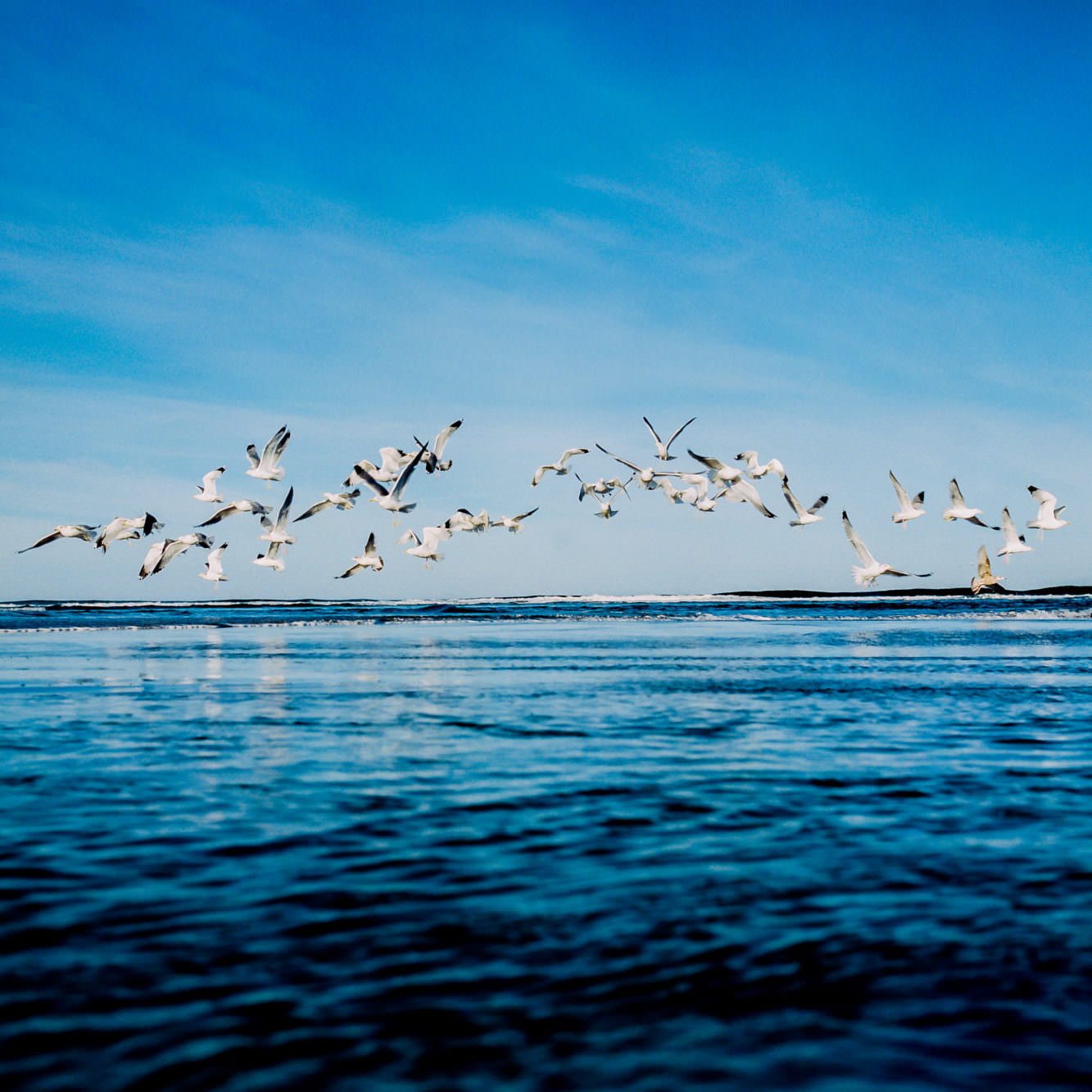 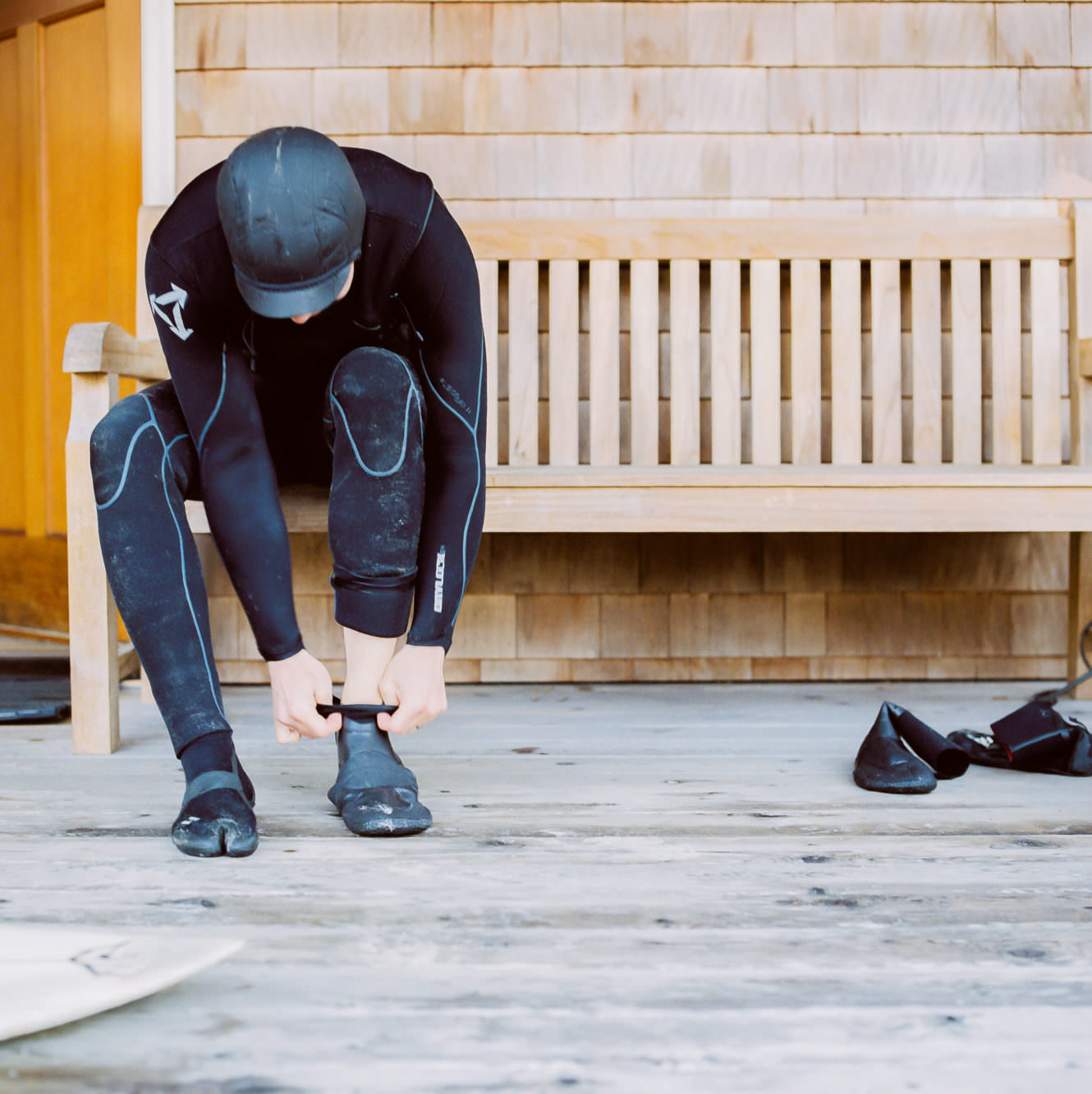 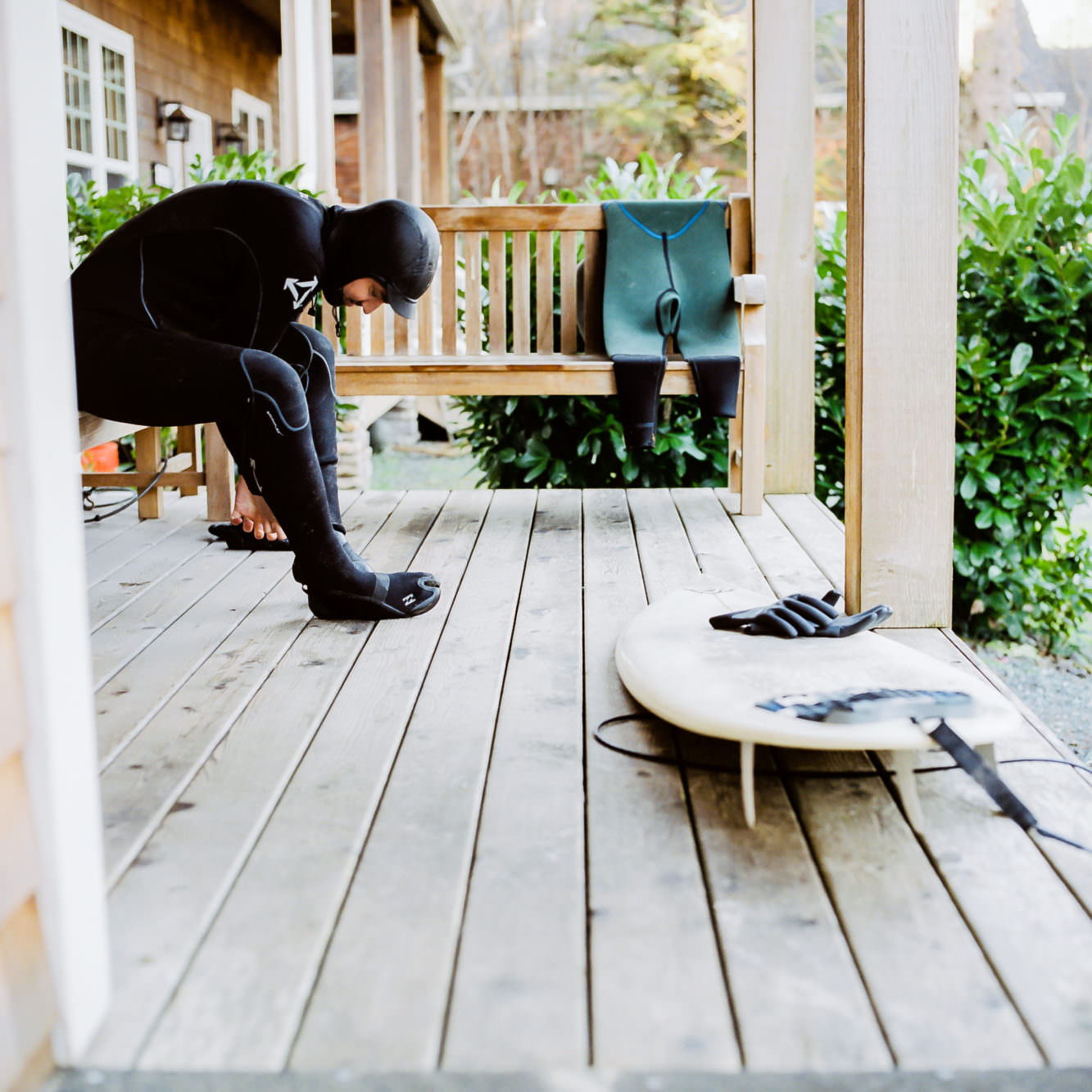 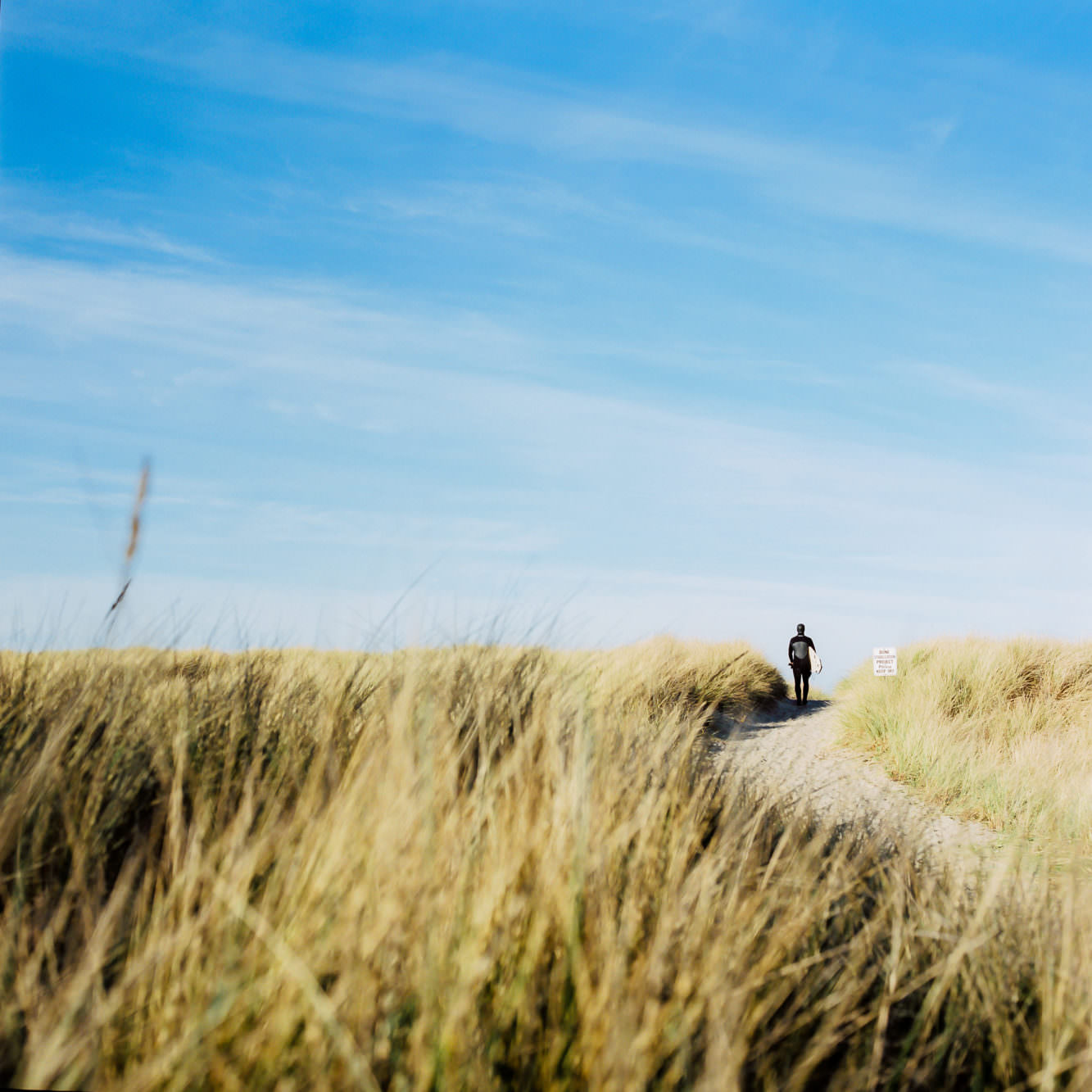 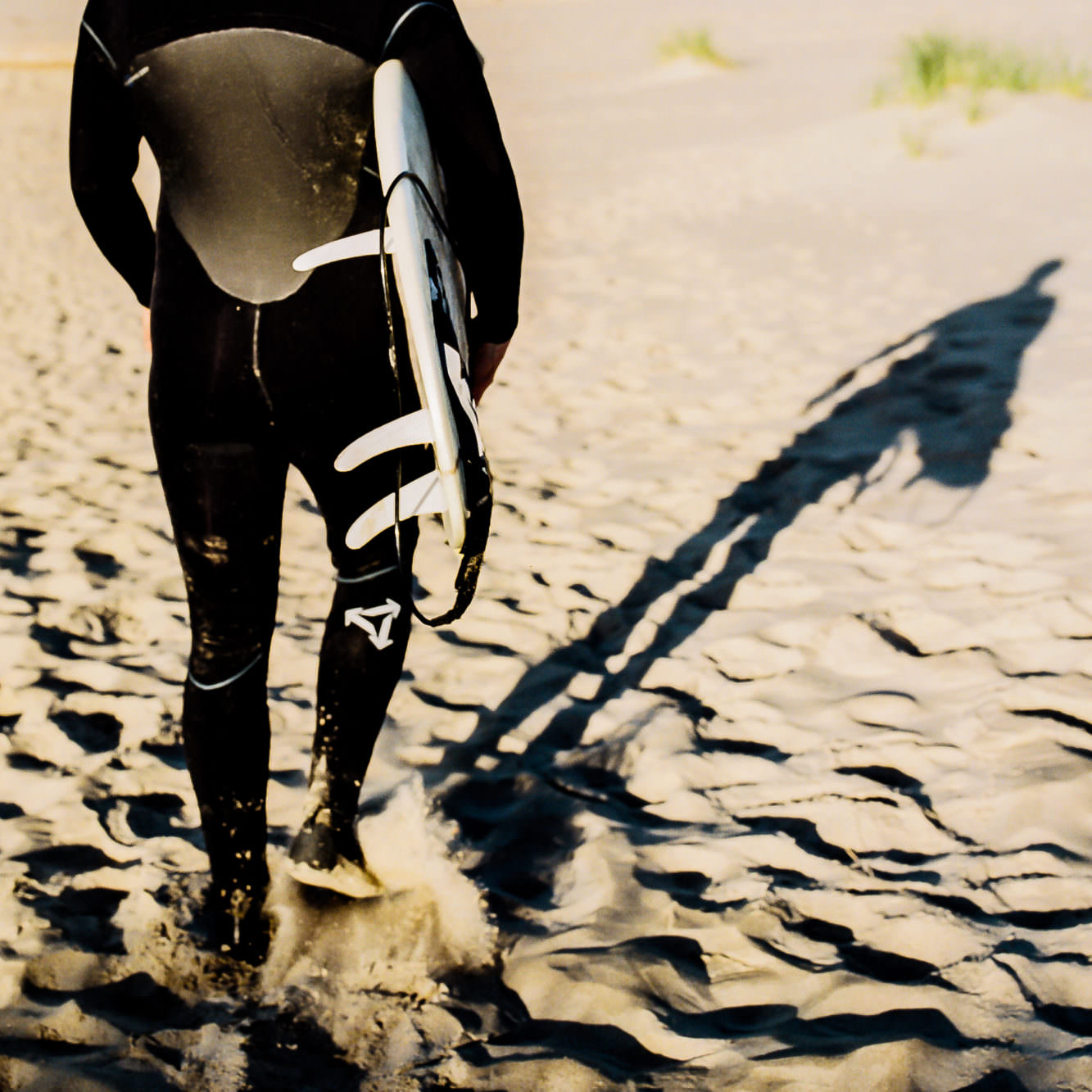 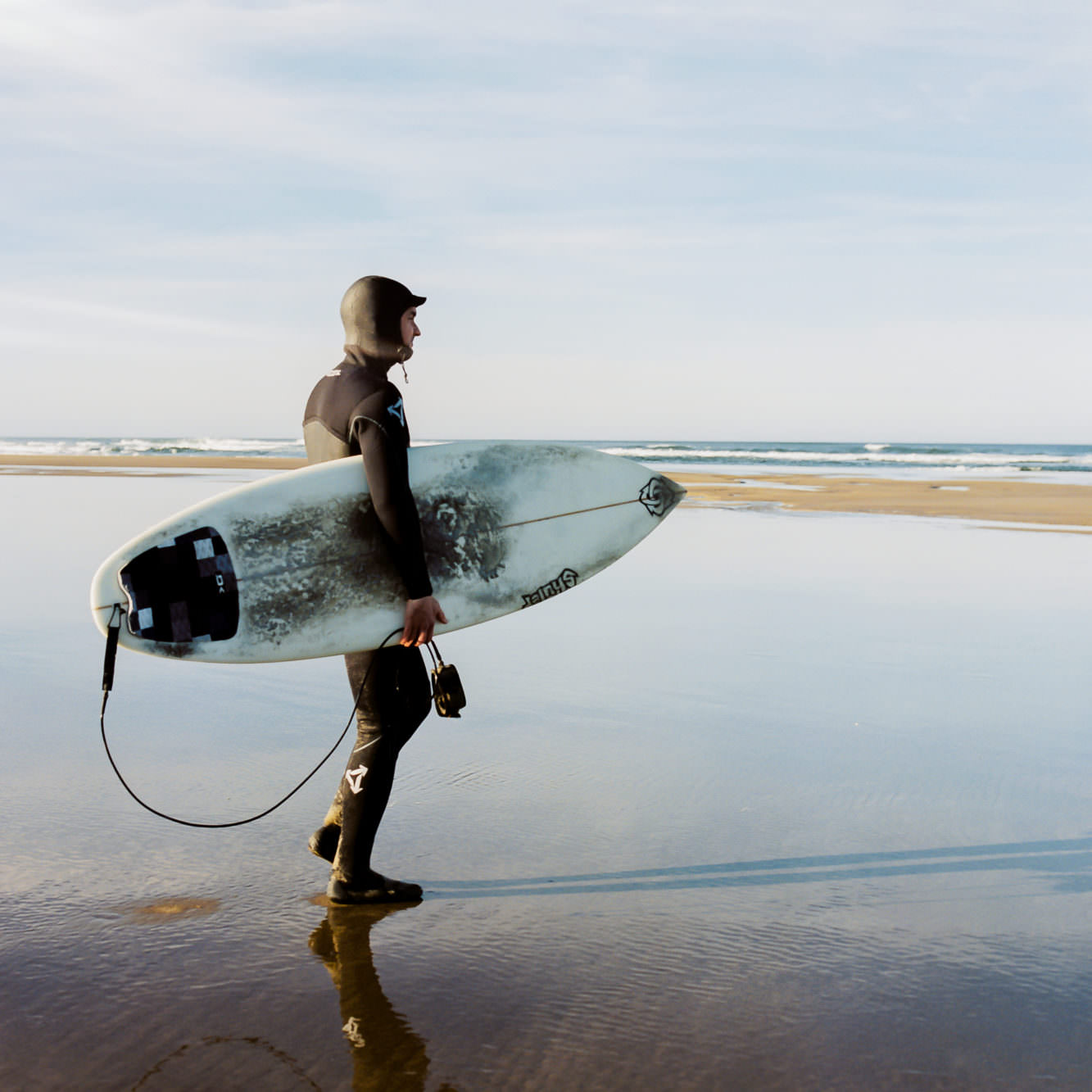 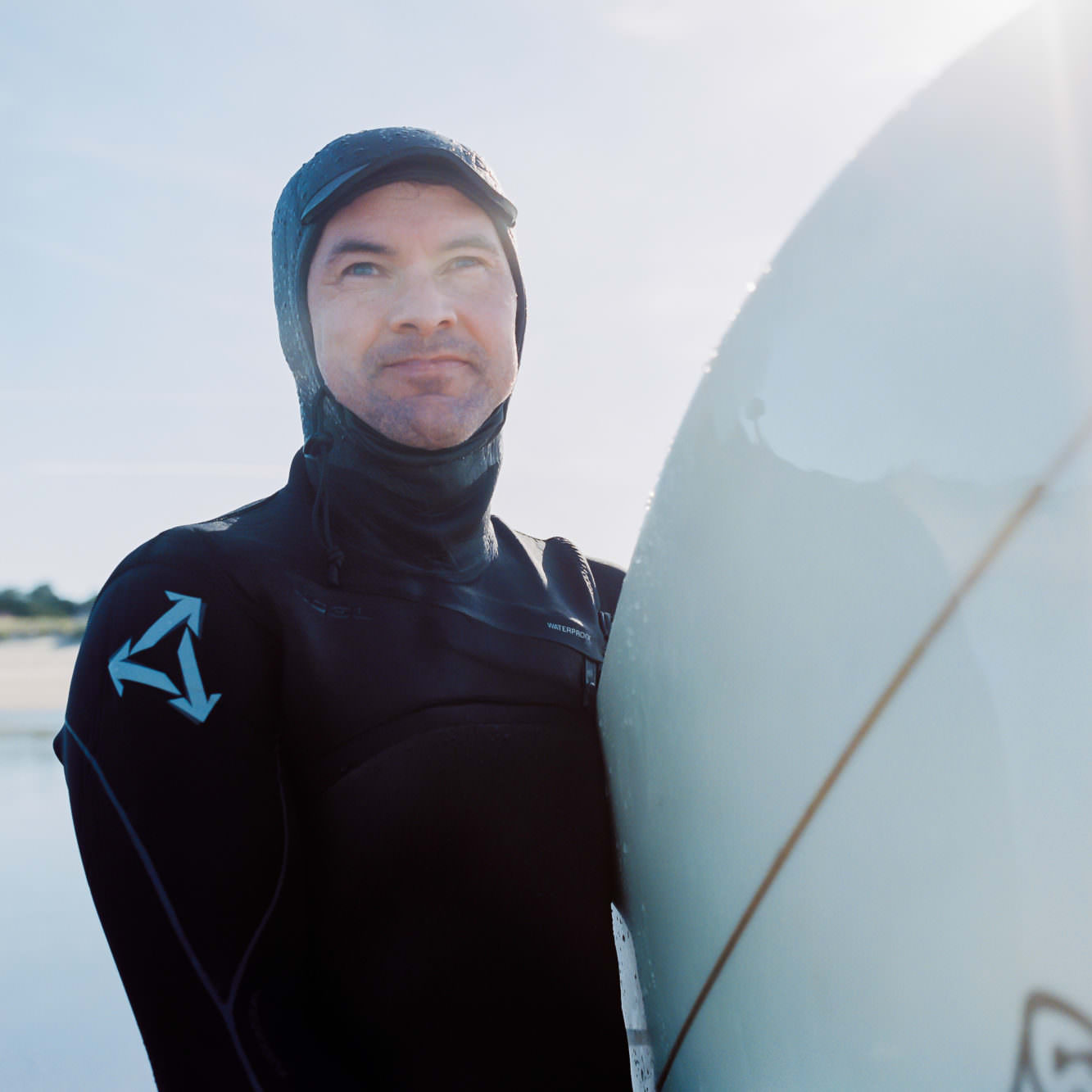 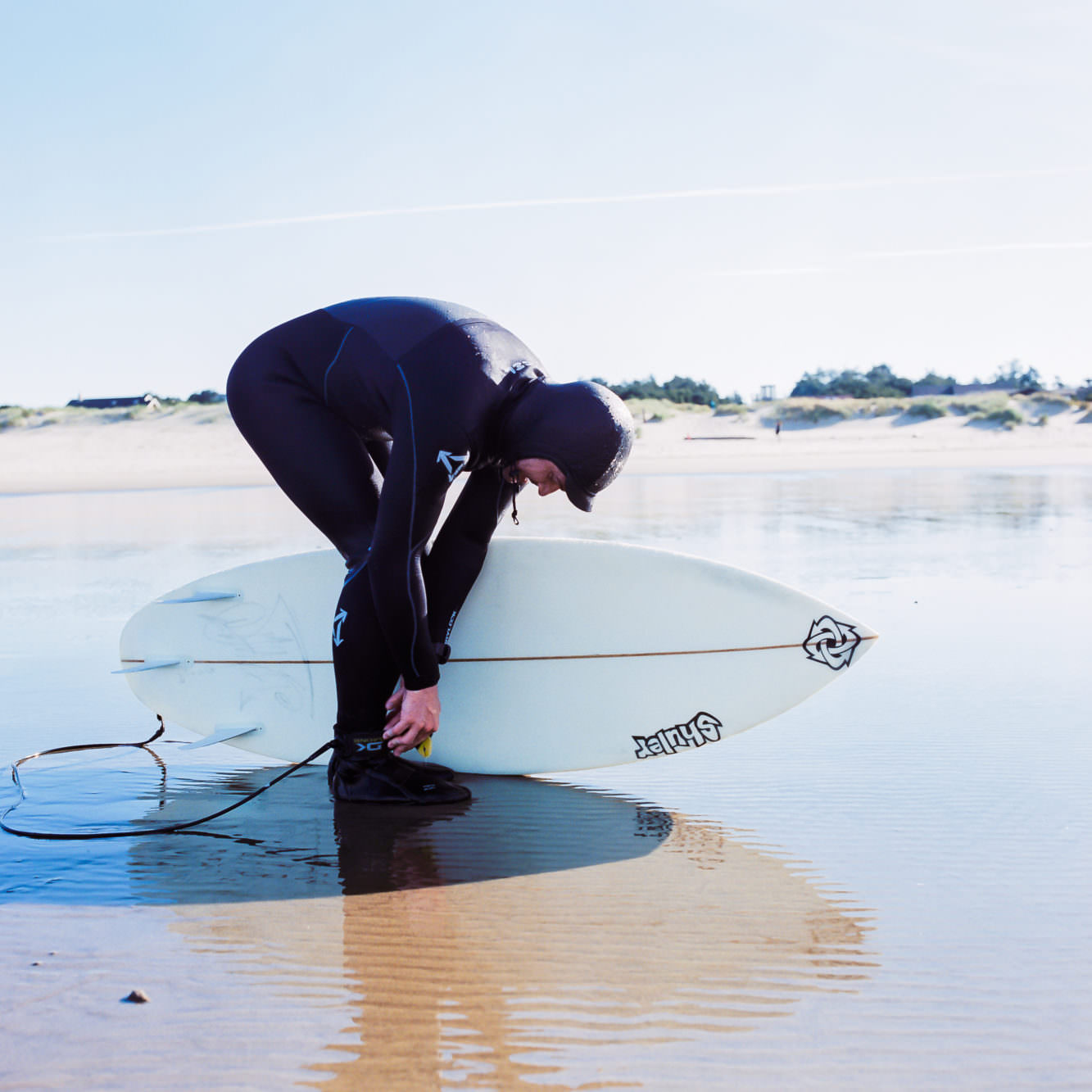 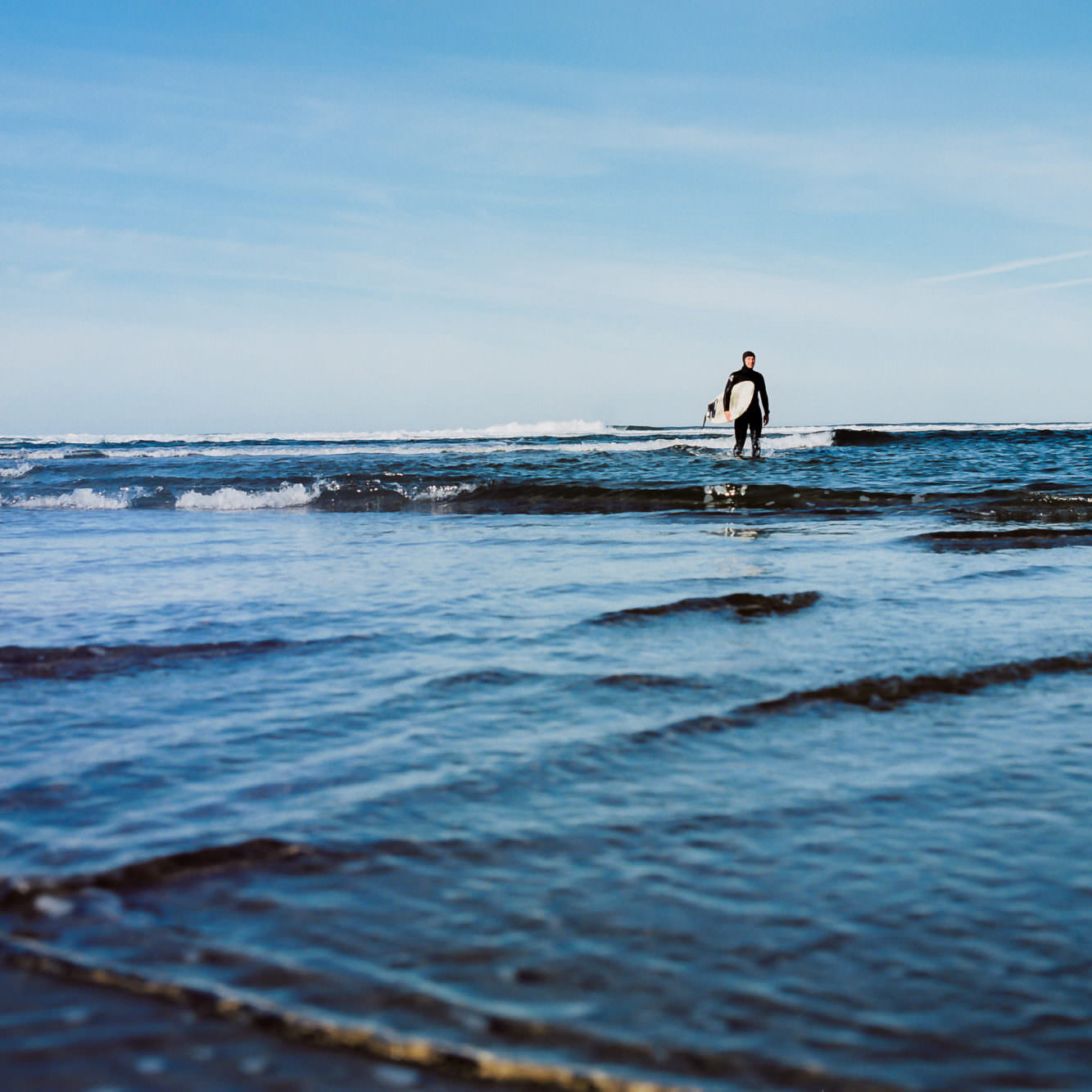 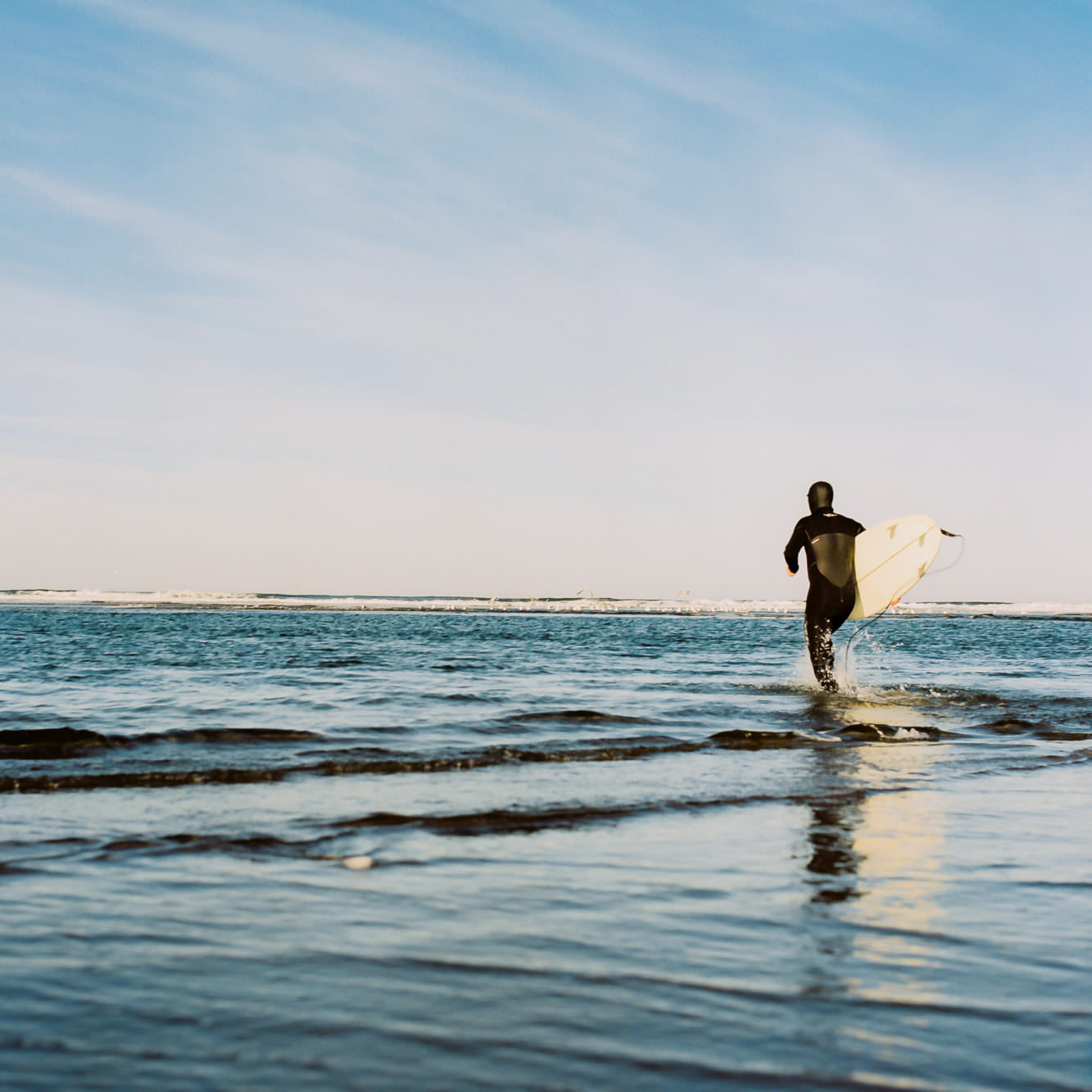 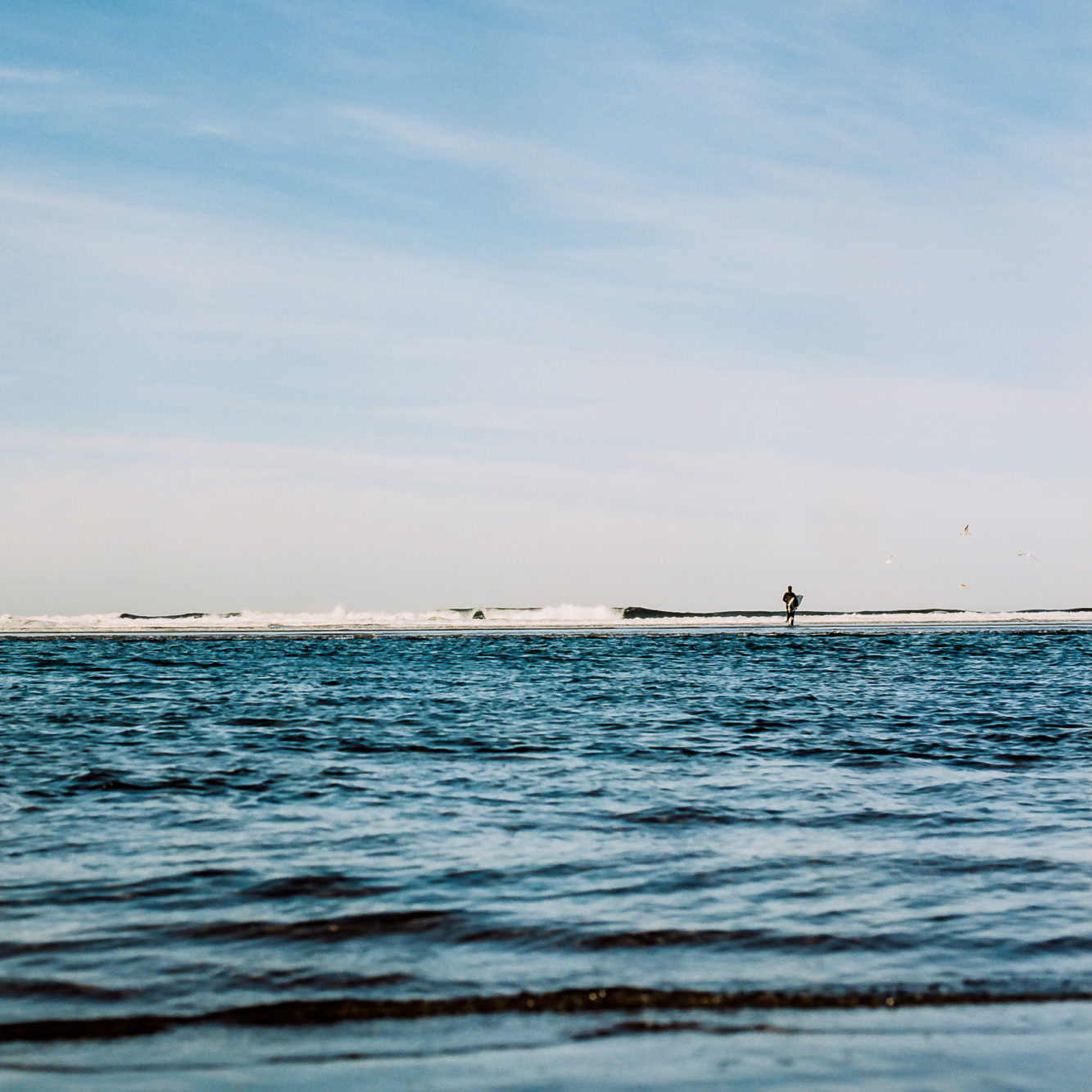 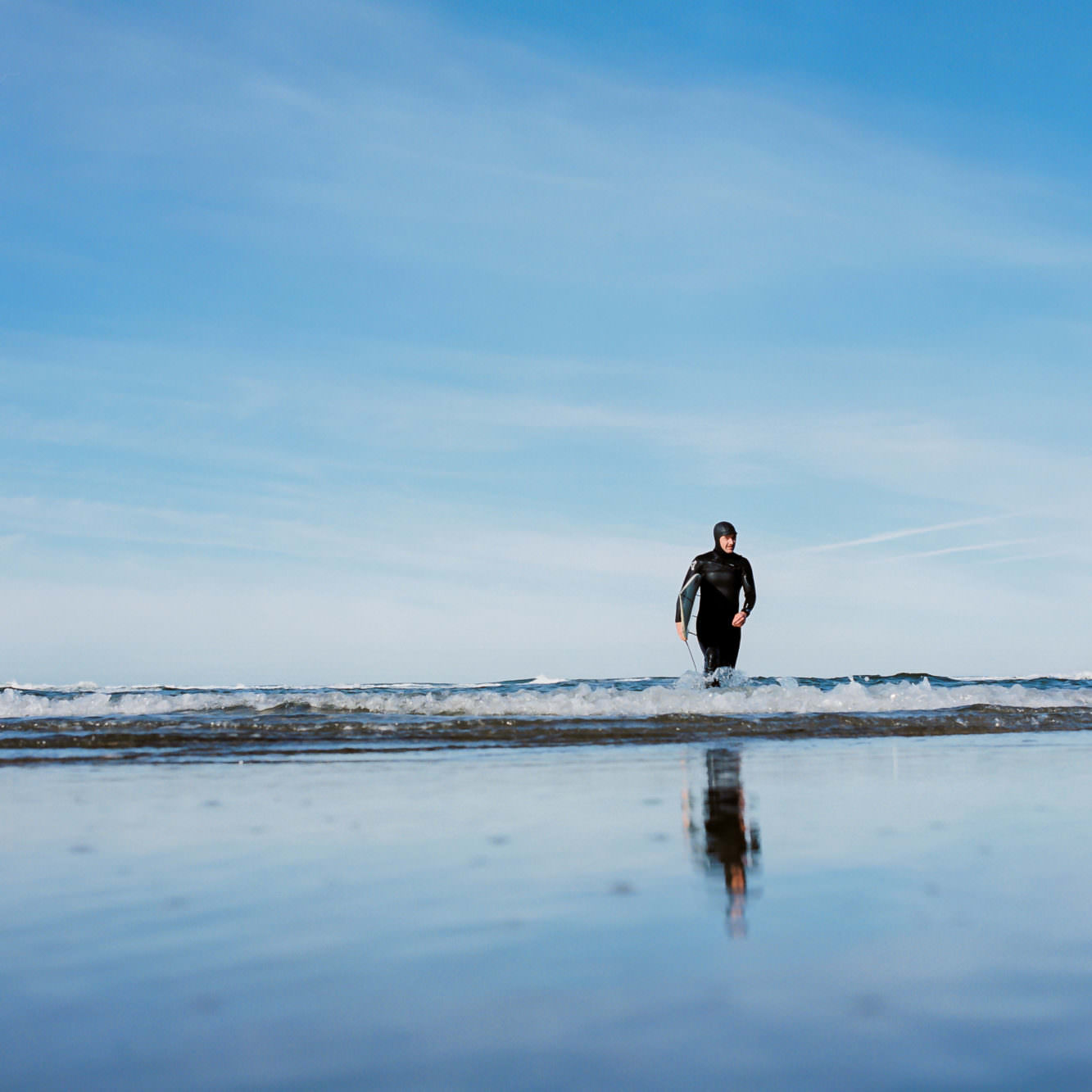 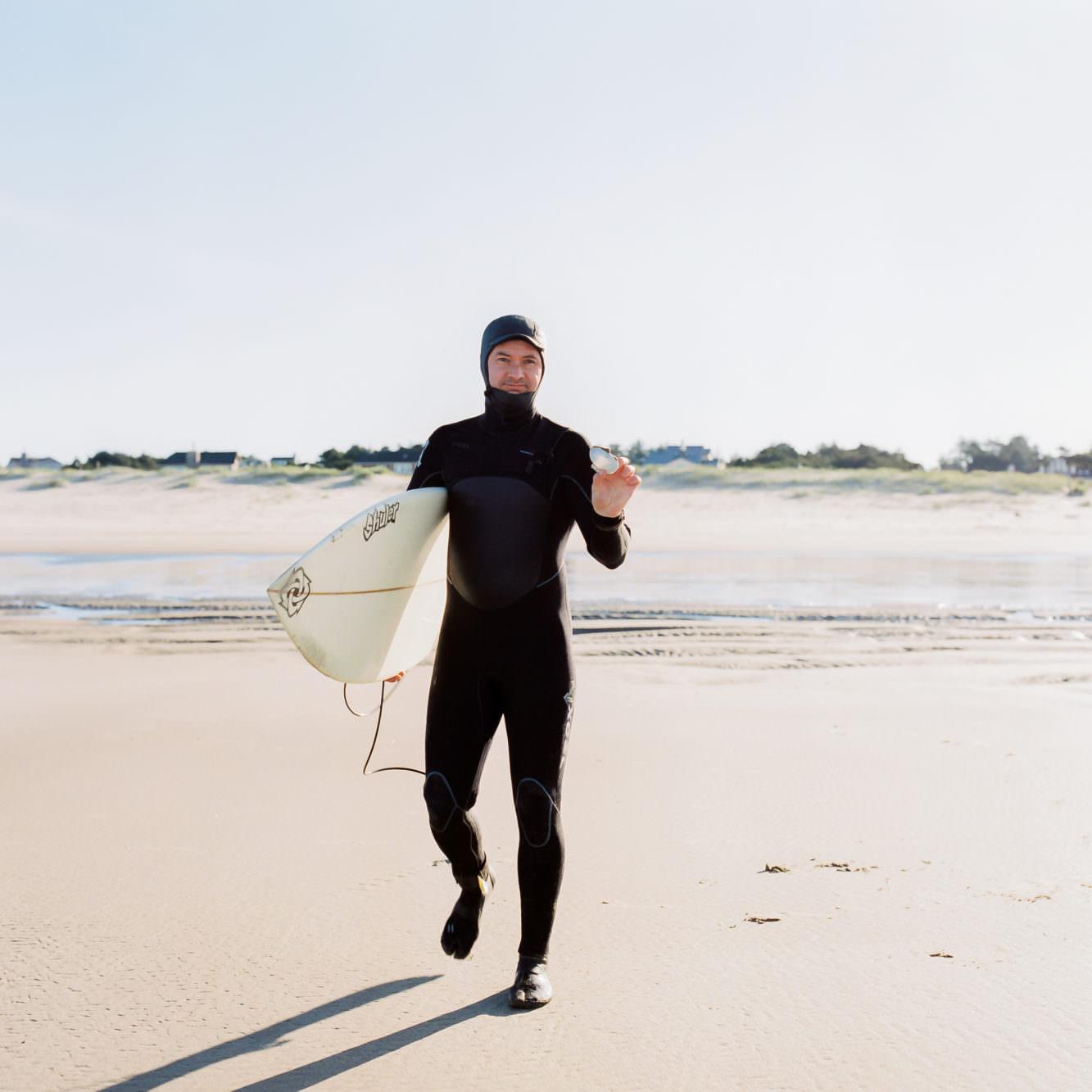 Early morning in the middle of spring we headed to a quiet beach spot in Manzanita, Oregon.

I loaded up my Hasseblad 500CM with Fuji 400h film and followed around Oregon Surfer, Andy Hargreaves, originally from San Diego, but now he calls Portland home.
He’s been surfing on the Oregon Coast for years.

Below we discuss the beauty of surfing the Oregon Coast,
the local surf spots and best surf boards and wetsuits for the chilly Oregon Coast.

The saying is cold, fickly and sharky.

WHAT MAKES SURFING ON THE OREGON COAST DIFFERENT COMPARED TO OTHER PLACES?

The saying is ‘cold, fickle, sharky’. And that sums it up pretty good. I’d also say that you can still do it by yourself, which is pretty rare.  The popular spots always have people, but there are miles and miles of coast with no one out where a surfer can be completely by him or herself.

TOP 3 PLACES TO SURF ON THE OREGON COAST:

Seaside Point:
Seaside point for wave quality, but watch out for the locals, they can be world class pains.

Seaside Point is located between the town of Seaside and Ecola State Park. Some of the best waves in the Pacific Northwest and best left-handed point break in North America.

Short Sands Beach:
Short Sands has one of the prettiest beaches–even the walk down to the beach is beautiful. It’s a part of Oswald State Park, located right outside of Cannon Beach. It’s known for reliable surf throughout the year. Which means it can get crowded.

Pacific city:
Pacific city gives you that all around Oregon vibe. Quiet and rustic – a nice getaway from Portland. And you have breathtaking views from Cape Kiwanda.

BEST BOARD TO USE FOR OREGON COAST WAVES:

Something with foam. Northern Oregon has a lot of mushy beach breaks that require paddling and a bird that can power through flats.

With whatever you choose, you’ll probably want it a bit wider and thicker than you’d ride somewhere else.

The water temp is usually in the low 50s, both in summer and winter, but the air changes a lot more. I use a hooded 5-3 year round. On warm days, I’ll go with 3mm booties and no gloves. On cold days, I go gloves and 5mm booties.