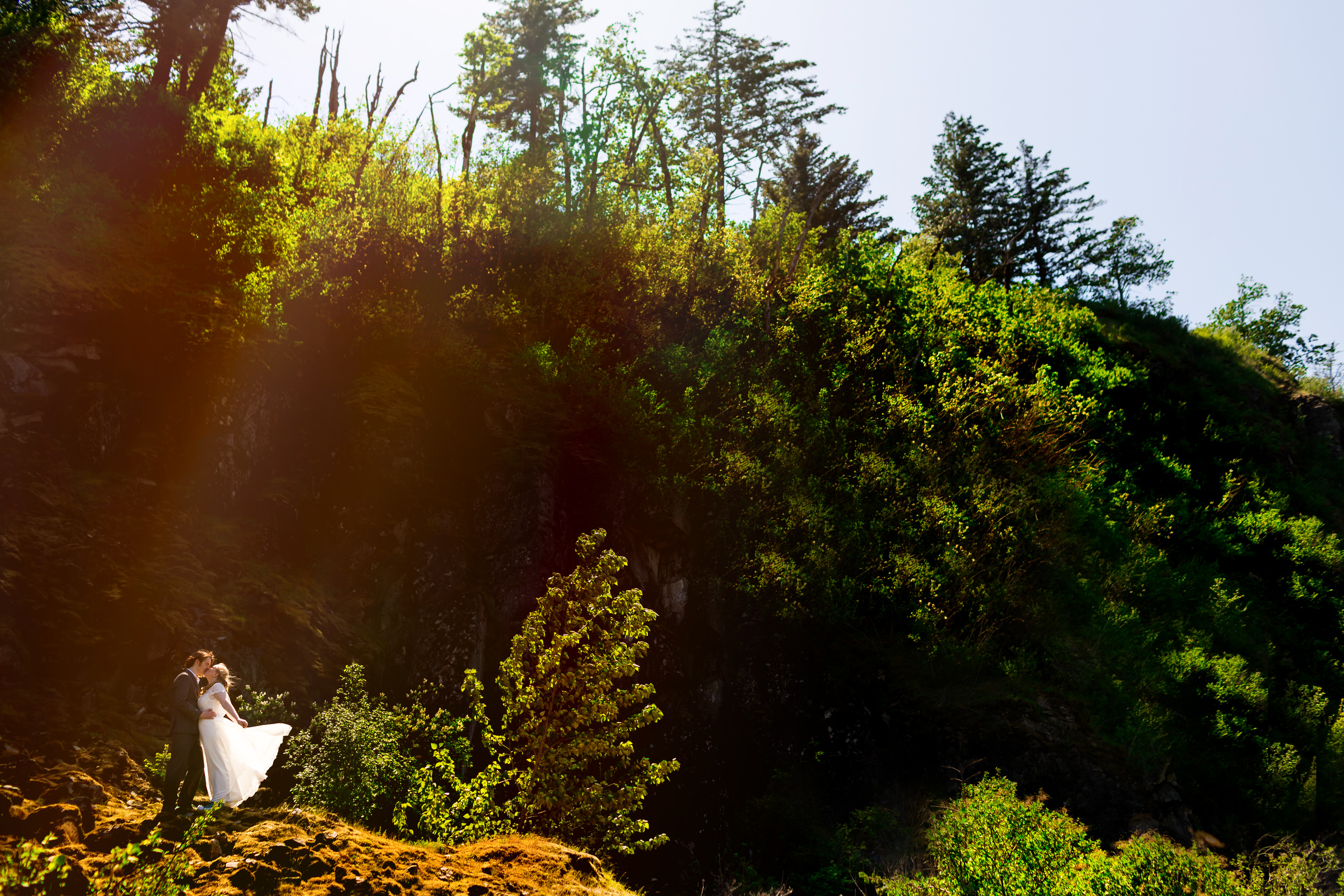 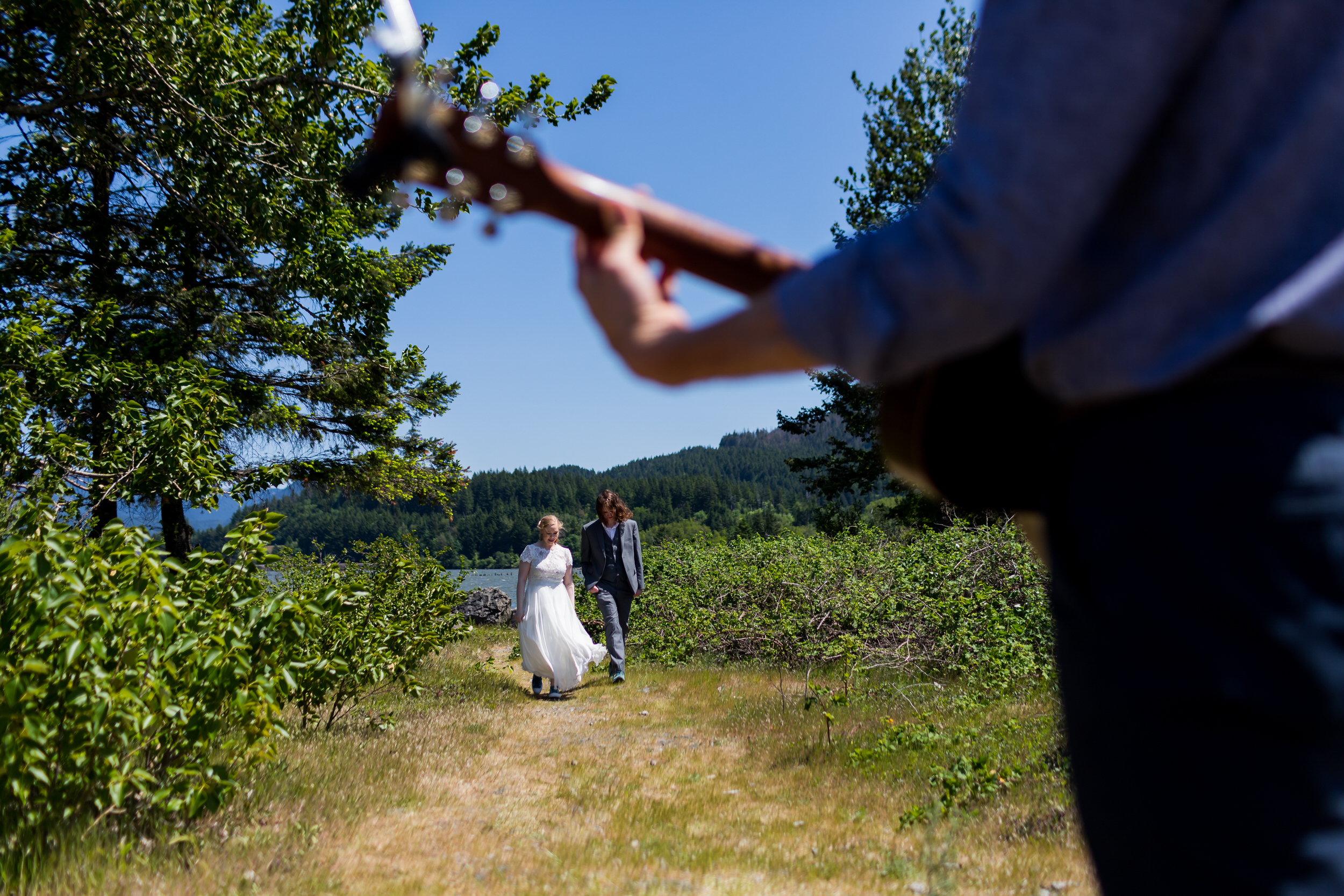 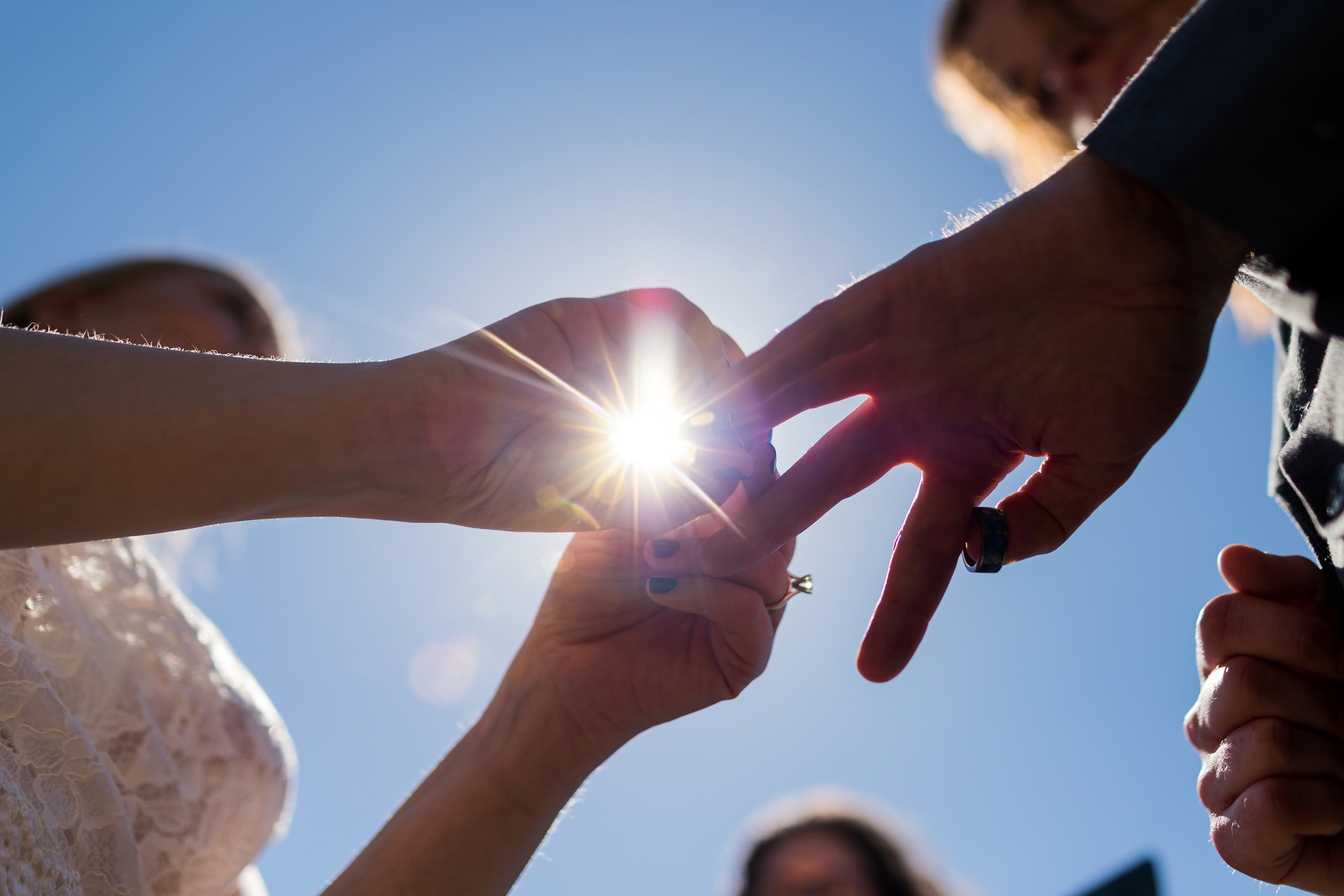 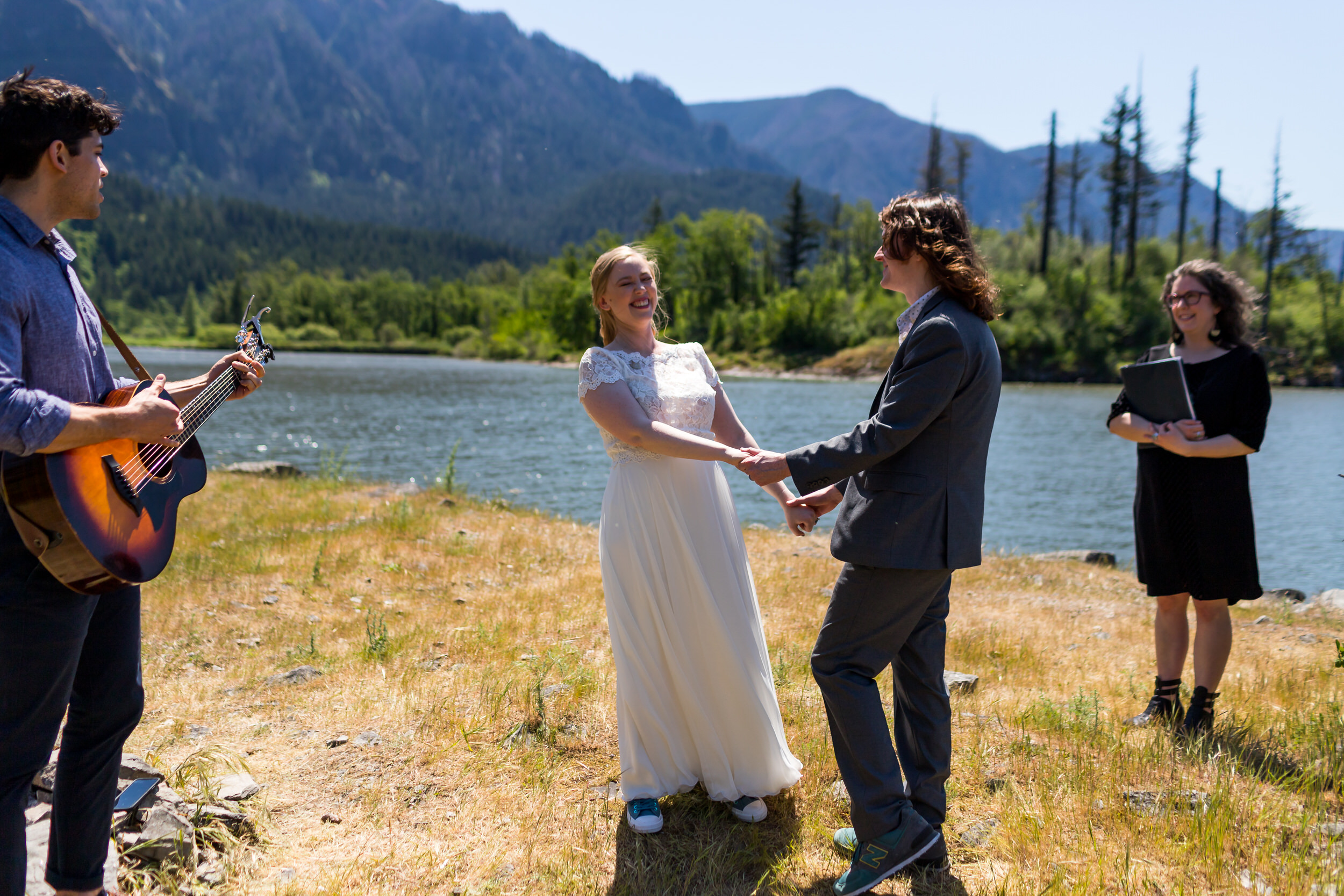 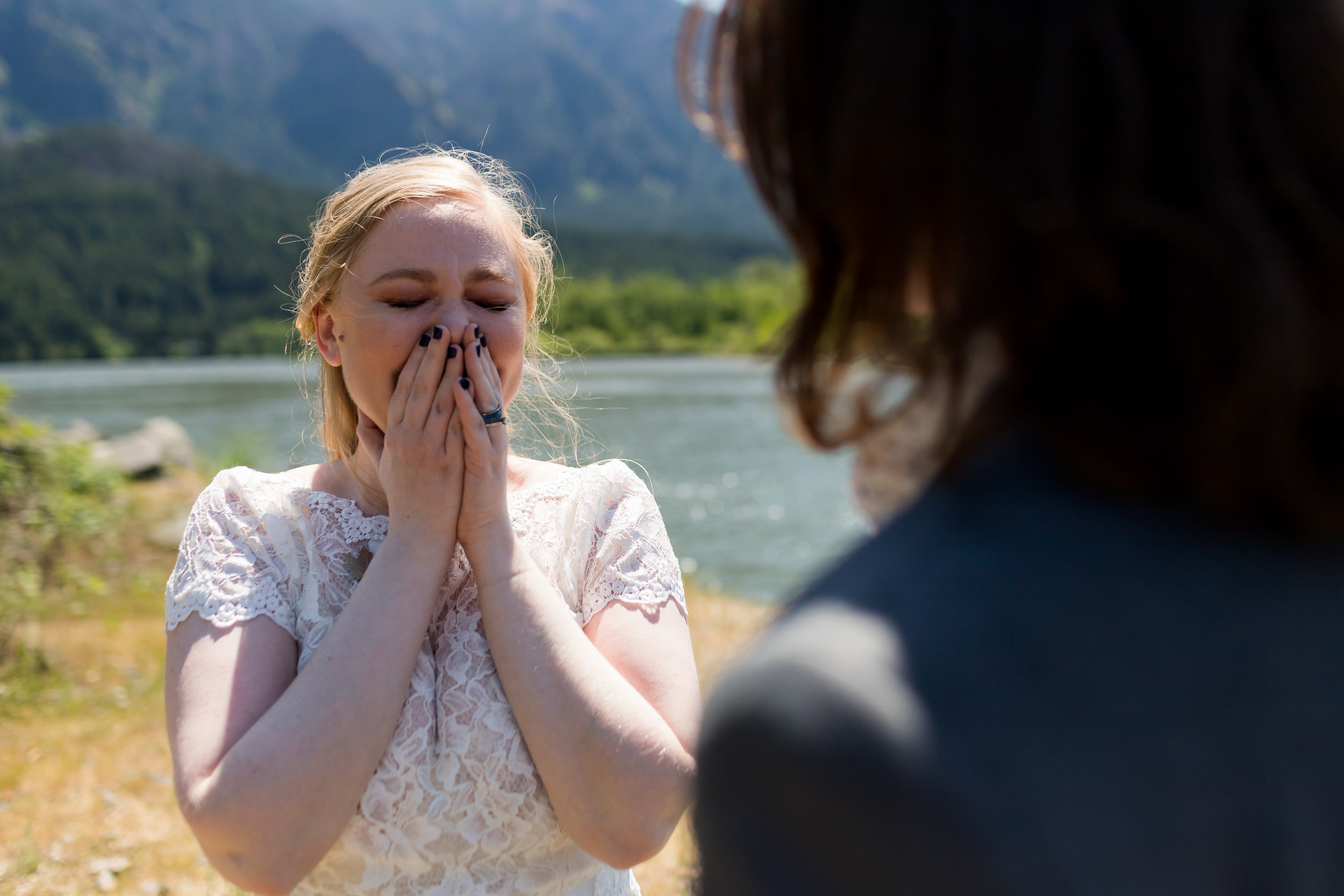 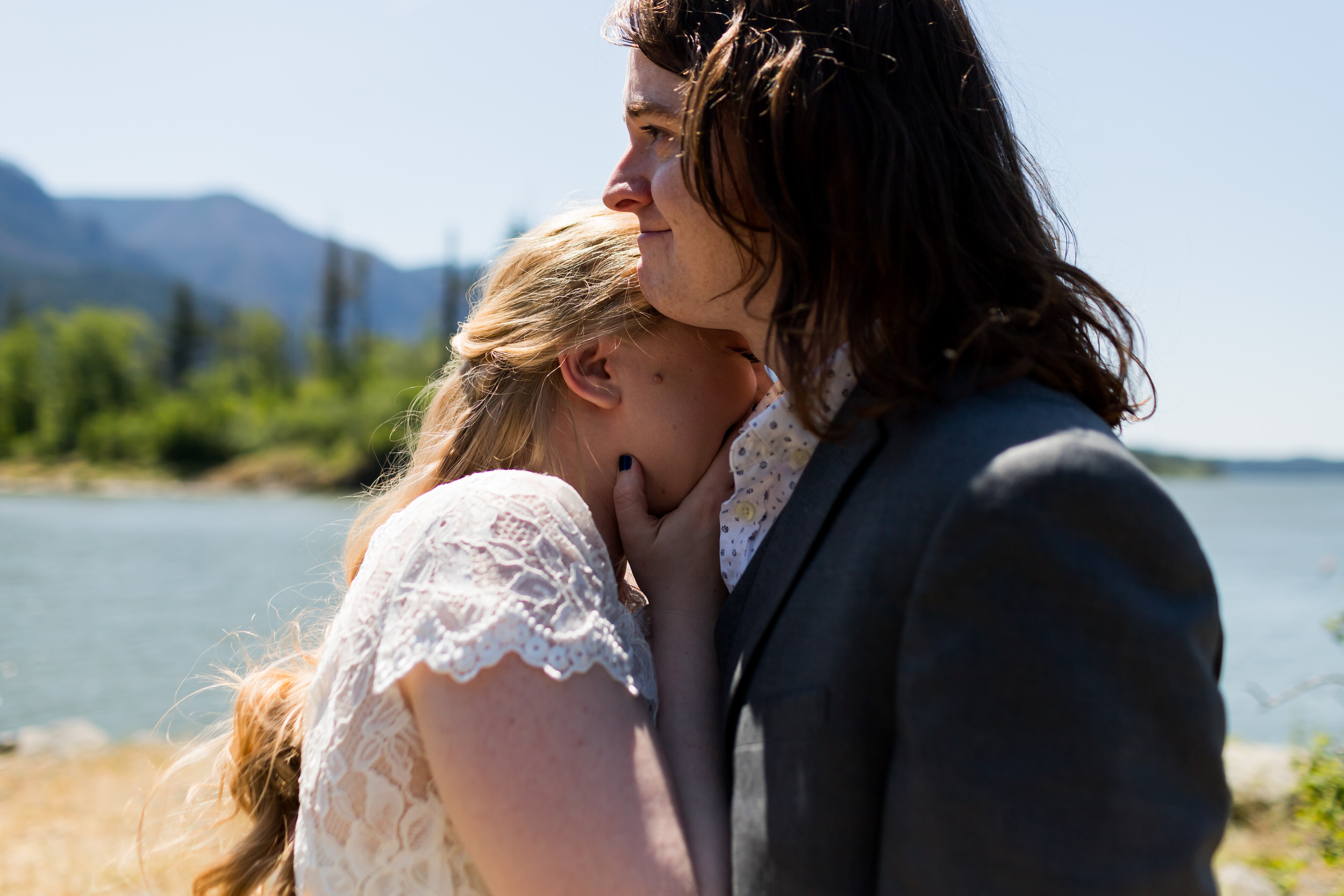 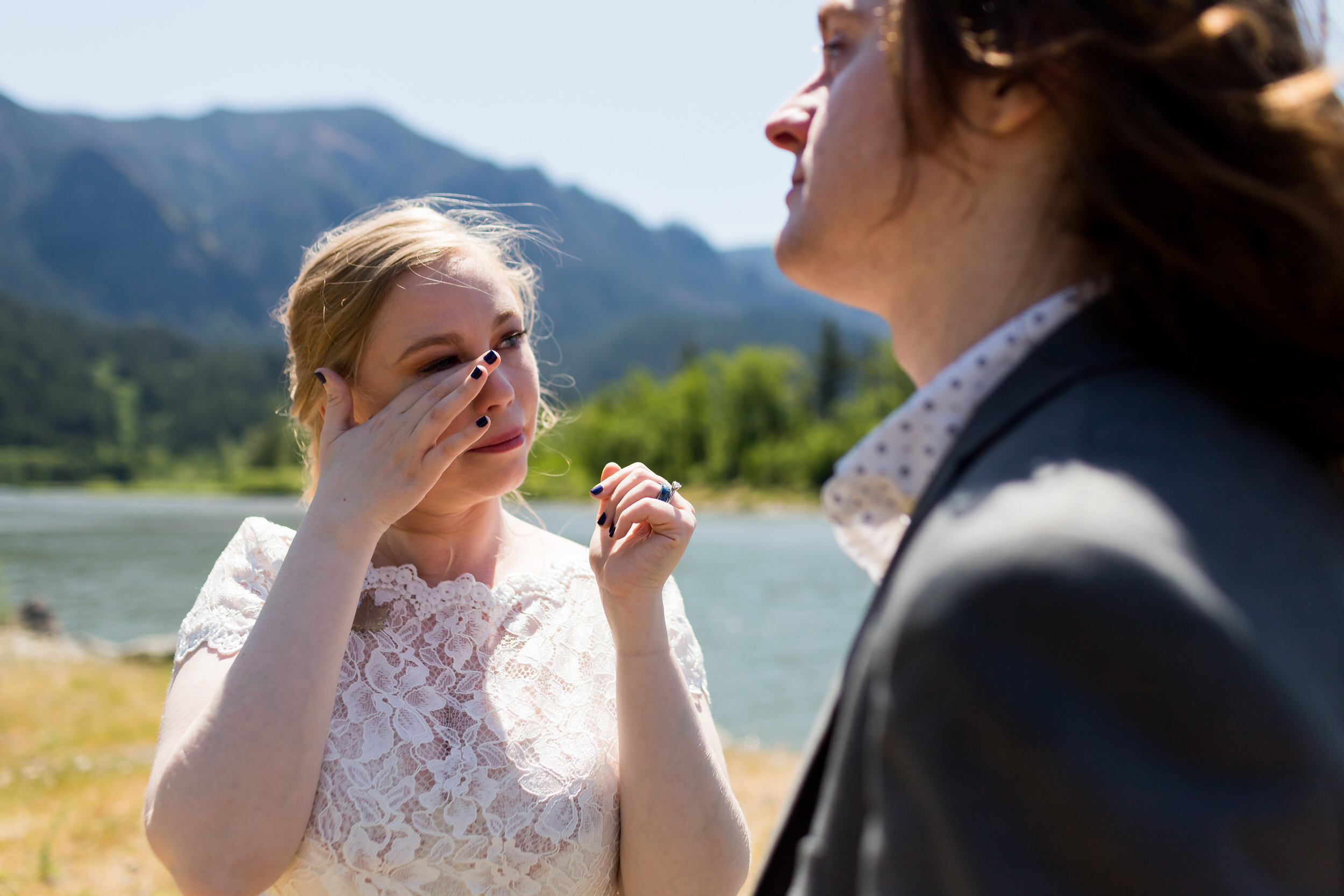 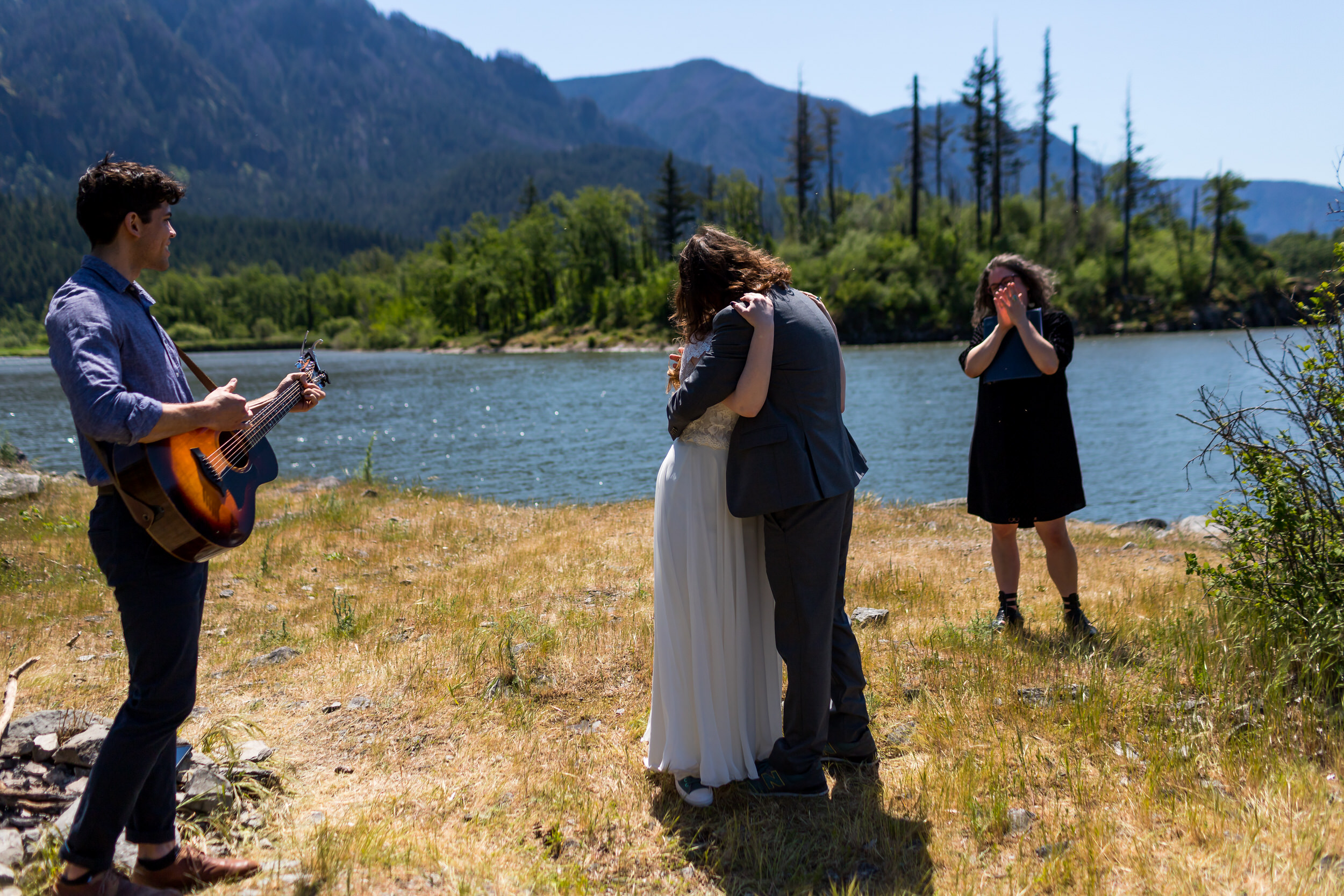 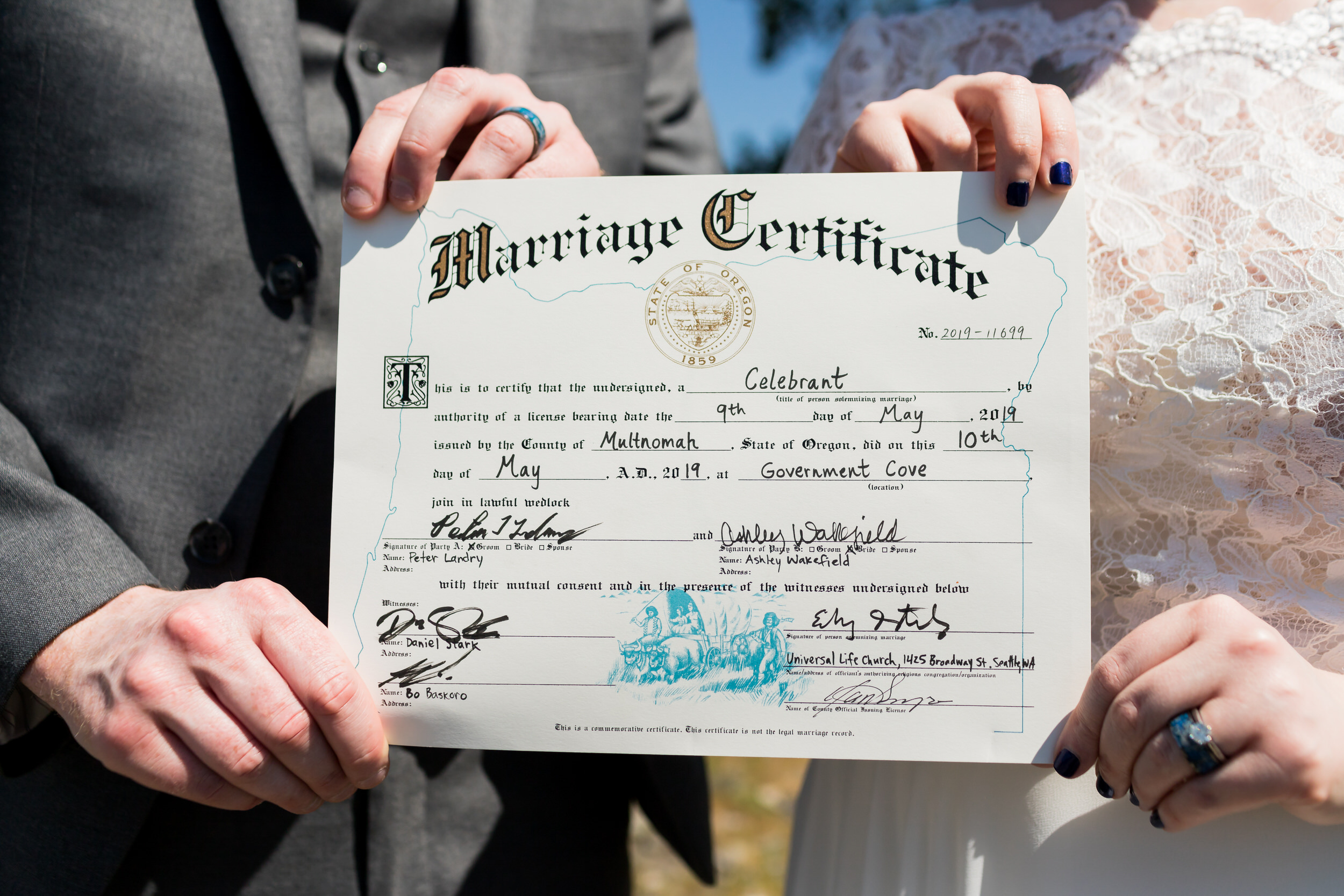 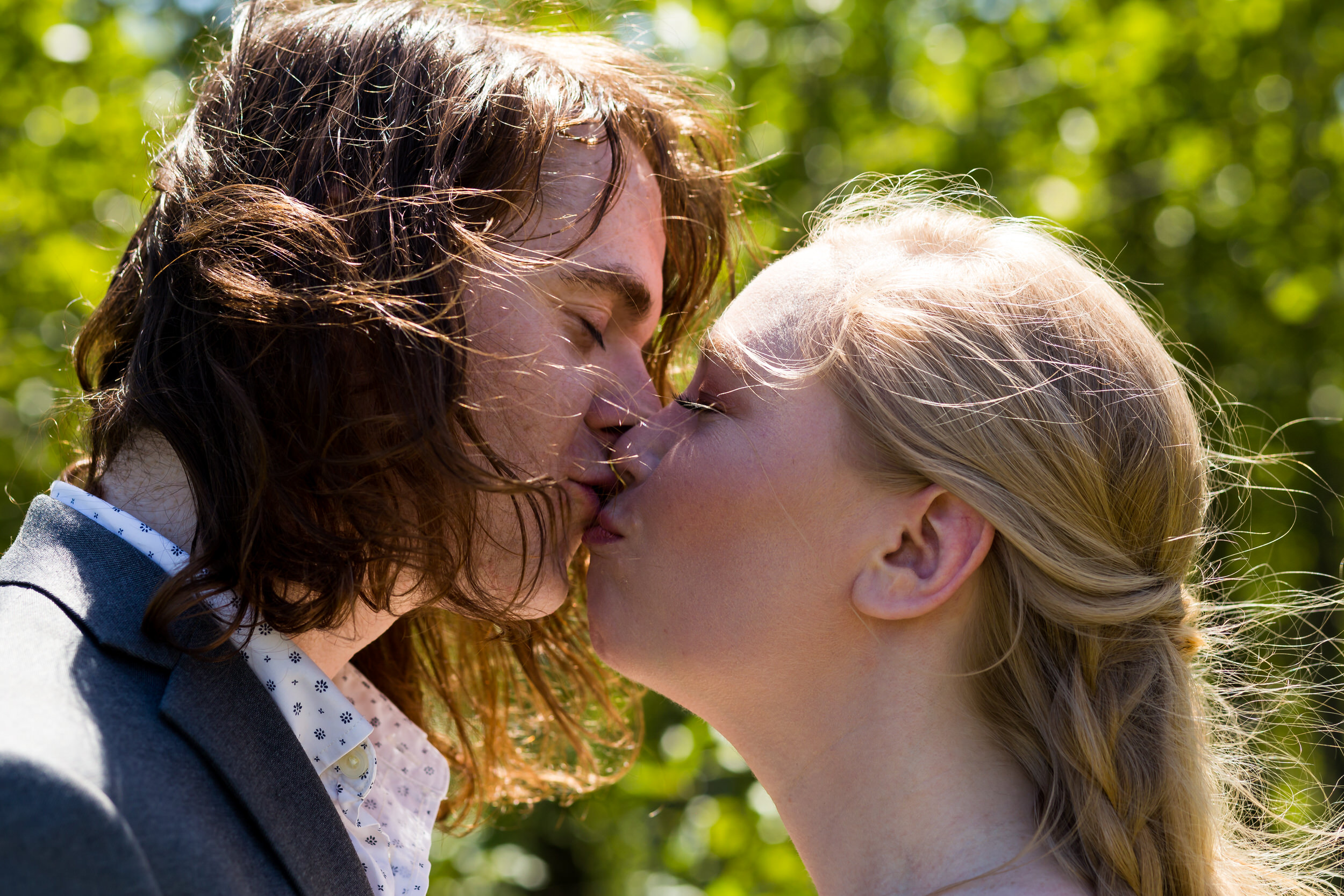 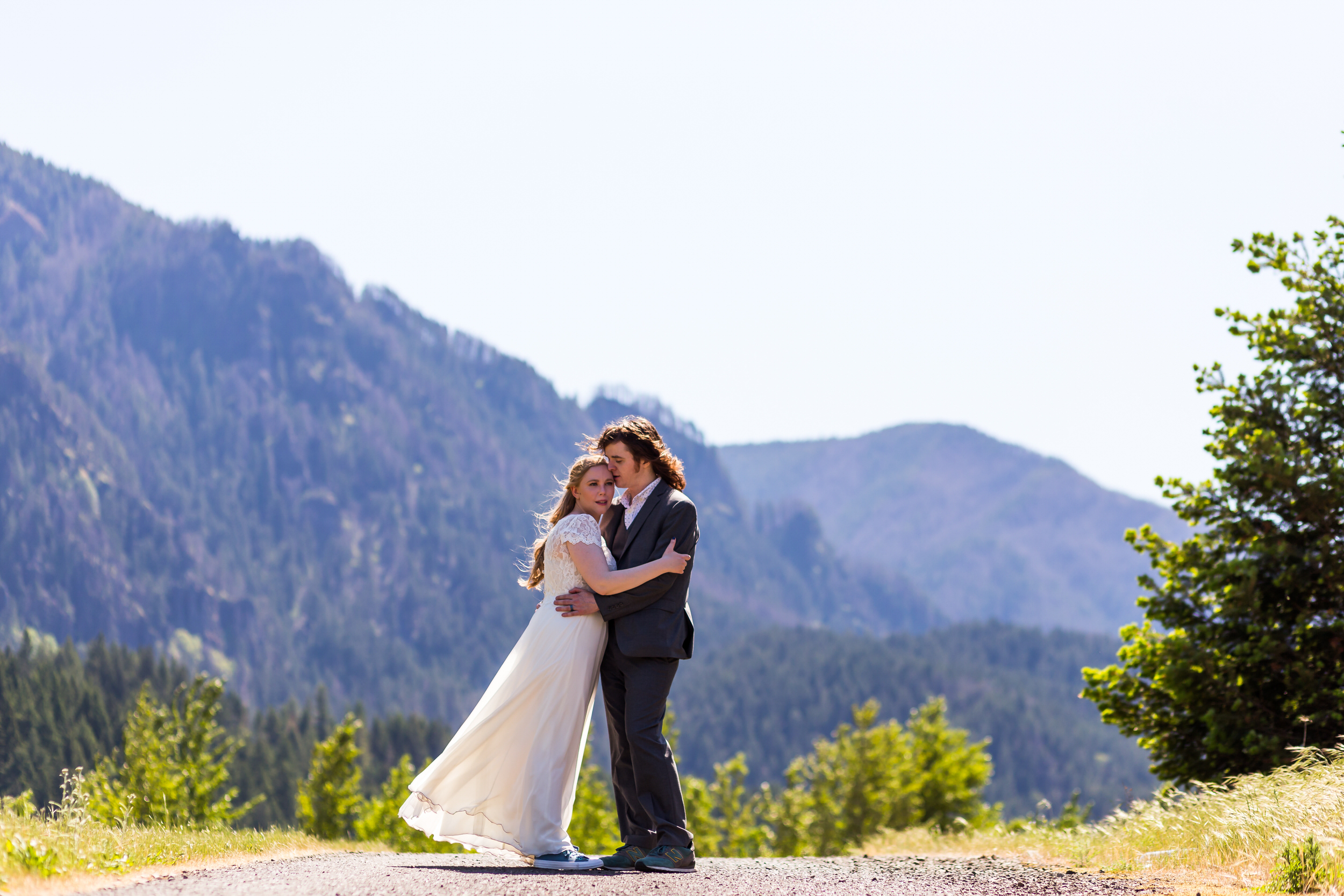 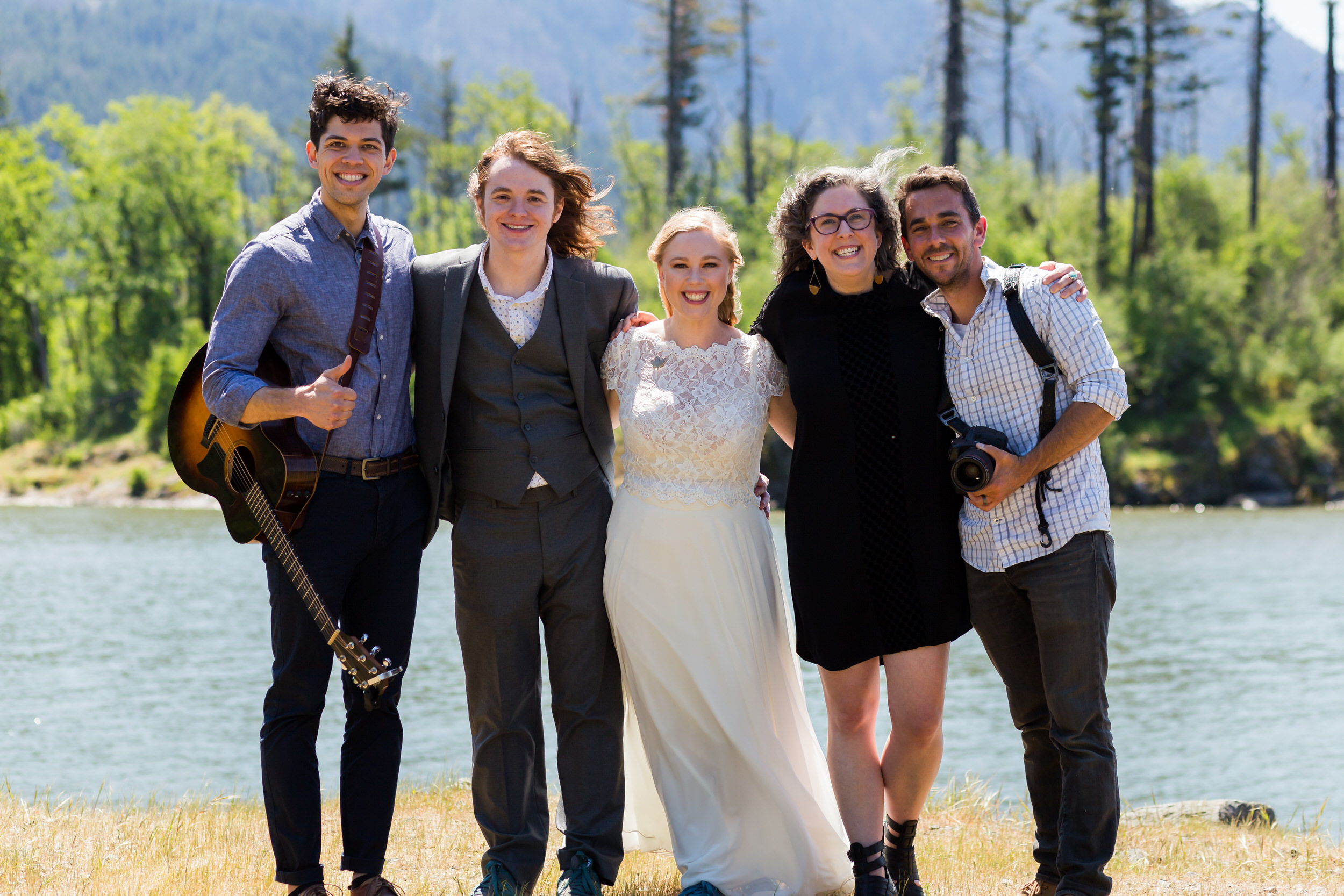 Ashley and Pete hail from Massachusetts but they wanted a true elopement. A romantic, run away together and tie-the-knot kind of affair.  were planning a west coast elopement, and didn’t know where to start. So they asked an east coast photographer. for recommendations and thankfully our name was sent their way (Thank you Ben and Erin!) Needless to say, it was a perfect match from the start.

Ashley was easygoing, relaxed and open to anything as she and Daniel exchanged emails regarding their Oregon elopement. Initially Ashley and Pete had found the beautiful backdrop of Mt. Hood from Trillium Lake as their wedding destination. It was just going to be Ashley, Pete, Daniel and an officiant. When there’s no guests, there’s no problem in going with the flow in whatever changes may occur. Which is a very good thing because some changes did indeed occur! Ashley and Pete’s elopement was scheduled for early May and unfortunately the week before, we discovered that the road to Trillium Lake was still snow packed with no access by car. A bit of a bummer, but at the same time, there is no shortage of gorgeous elopement locations in Oregon. Since we have shot hundreds of weddings in Oregon, it didn’t take us long to develop a backup plan for these two.

The backup plan was a sweet little nook of a location, Government Cove. Set along the stunning Columbia Gorge, it’s unlike anything you’ve ever seen. The gorge is massive, lush, very Pacific Northwest and quite simply put…awe inspiring. We quickly sent this idea to Ashley, to which she replied, “Yes, we love it!”

When the day arrived, Ashley and Pete added an extra fun element in the form of Bo Baskaro, a musician who played acoustic tunes throughout the entire ceremony and portrait time. It was such a lovely and special soundtrack to the day. Their officiant was the wonderful Emily Sterling of Rooted & Wild. We (yes, Daniel too- he was the witness!) signed the marriage license on Emily’s car. She is just one cool officiant- you all should hire her! :)

Ashley and Pete’s vows were emotional, sensitive and an honor to capture. Tears were shed by pretty much everyone, and Bo serenaded us into a sweet portrait session set against the mountains and the river. We snapped a group photo to commemorate this special experience. While we normally don’t jump in front of the camera, it was at Ashley’s insistence that we stop and capture the whole team together. Our time together was brief, and we hope that Ashley and Pete will come back to Oregon again to hang with us. Elopements are a bit of a bonding experience for everyone, and we’re so happy to now know these two. Congrats Ashley & Pete!