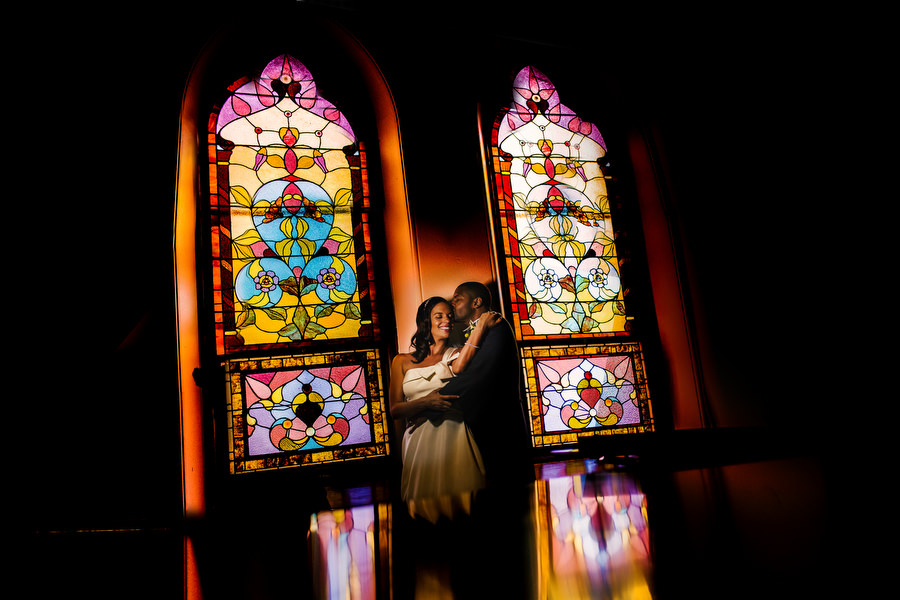 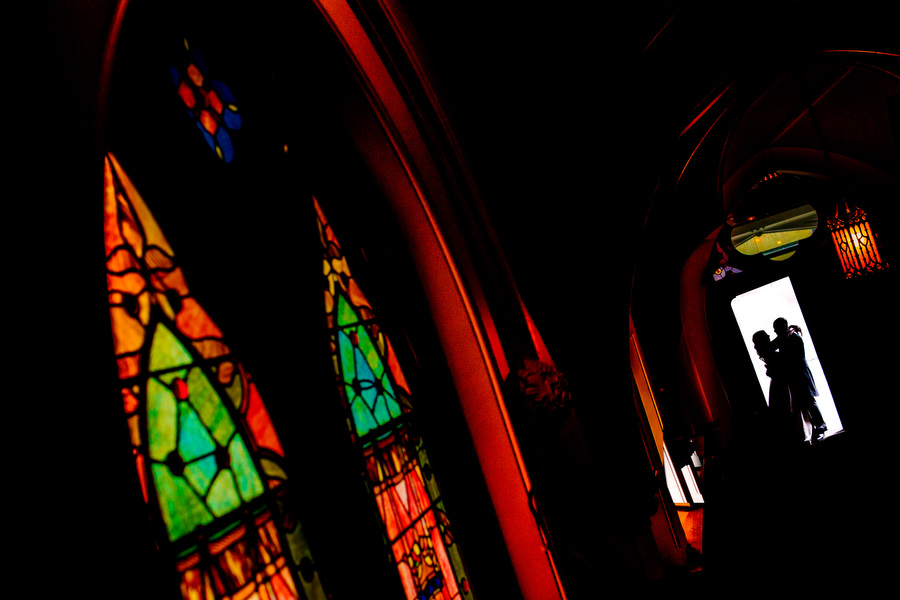 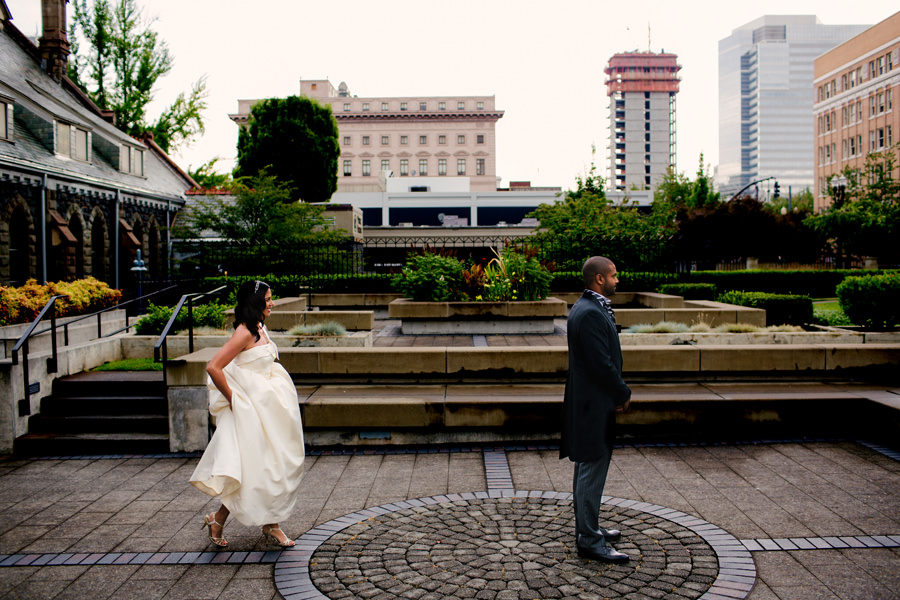 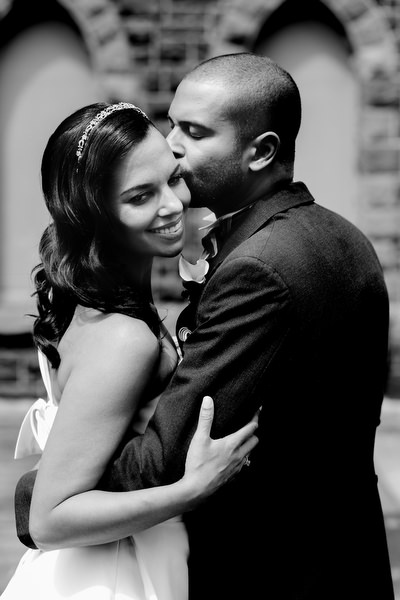 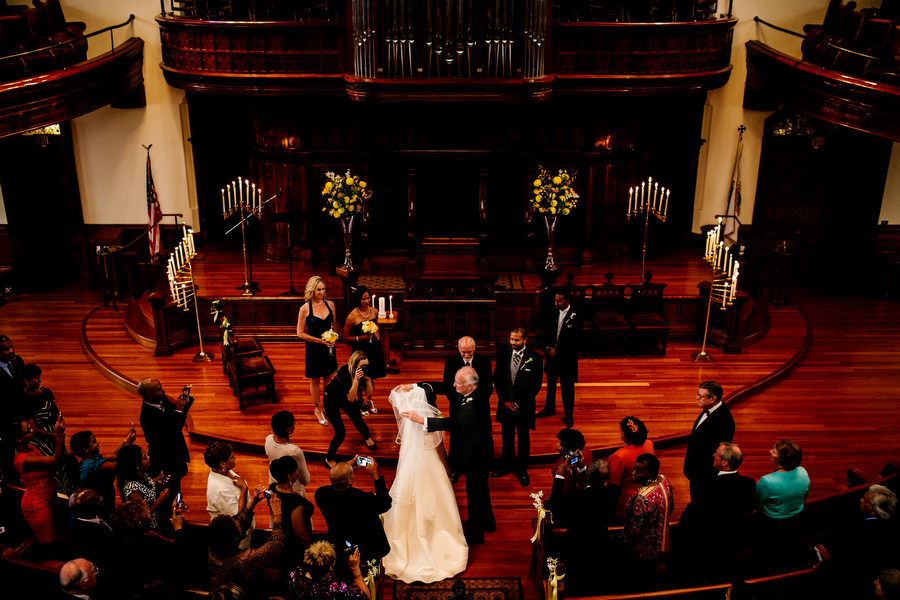 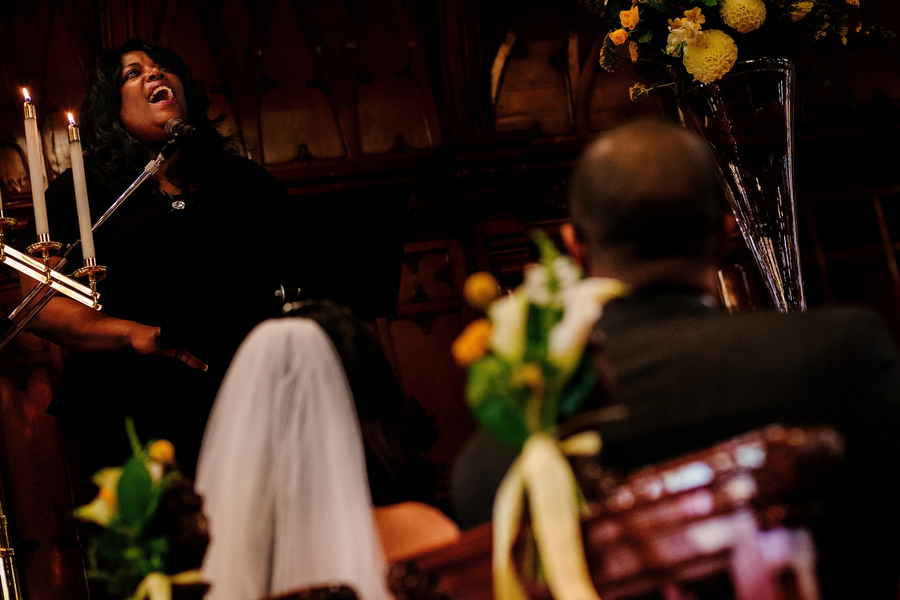 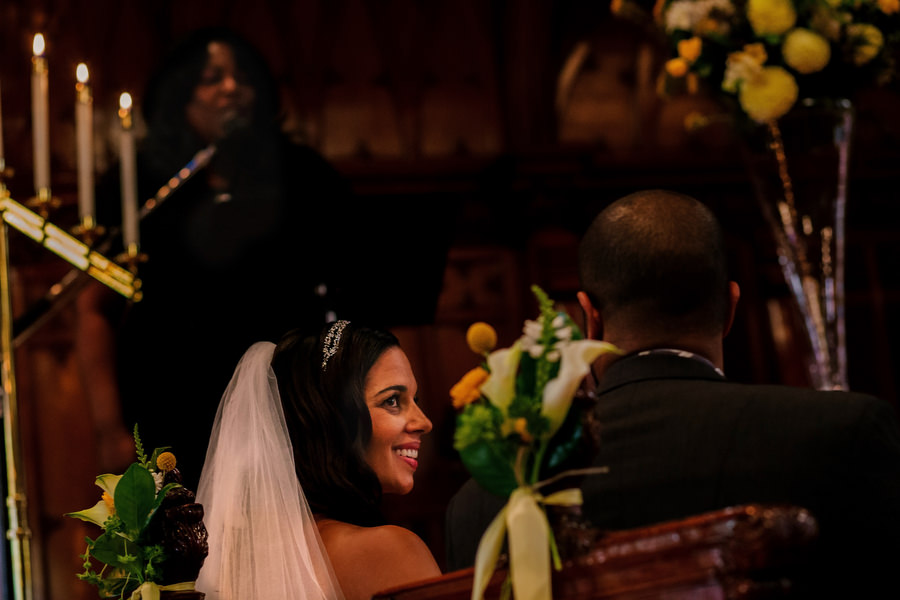 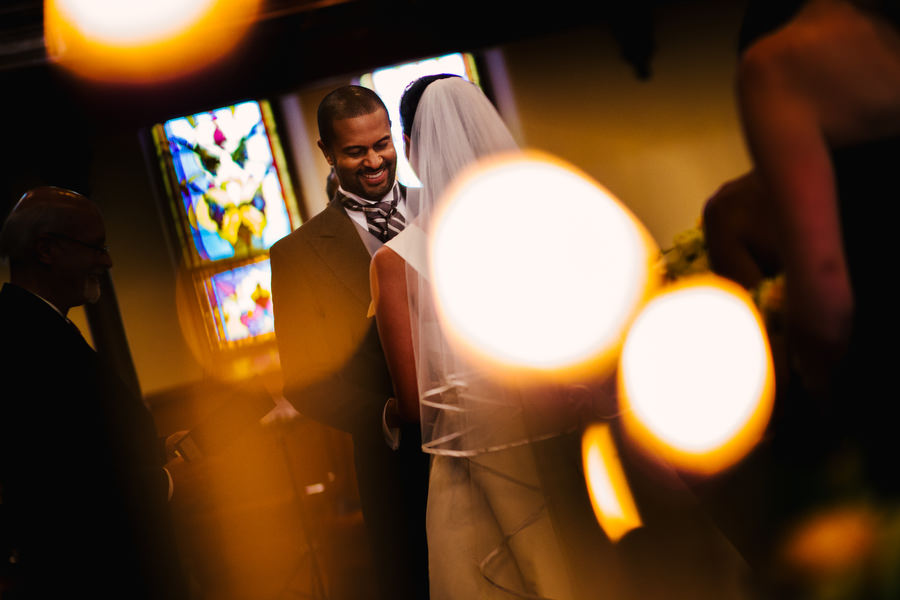 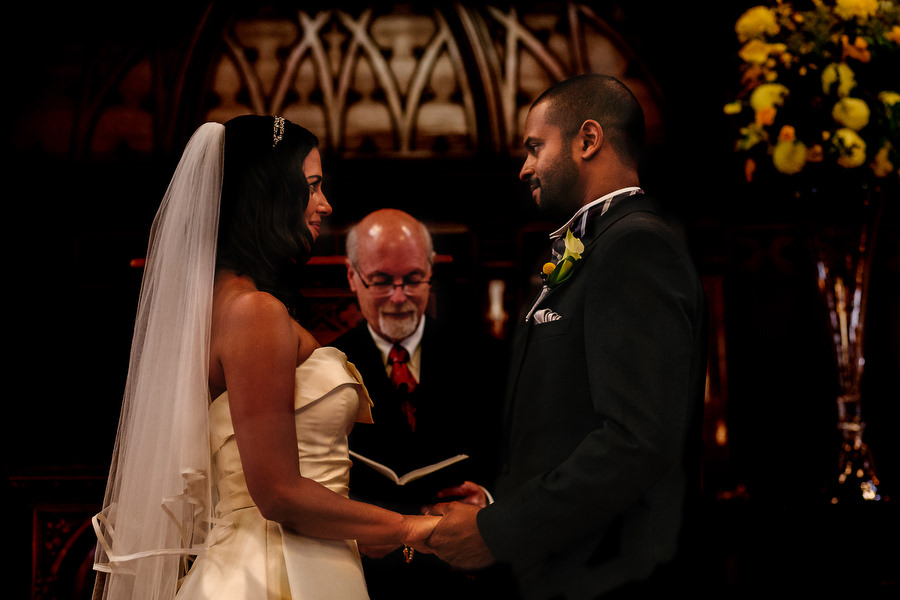 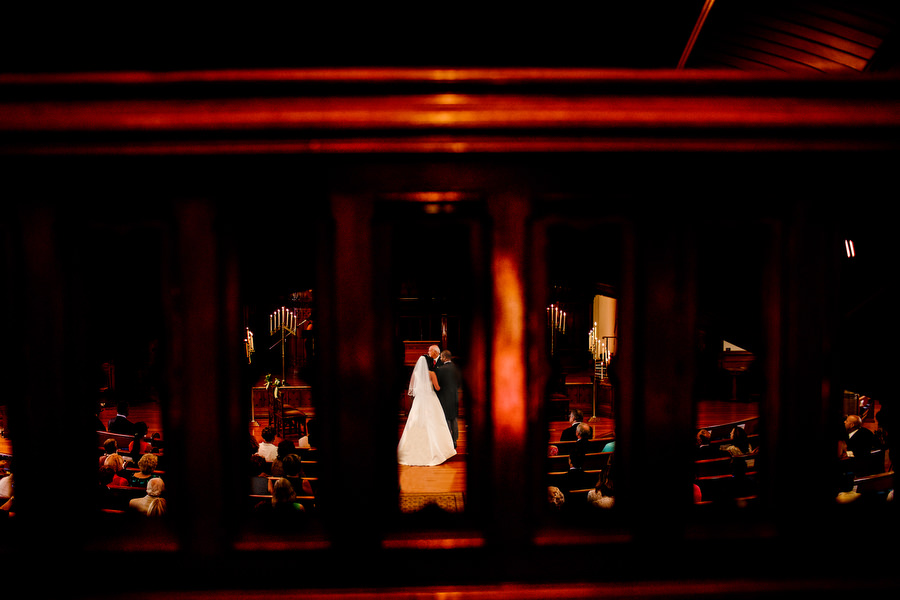 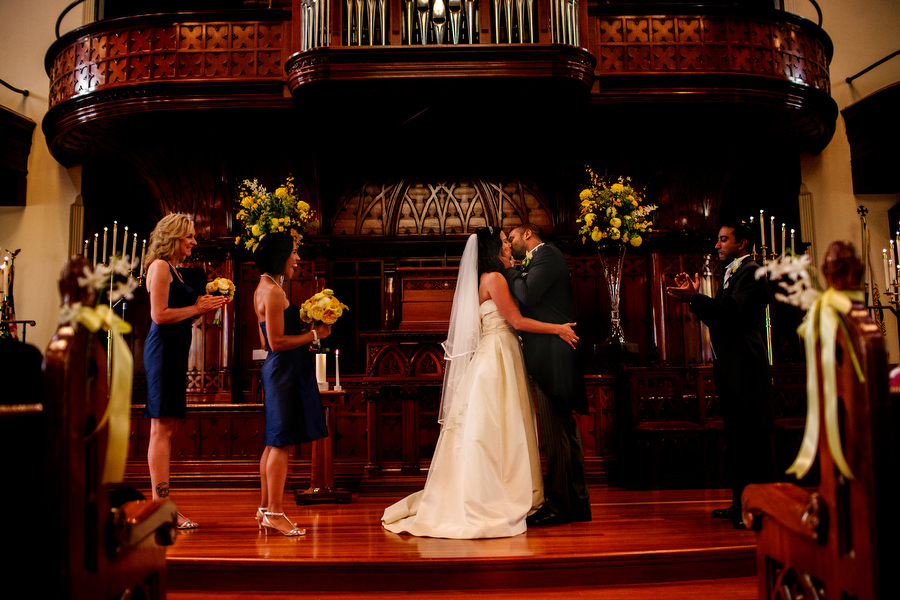 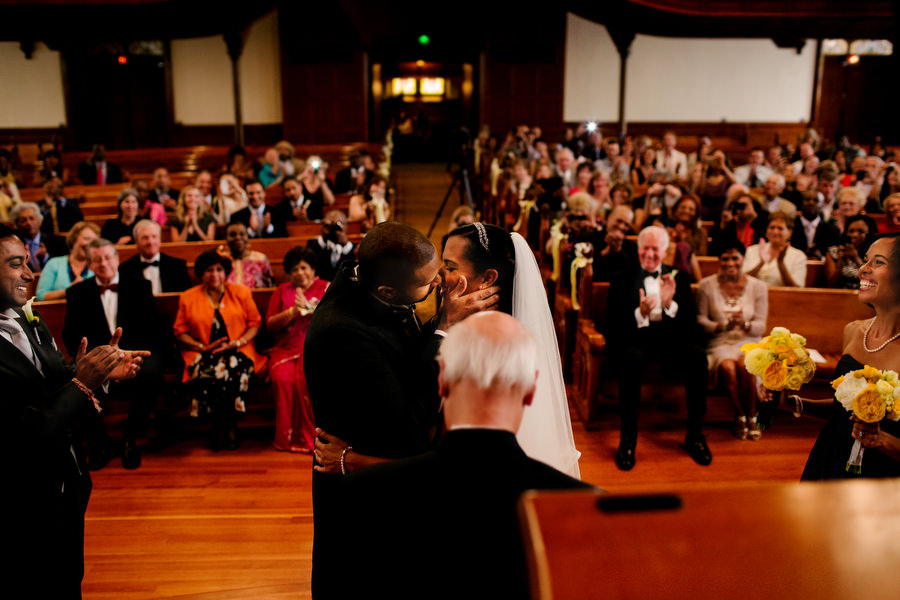 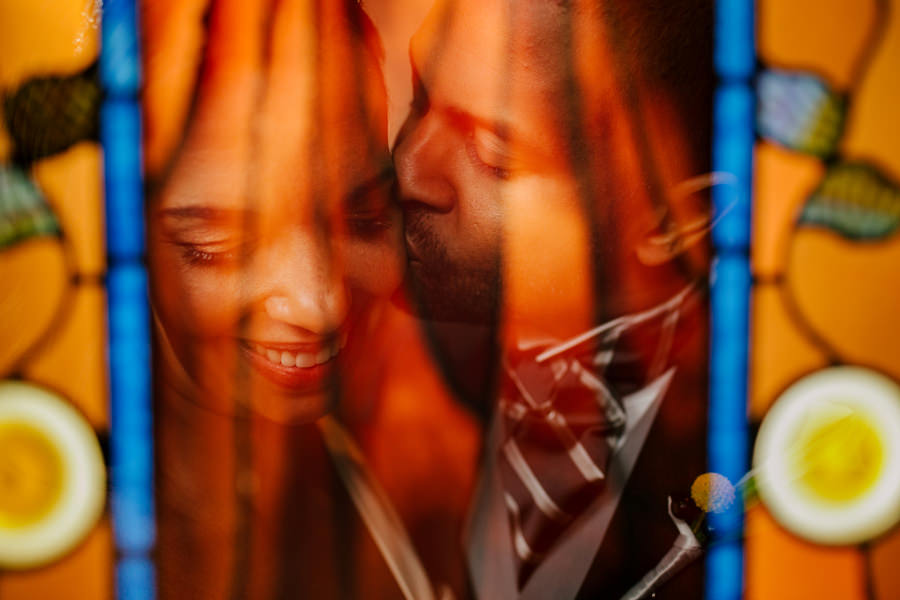 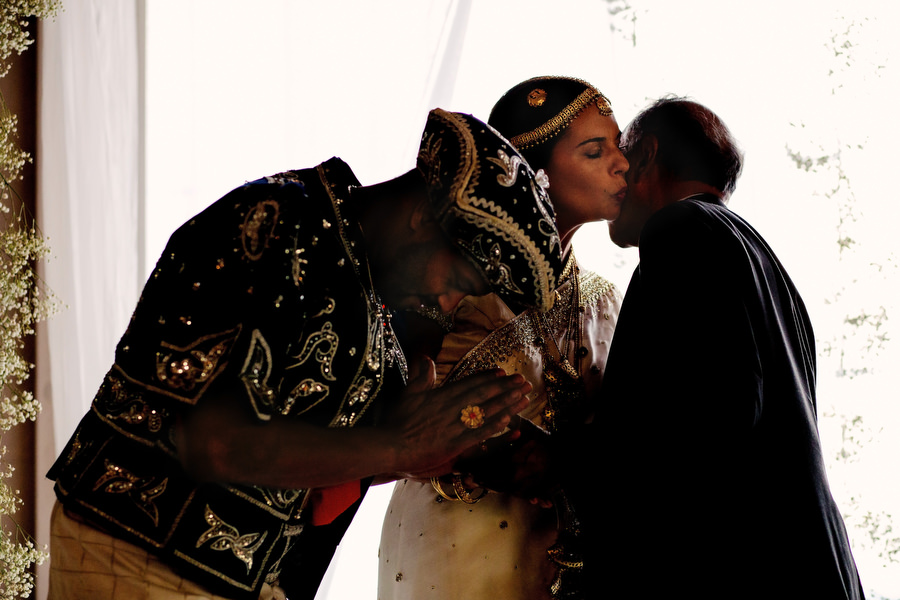 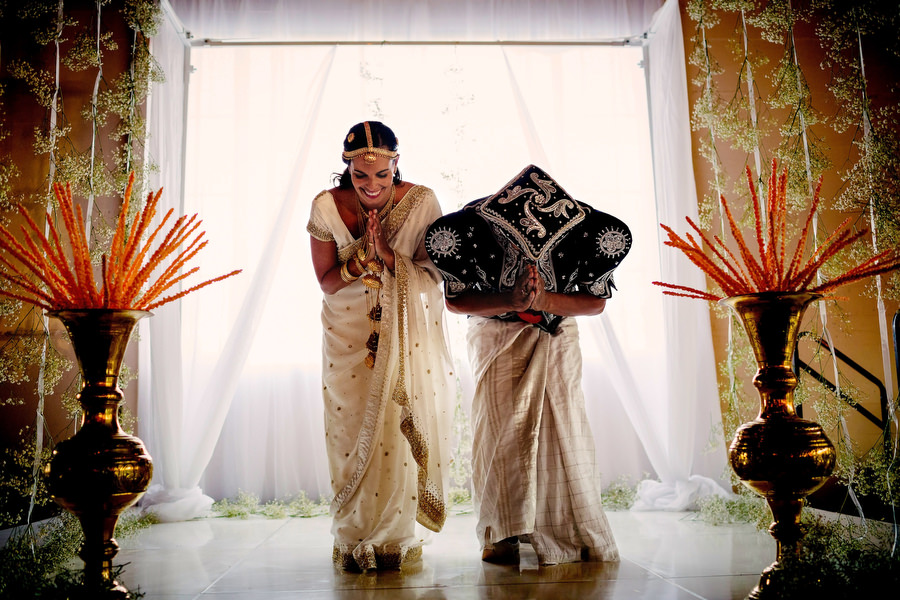 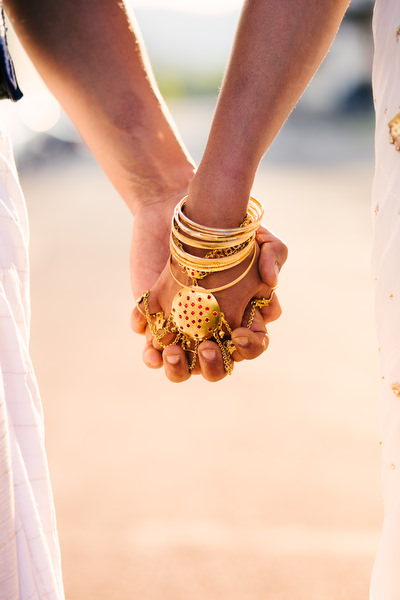 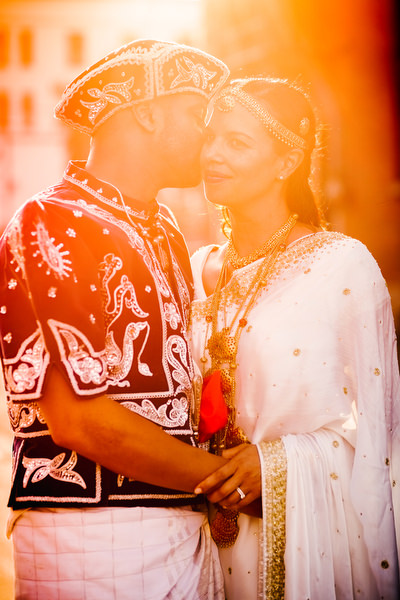 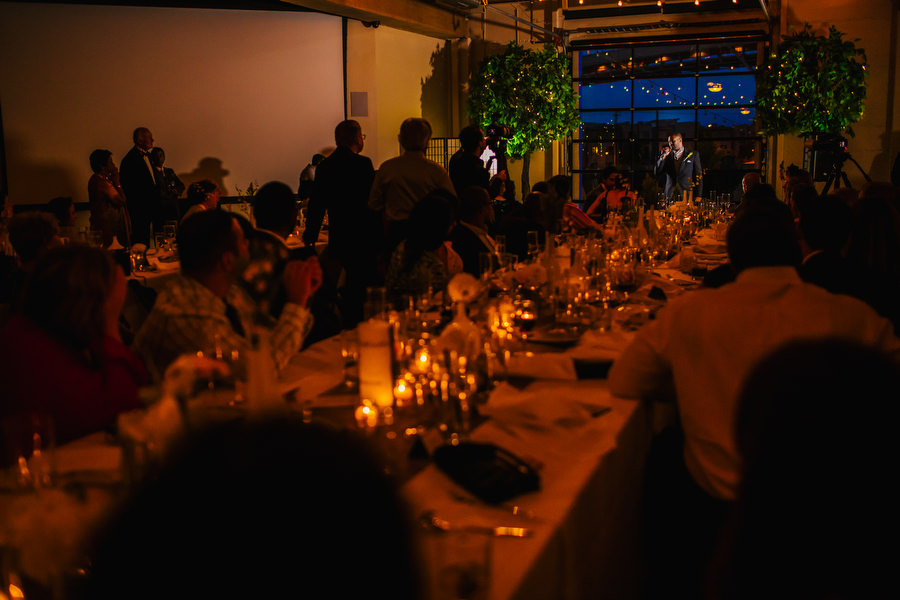 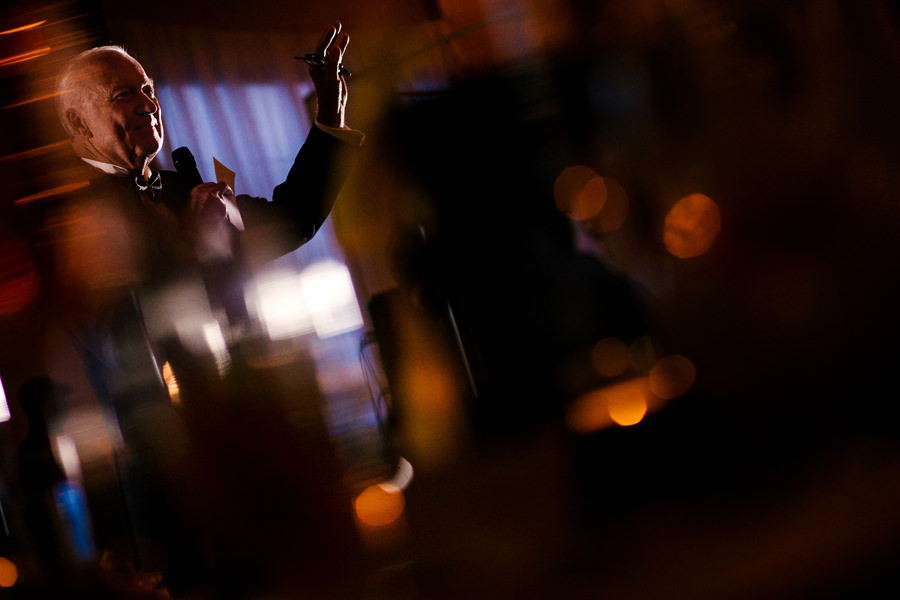 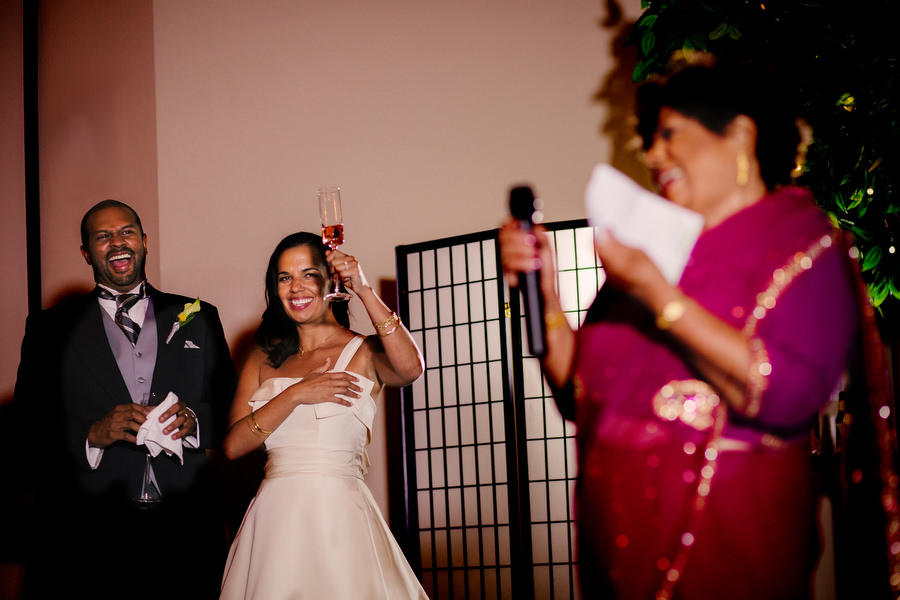 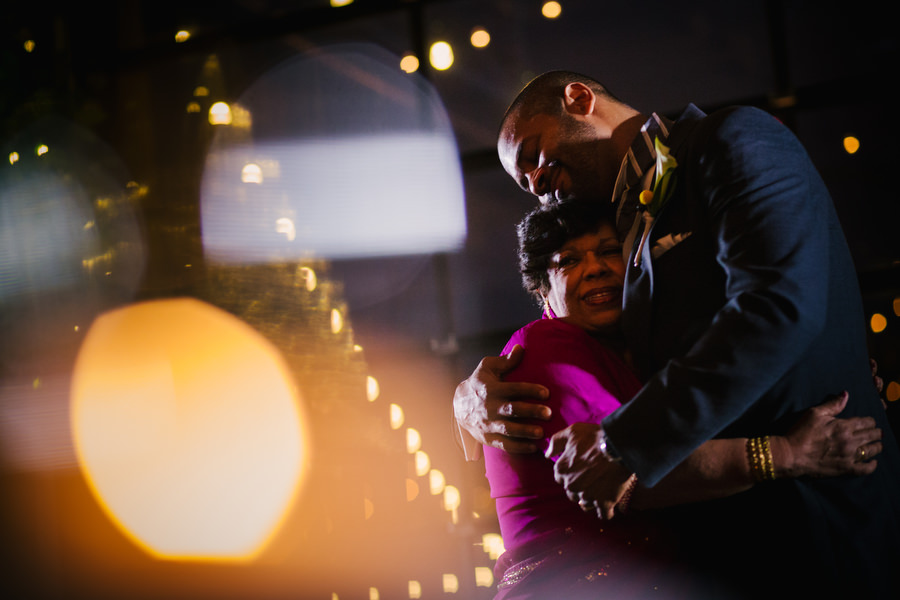 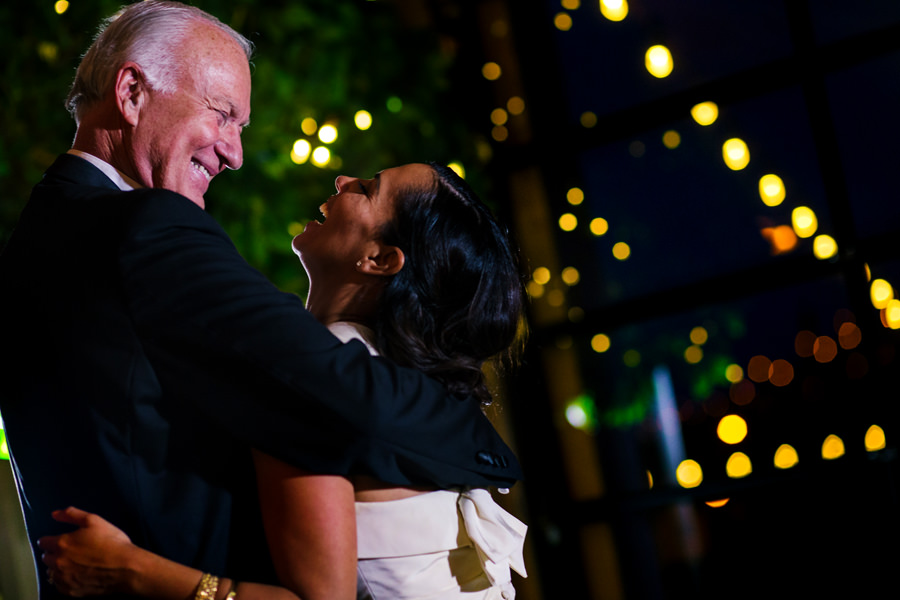 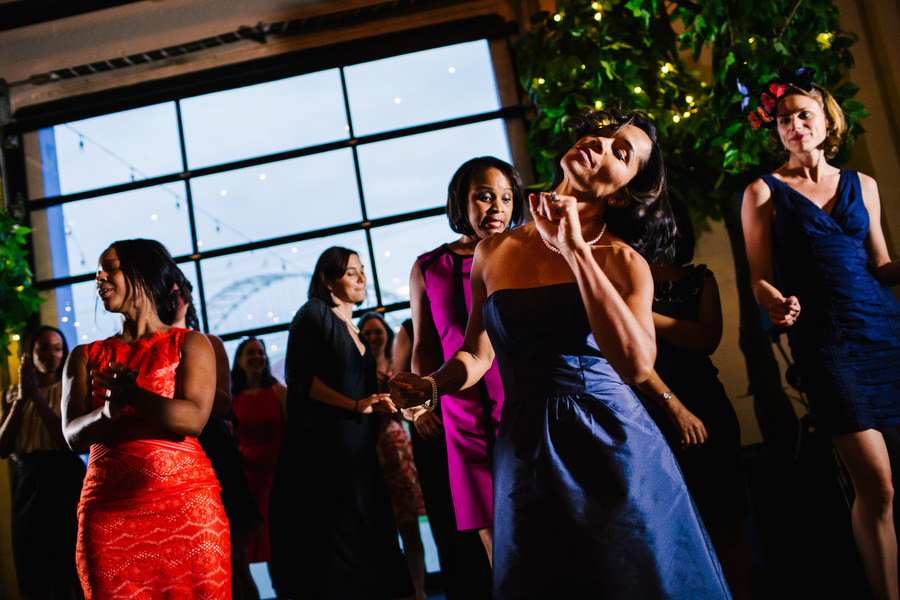 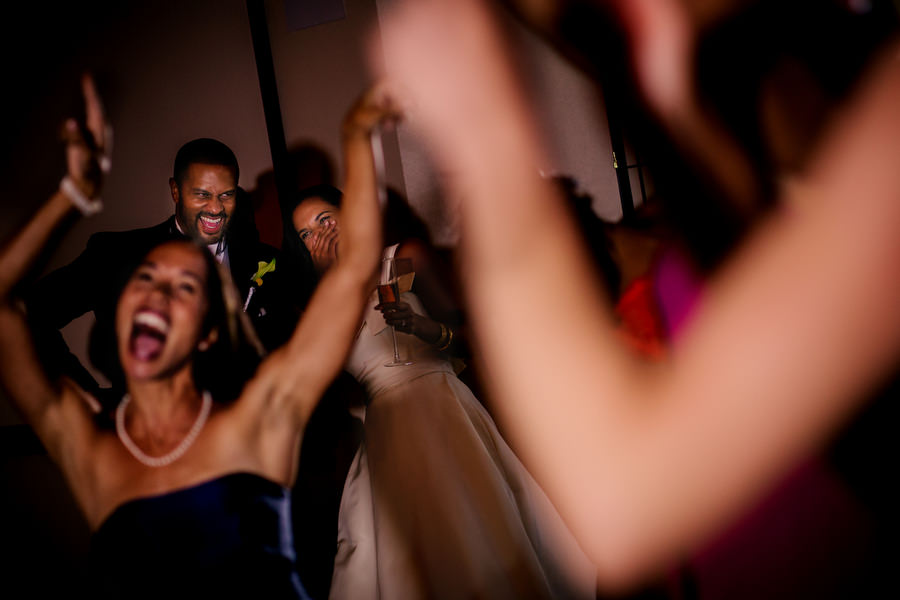 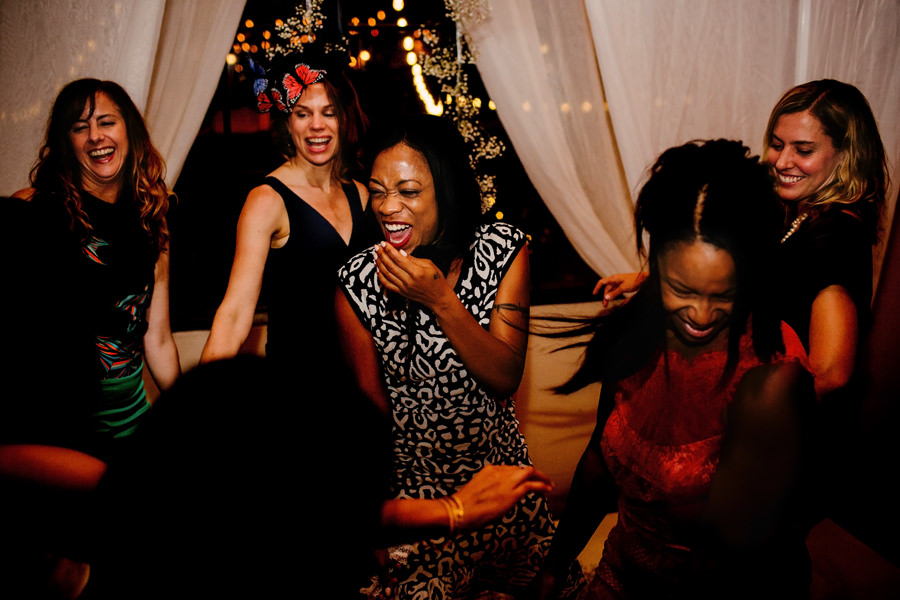 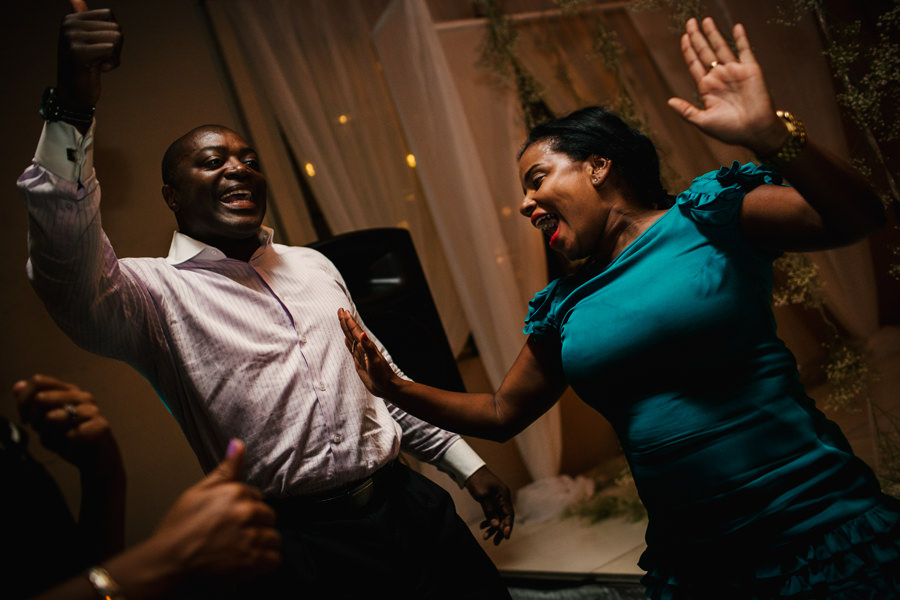 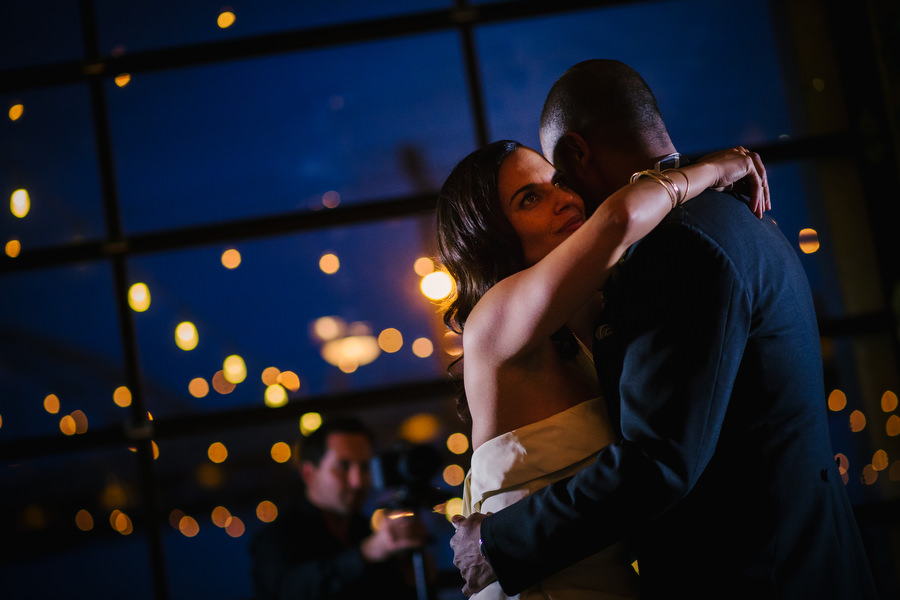 We’re so happy to bring you Erica and Rohan’s Castaway wedding today. These two hail from Los Angeles, where Rohan is currently working as a talented chef. But what became apparent when working with them, more than their love of food, was their love of family. Both Erica and Rohan have this amazing bond with their loved ones. Erica’s father gave a touching toast, speaking to how proud he has become of his daughter. While Rohan’s mother also toasted her son and the man he has grown to be. We absolutely love these moments with parents at weddings and remind us of how truly monumental a wedding can be for the families of the bride and groom.

But first, Erica and Rohan exchanged vows at the romantic and colorfully rich First Presbyterian church in downtown Portland. After which, the celebration moved to Castaway, where the newlyweds switched into traditional Sri Lankan wedding attire. Rohan’s family helped to perform a short but sweet Sri Lankan ceremony with their nearly 200 guests looking on. The evening proceeded with the same amount of love and joy as the first part of the day. With the help of one of our favorite wedding planners, Emee Pumarega, guests enjoyed a delicious Simpatica catered meal, heartfelt speeches and endearing parent dances, all set amidst thoughtful and unique decor design.

We’re thrilled we could be Erica and Rohan’s photographers and honored that we were invited into such a touching and special celebration. Here’s hoping we can join Chef Rohan for a meal in LA sometime soon! Cheers!