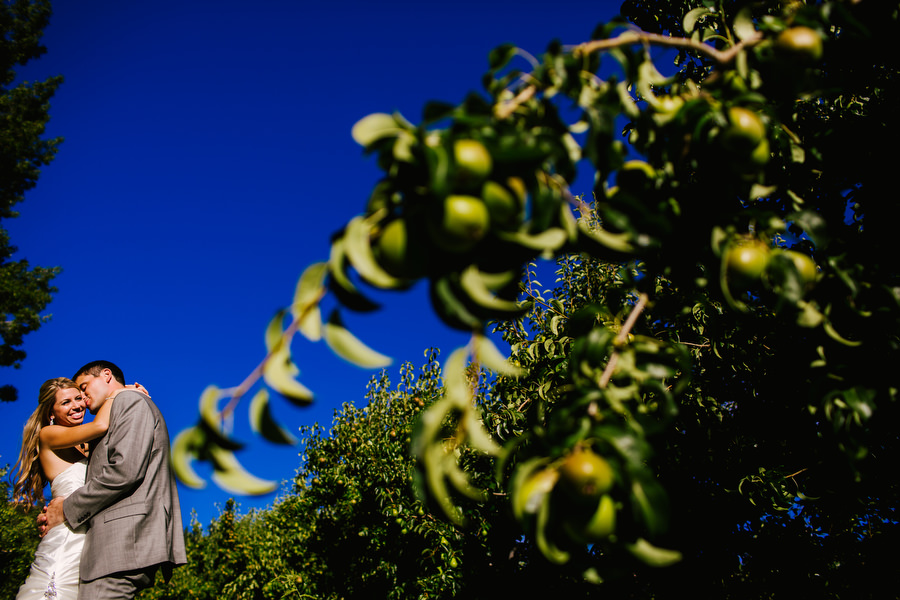 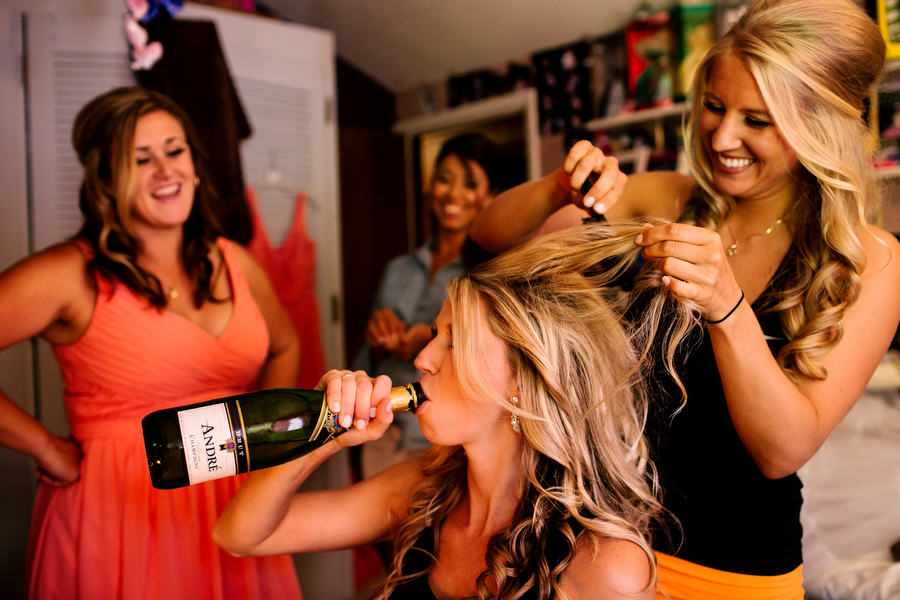 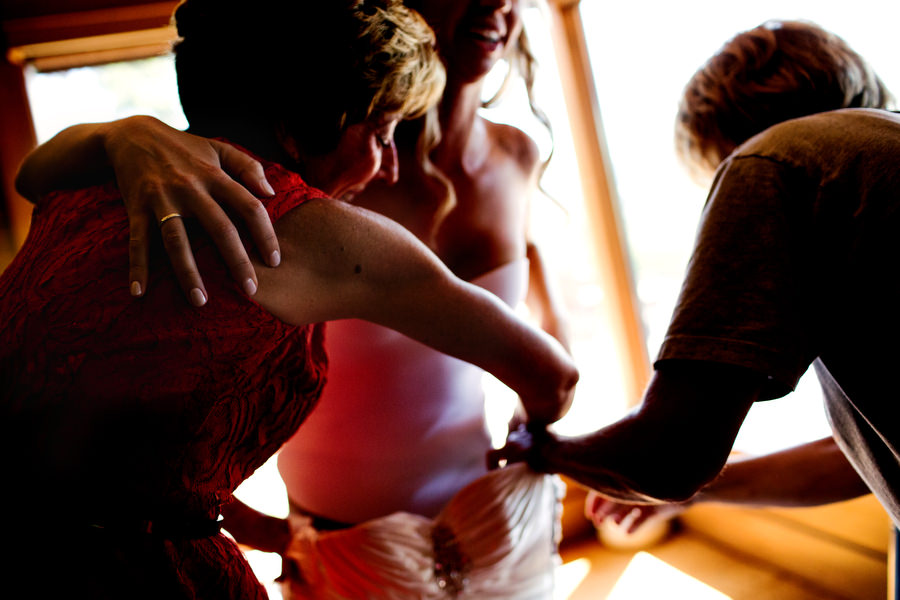 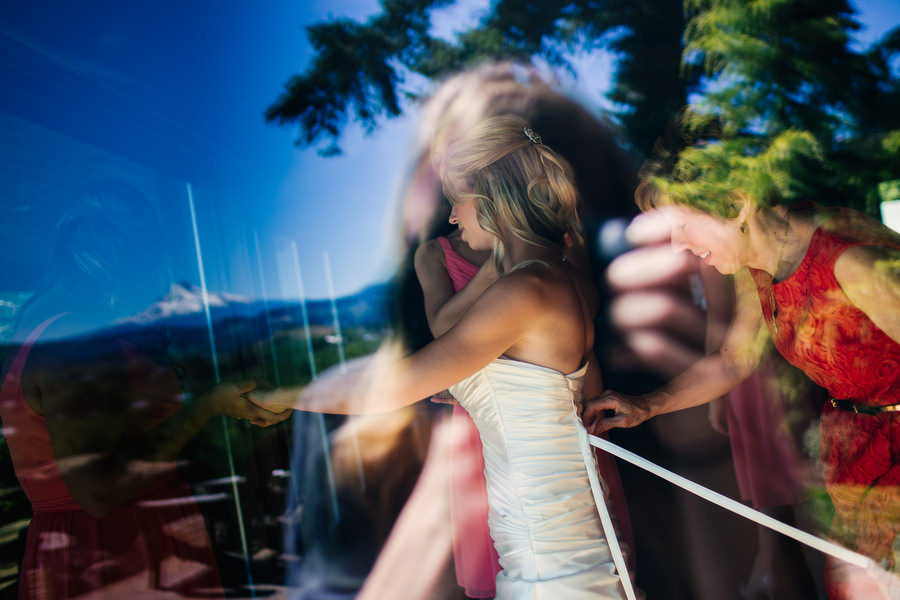 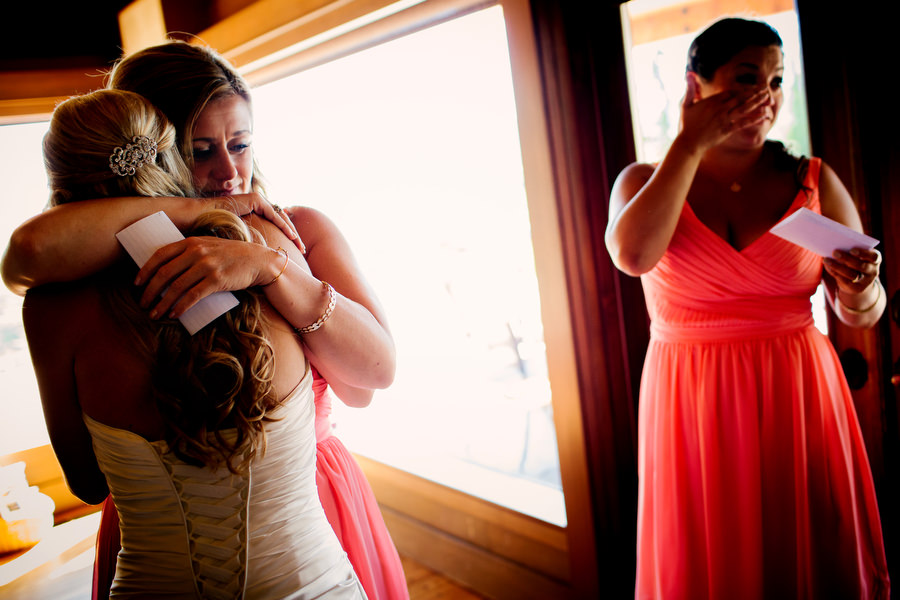 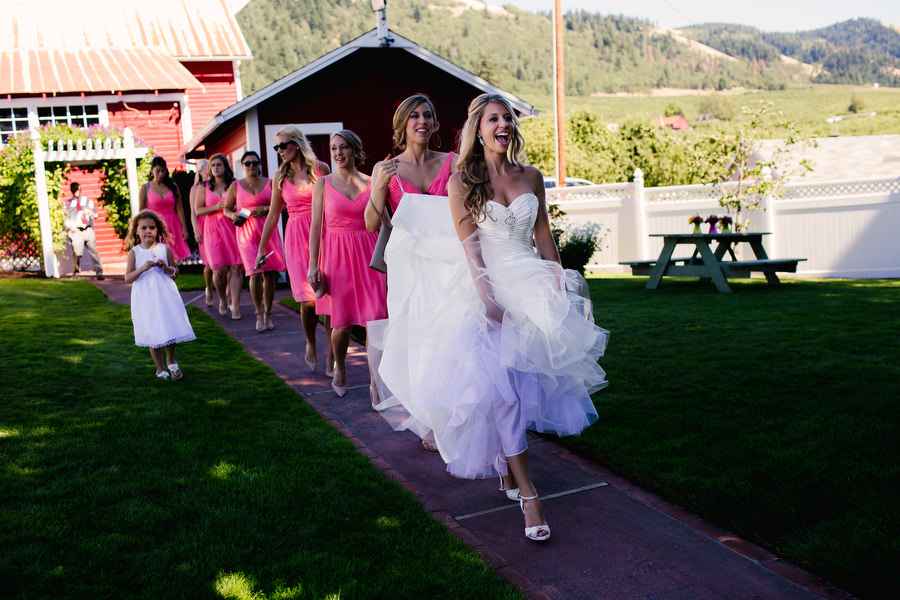 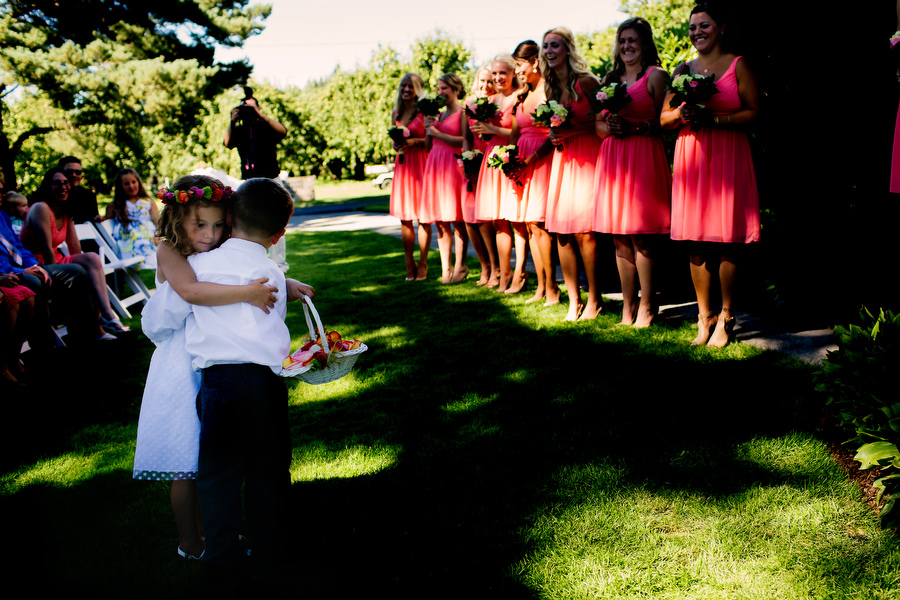 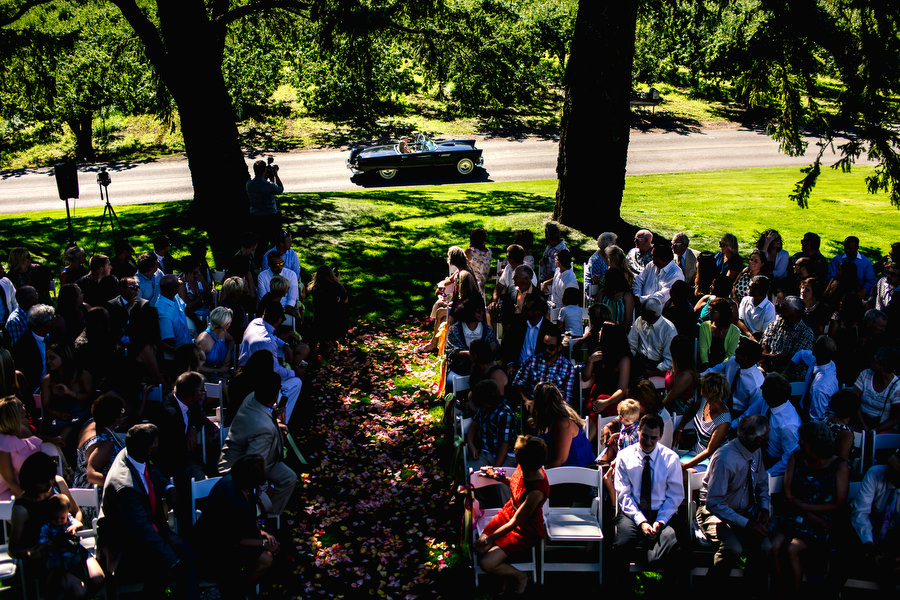 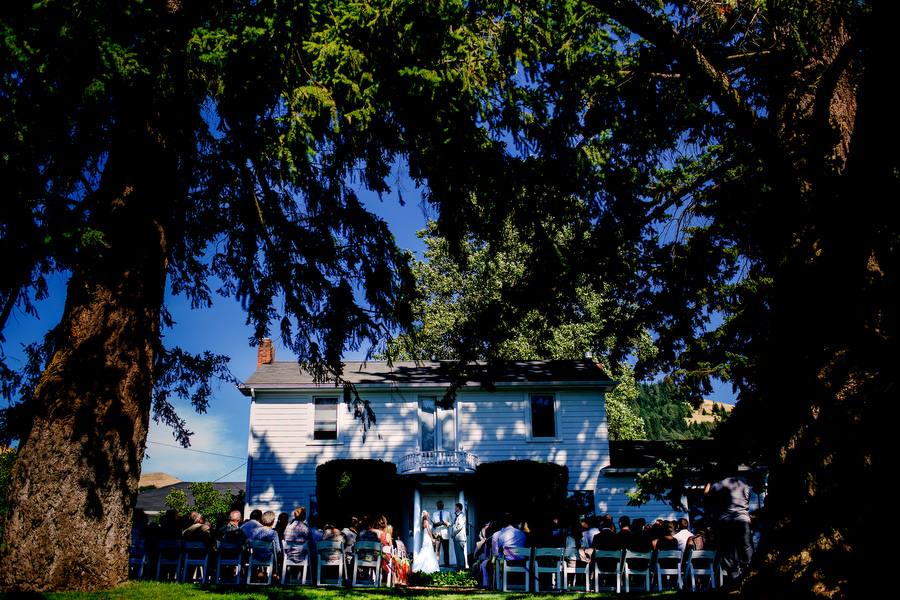 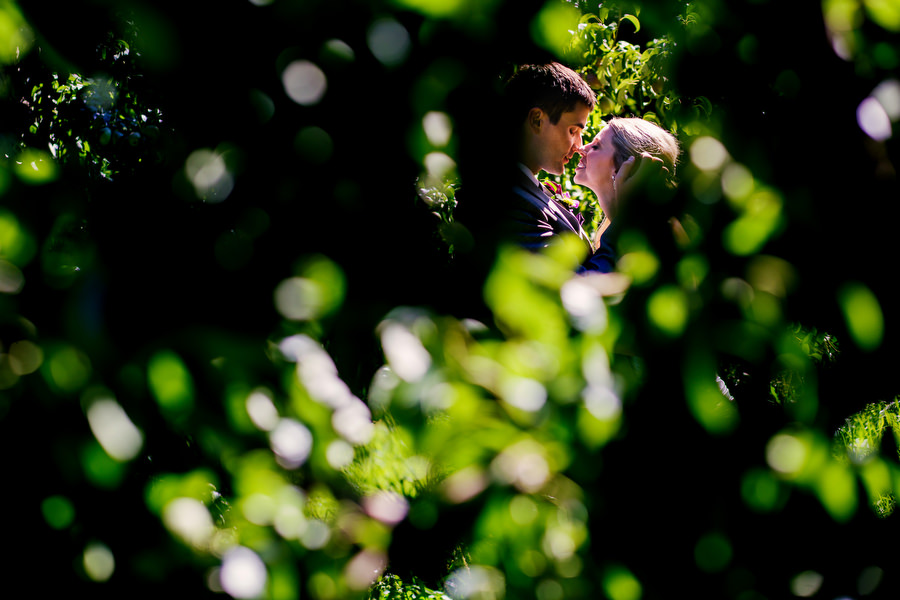 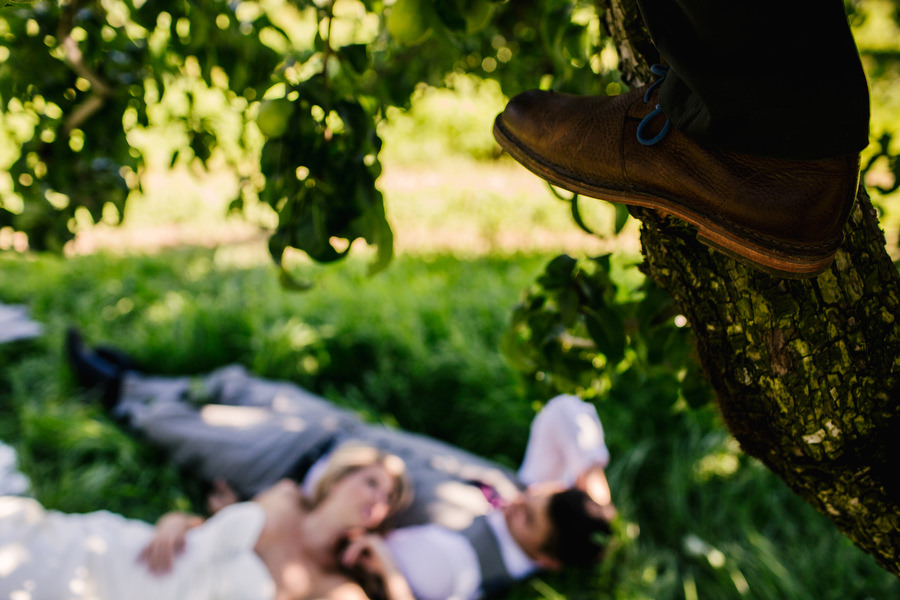 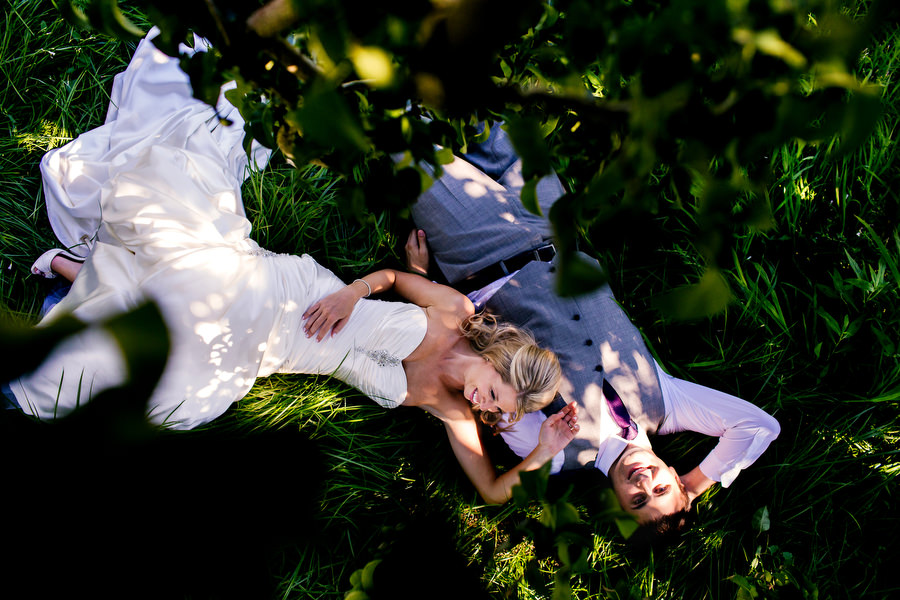 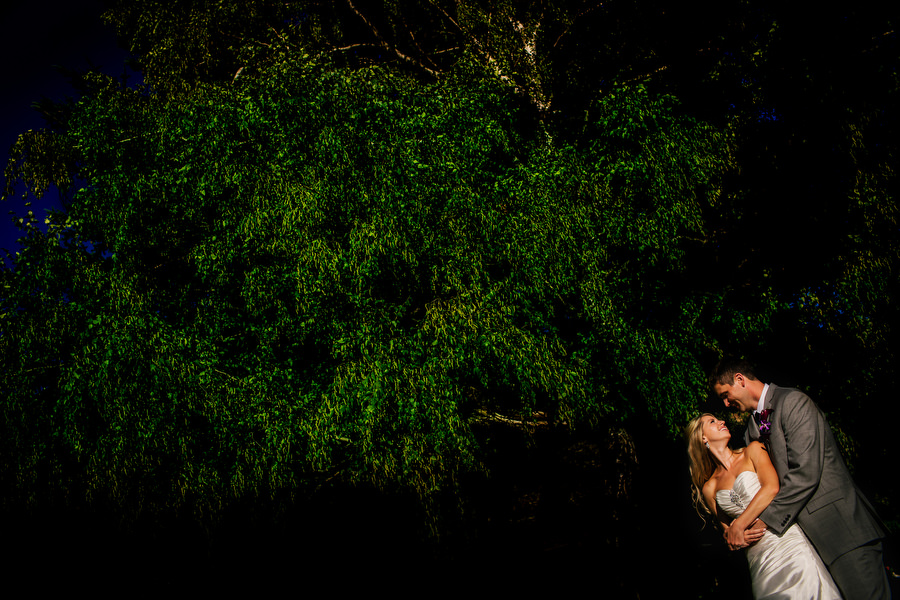 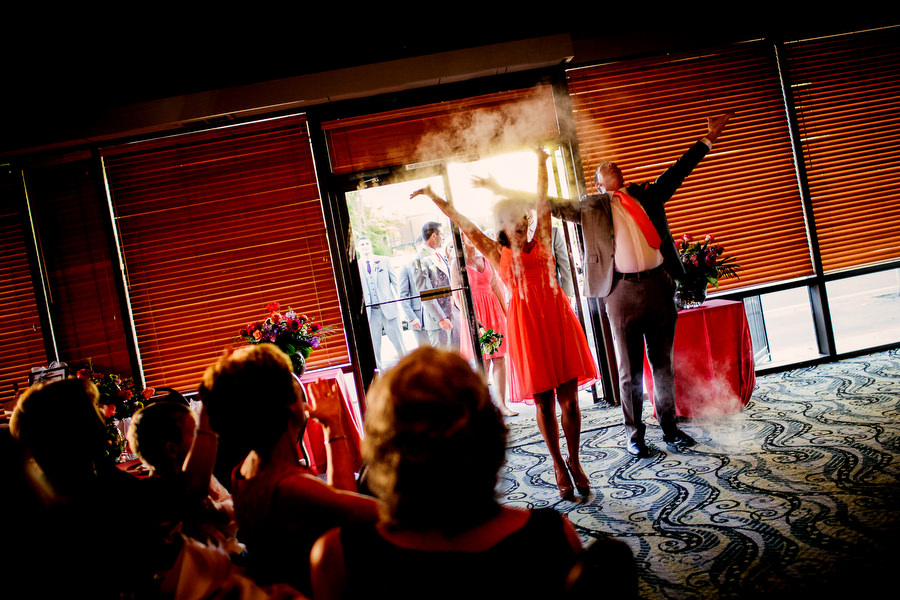 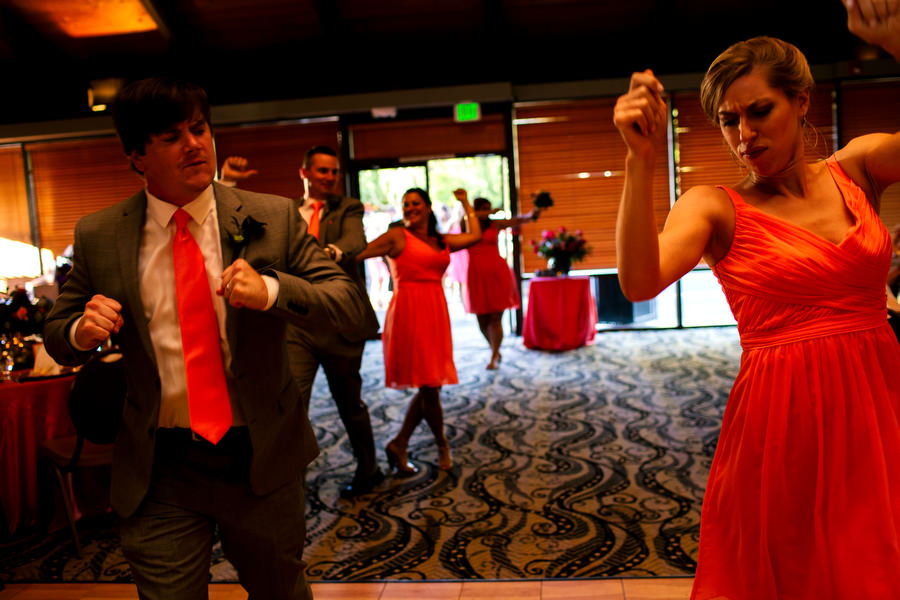 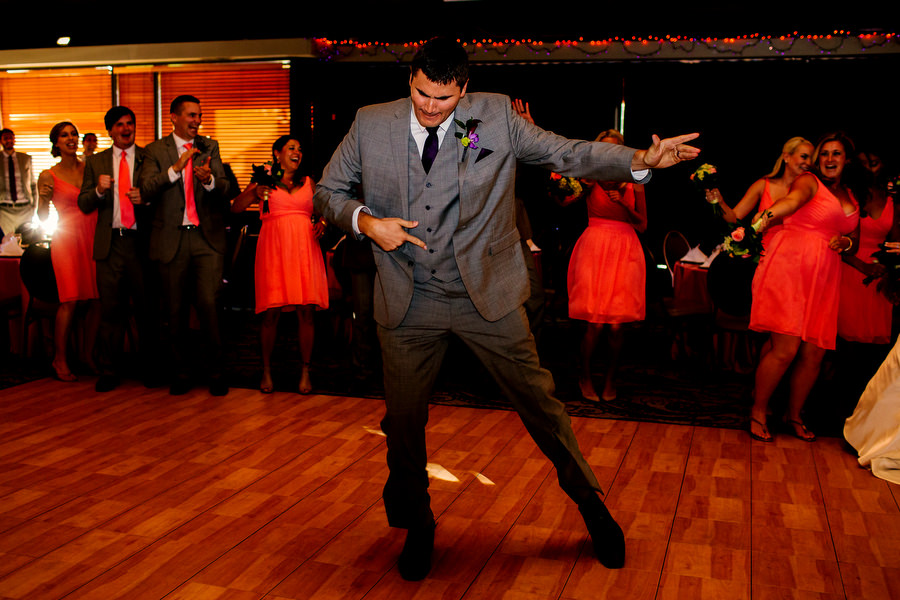 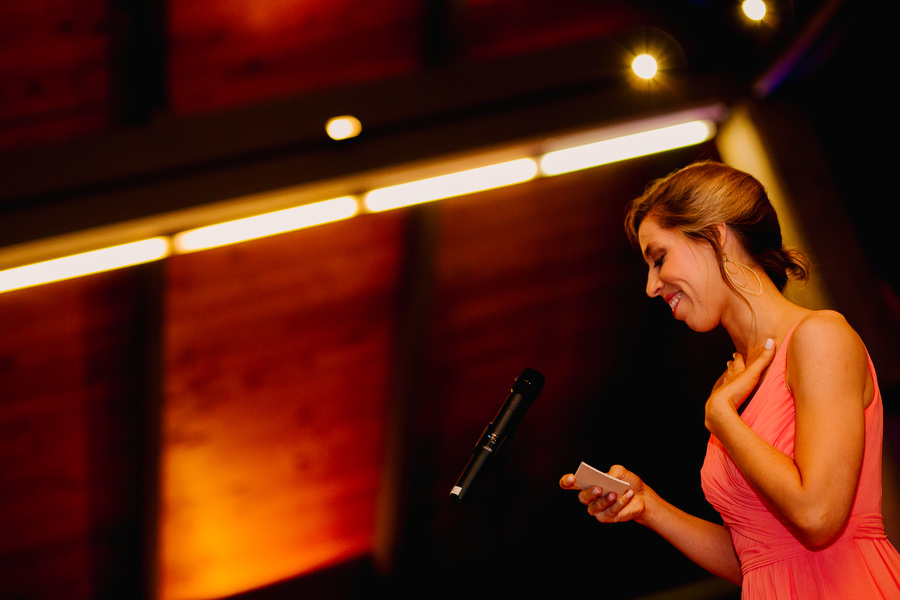 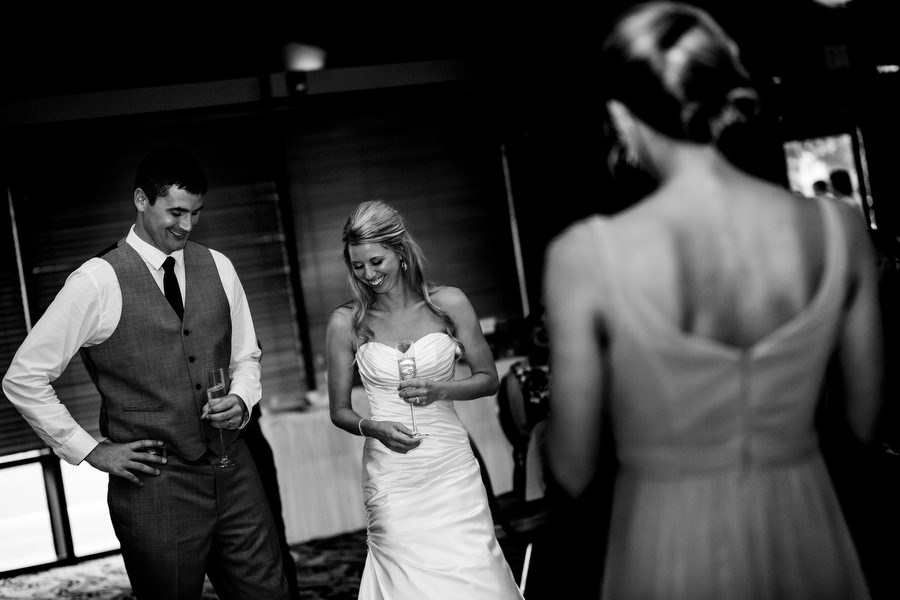 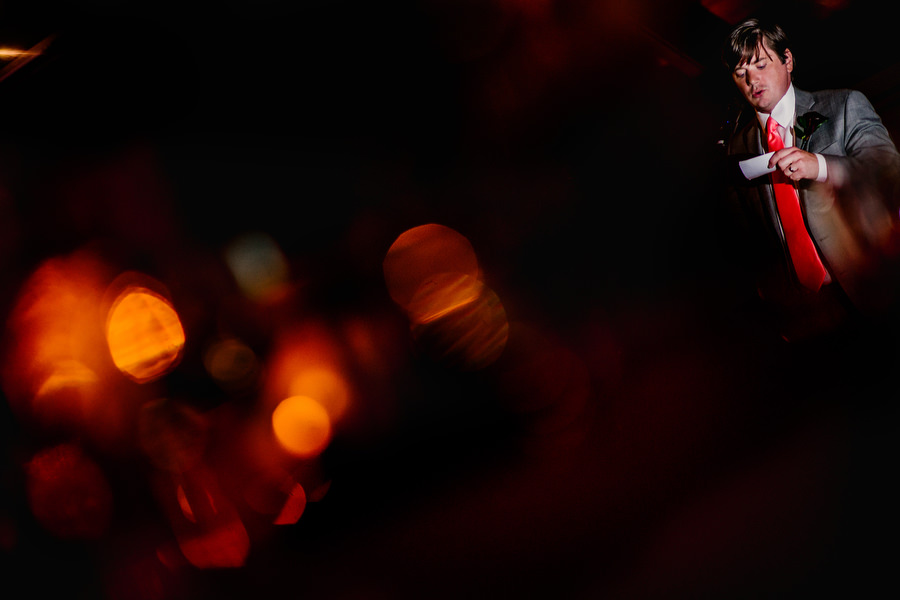 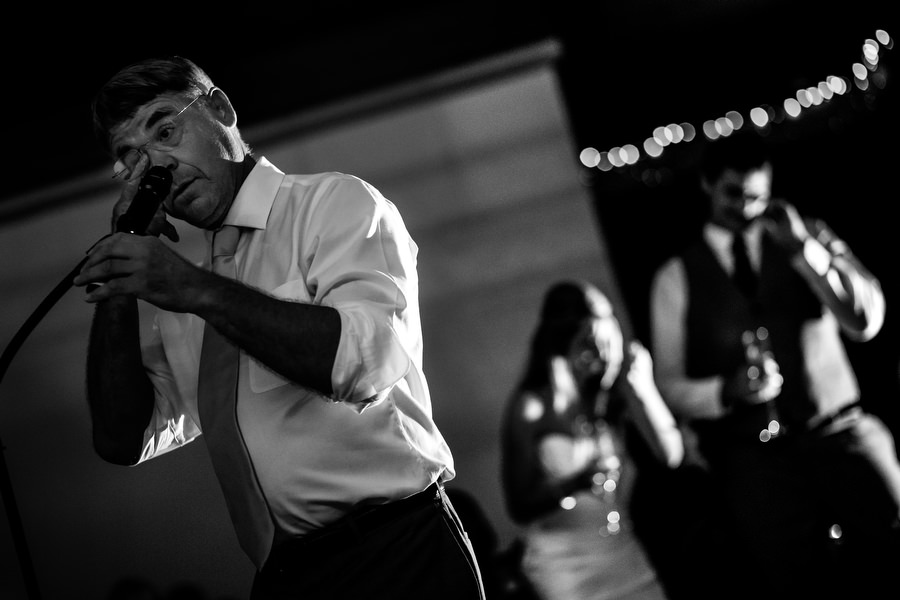 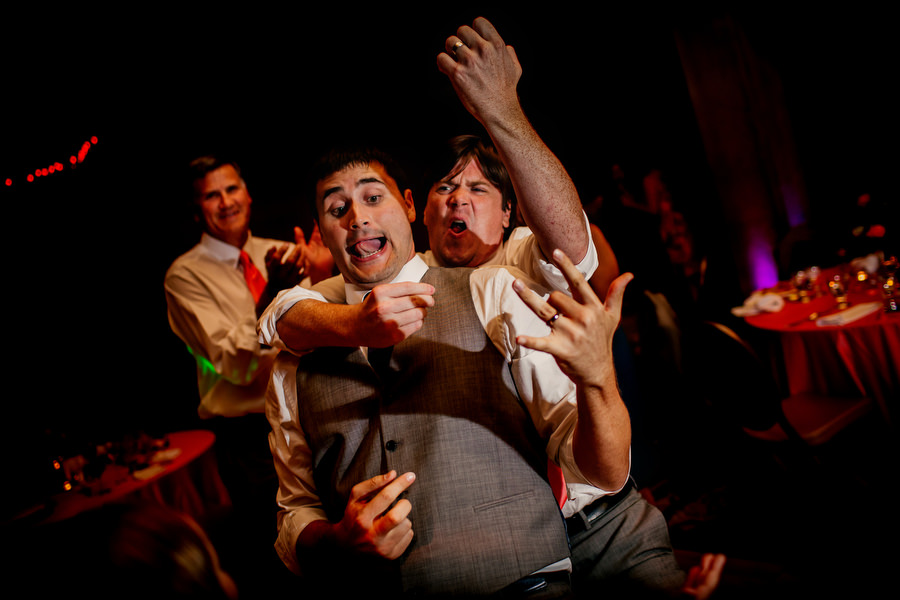 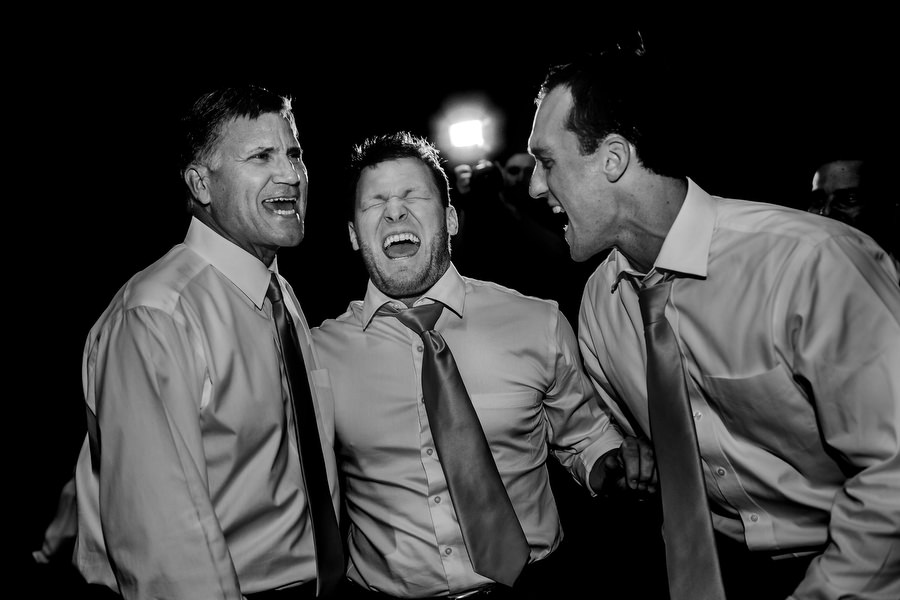 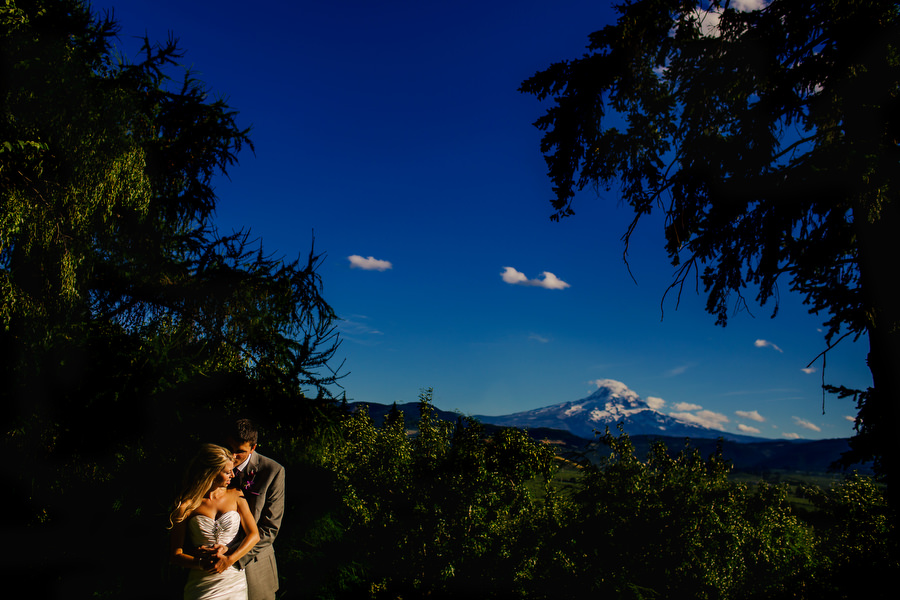 Mallory and Kevin’s Hood River wedding was one of three that we photographed in the area this summer. Another one being Mallory’s sister Meg’s wedding which was just a couple weeks ago! When two sisters get married in the same summer and we’re lucky enough to photograph both their weddings (it’s happened a couple times), we get the opportunity to truly bond with the family and it’s so much fun.

Mallory is a petite, adorable blond who literally did not have a care in the world on her wedding day other than marrying her groom and throwing a great party. A perfect match for Kevin who might look intimidating at 6 foot 5 and also having been a former professional baseball player, but in reality is one of the nicest people you’ll ever meet.  These two exchanged vows on the steps of Mallory’s childhood home, where her parents were married many years before. Afterwards we tromped through Mallory’s family pear orchard and took photos of them with sweeping views of Mt. Hood in the background.

We had so much with these guys and it was a blast to reunite with them at Mallory’s sister’s wedding recently. In a few weeks we’re headed to Scottsdale, where Mallory and Kevin live, for our first speaking engagement at the annual Foundation Conference. We definitely won’t pass up the opportunity to hang with them again!