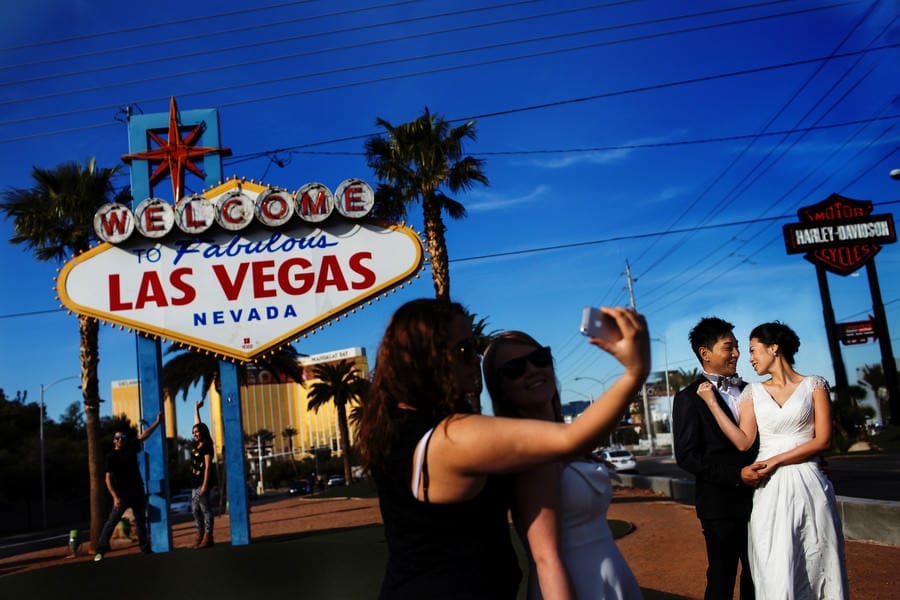 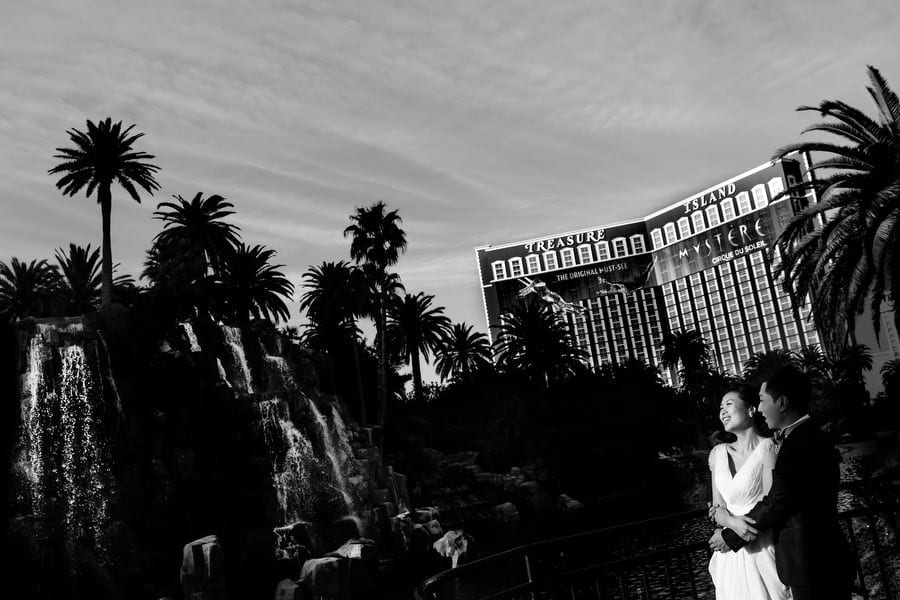 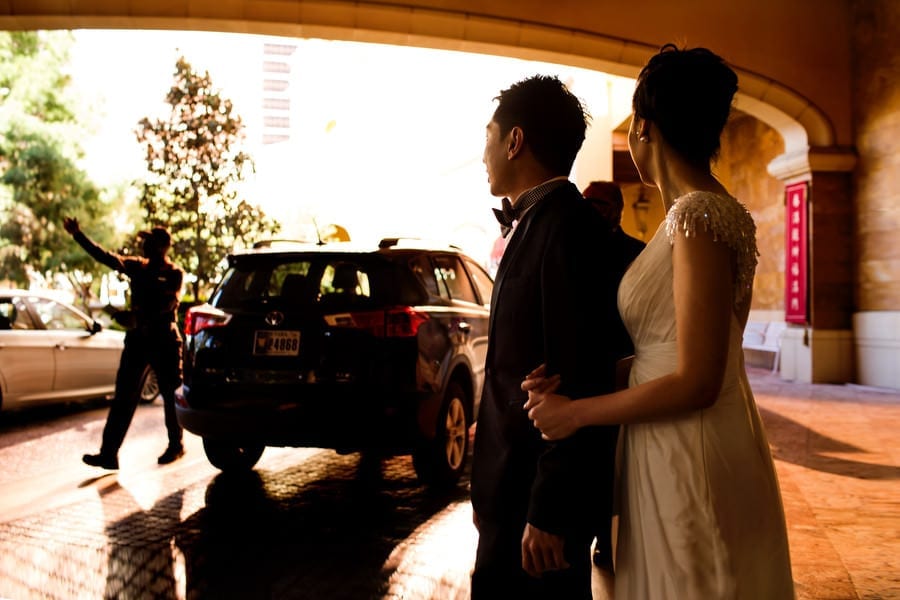 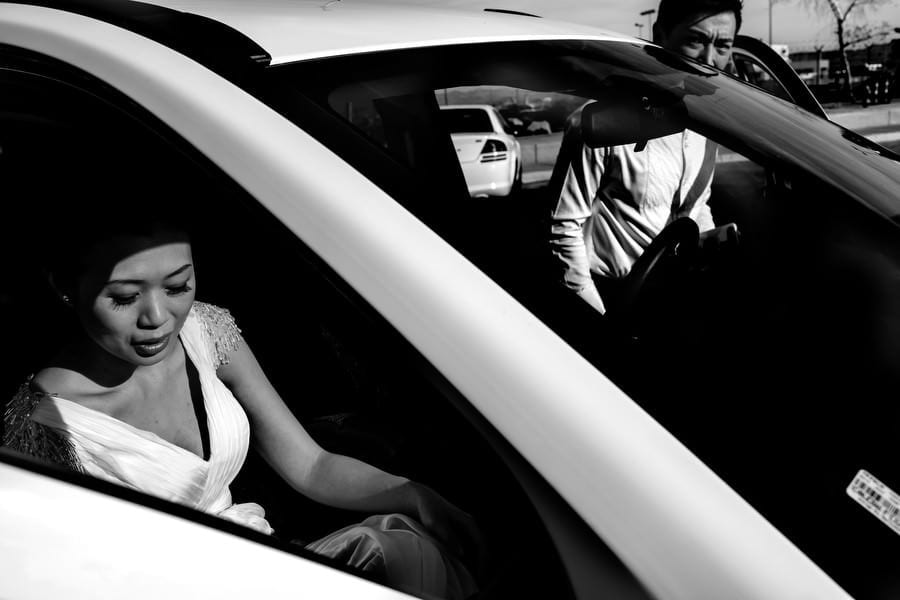 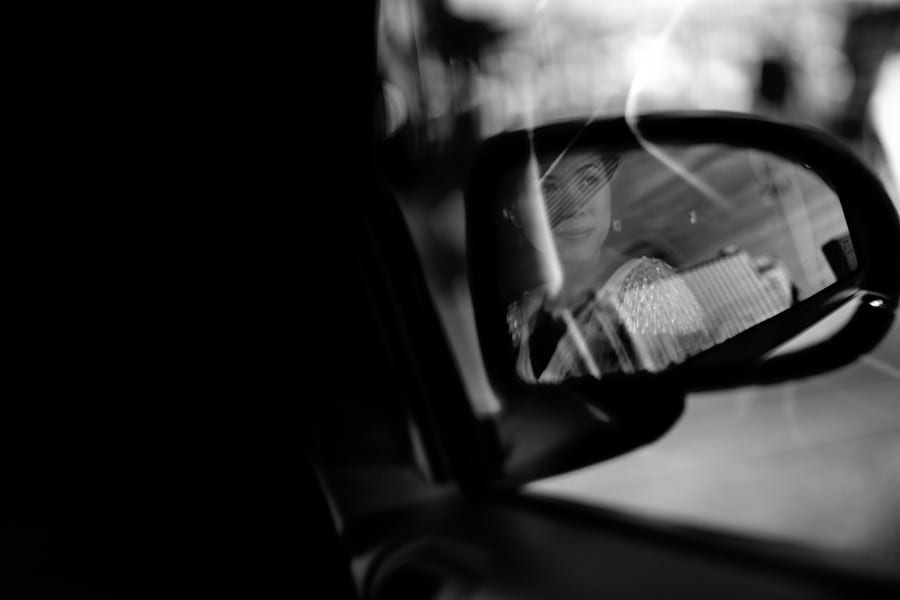 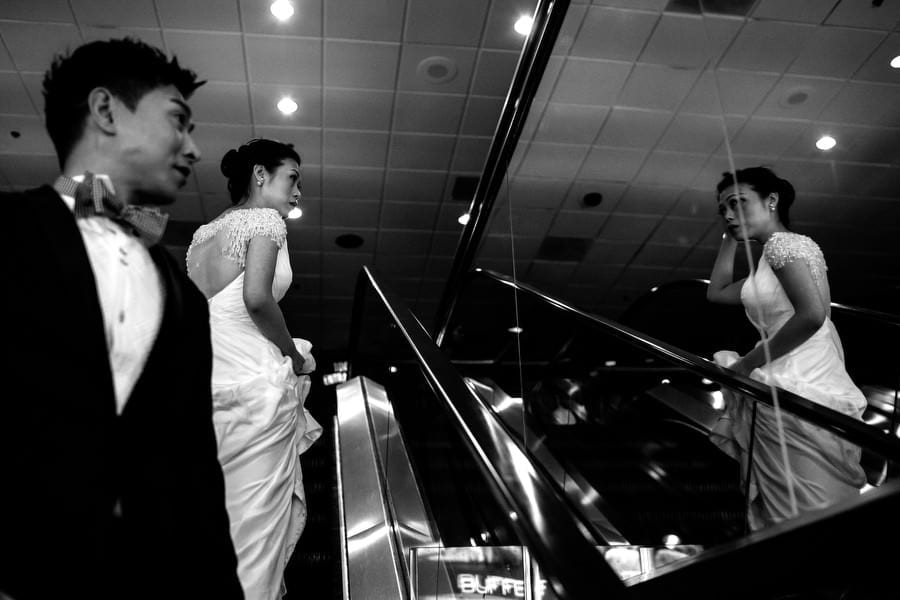 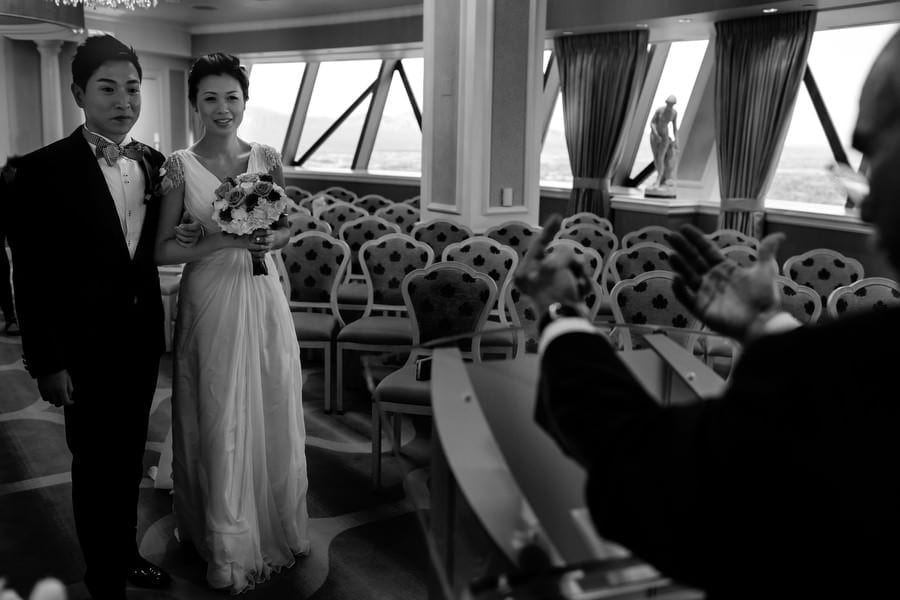 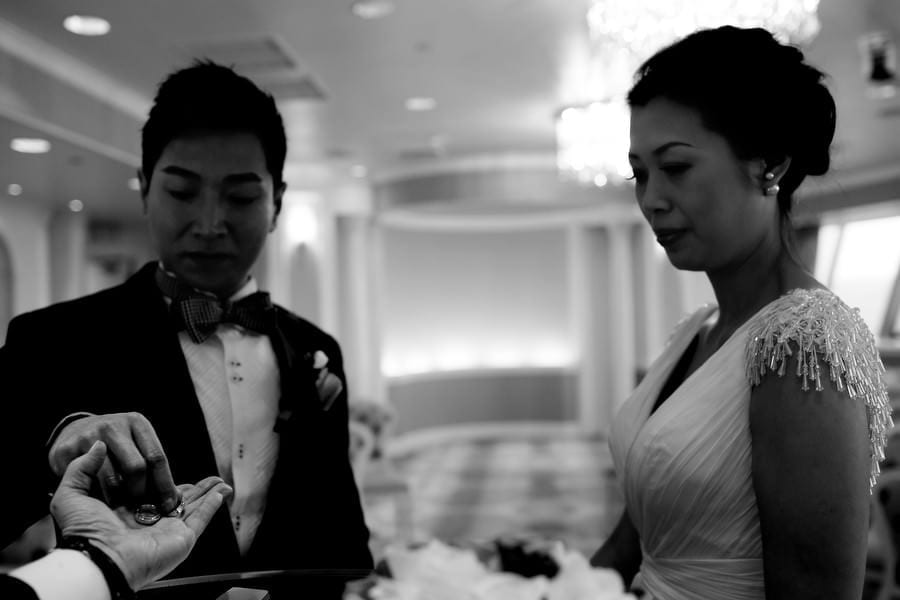 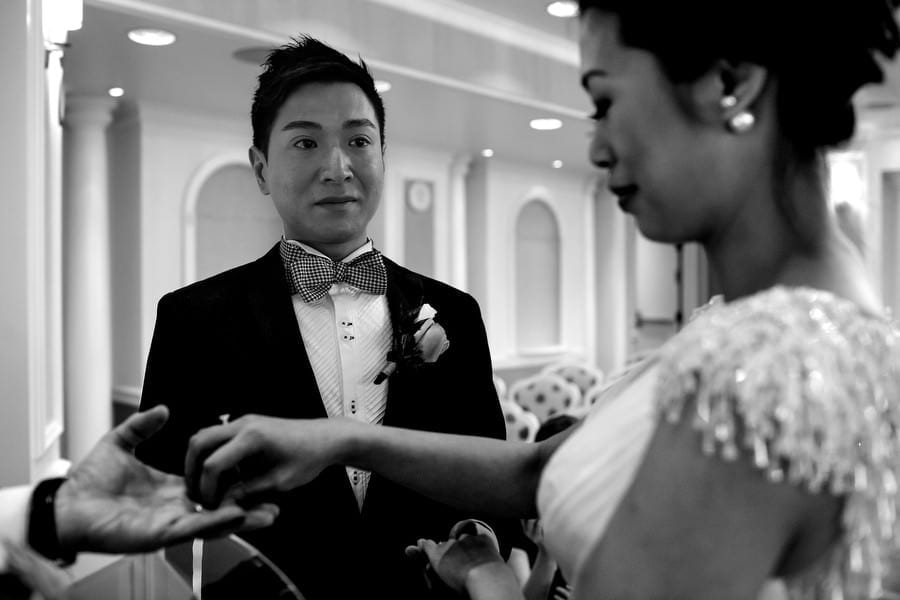 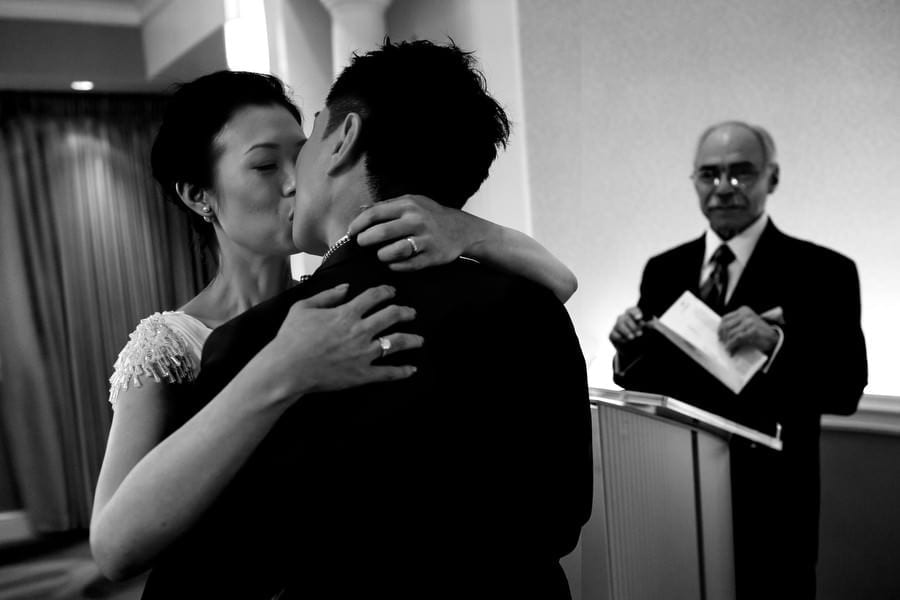 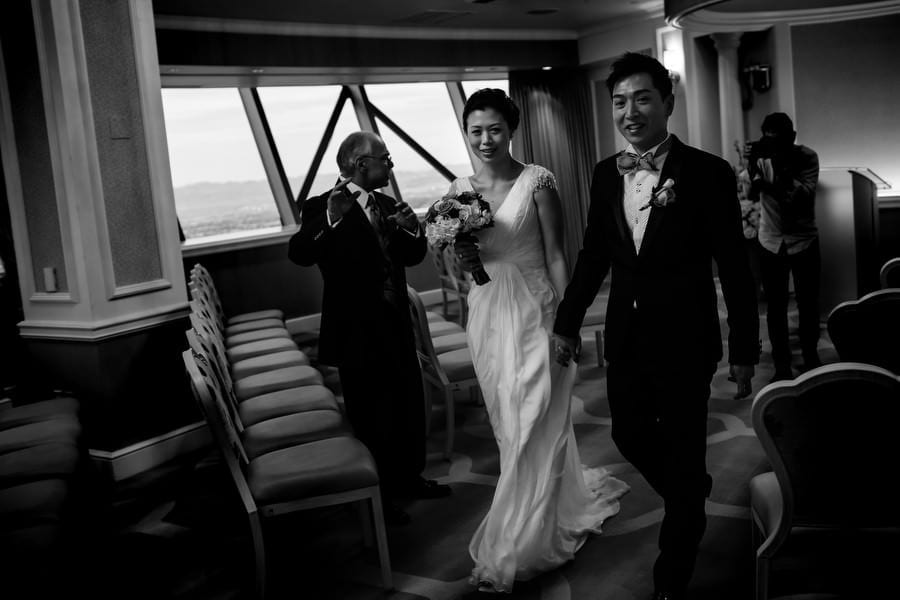 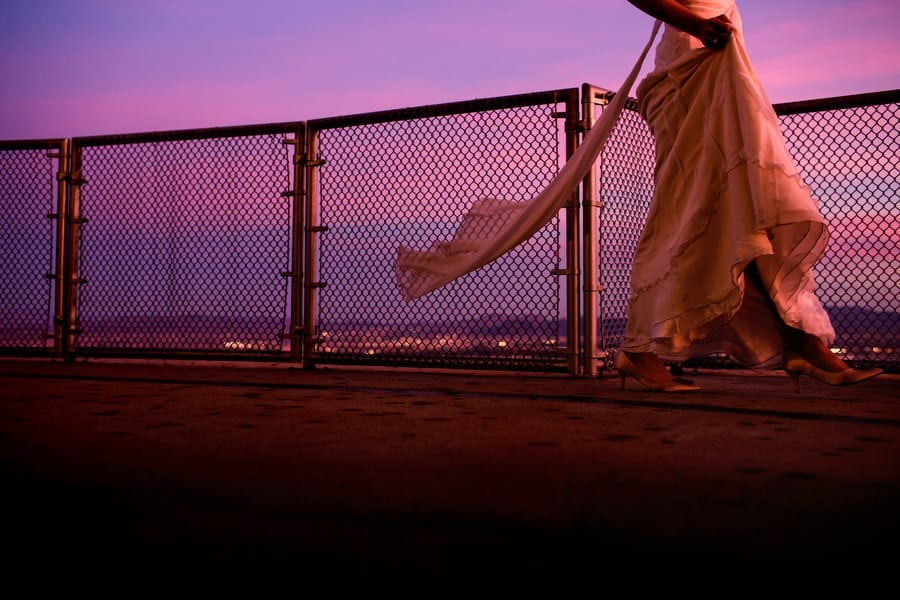 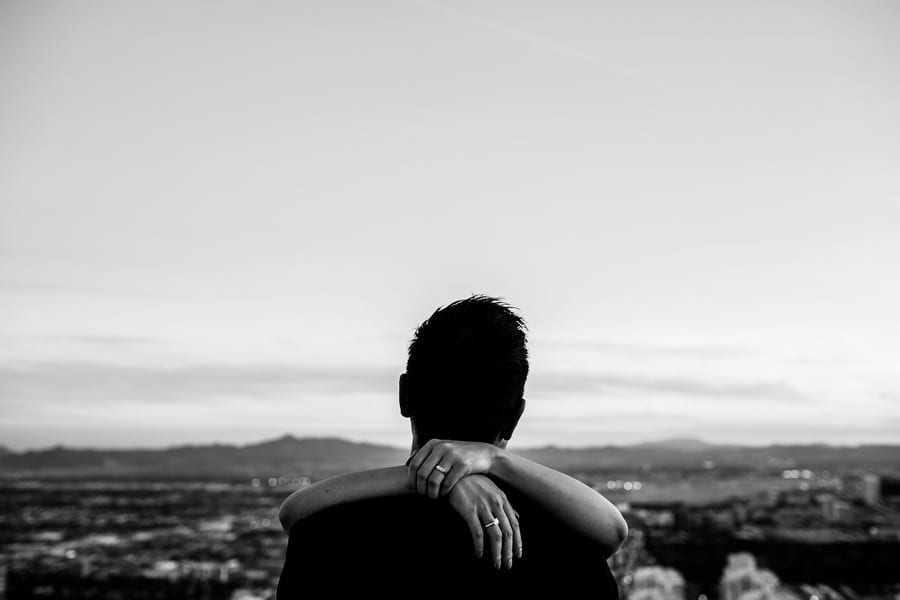 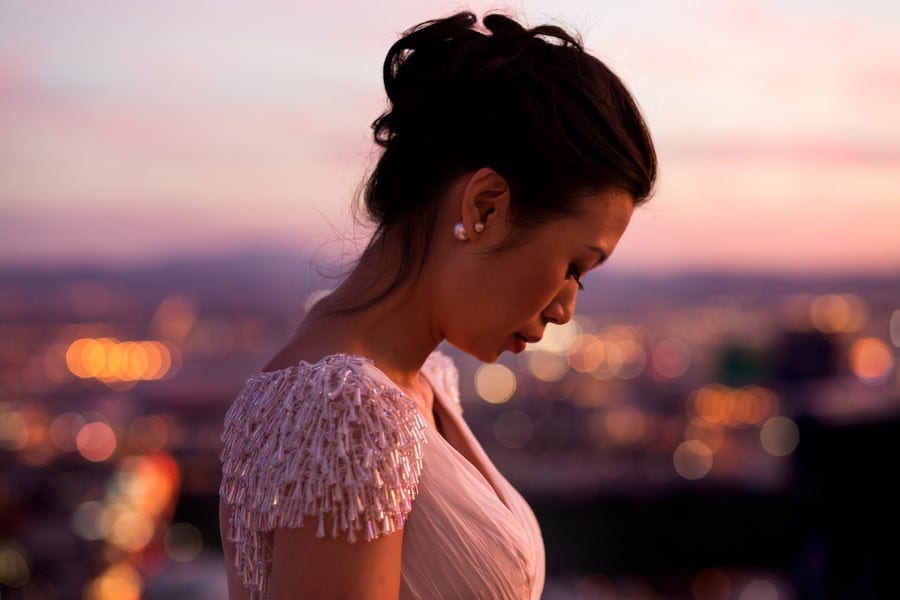 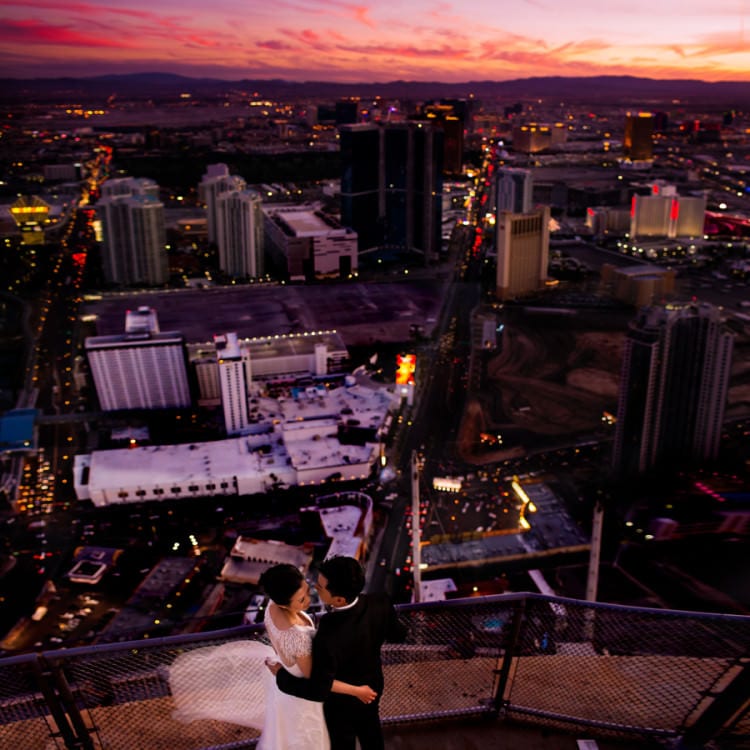 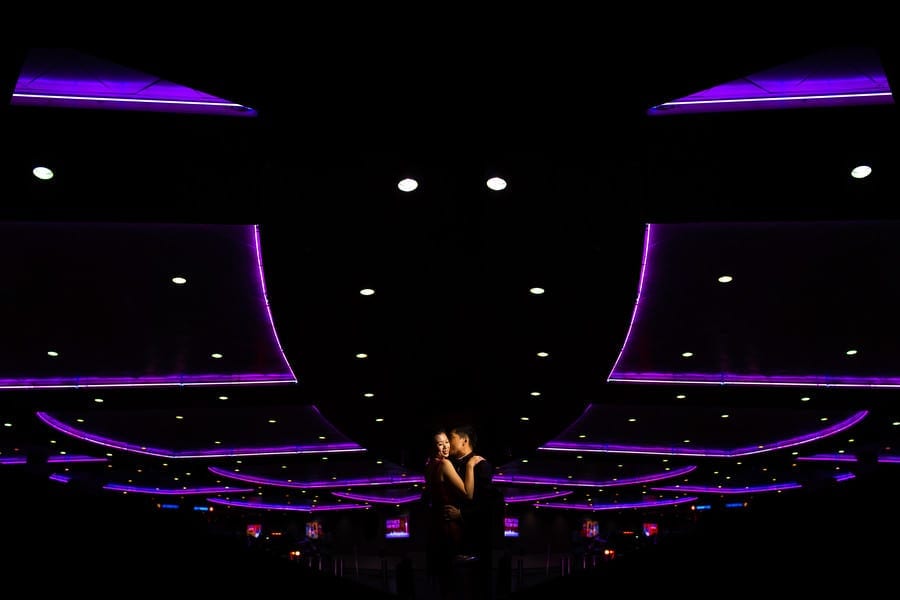 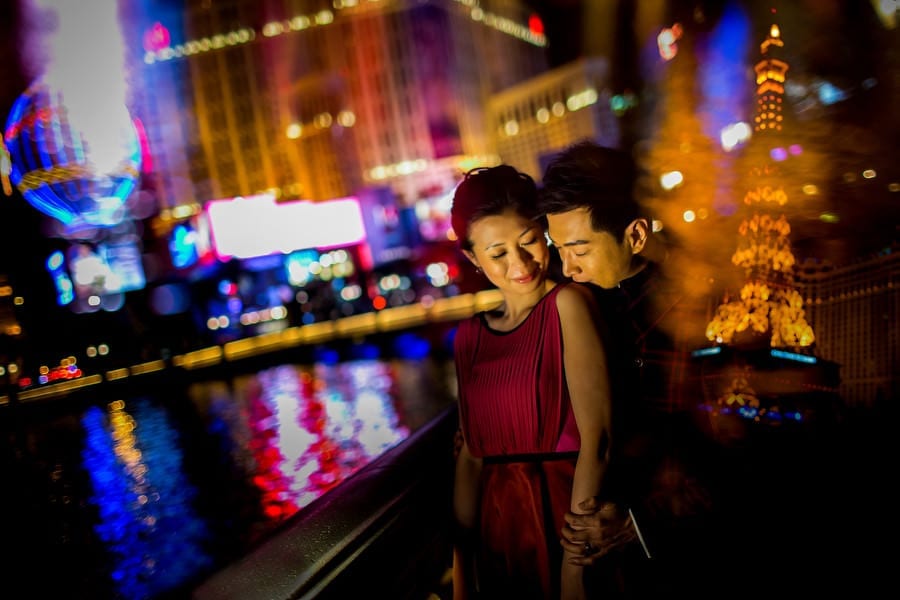 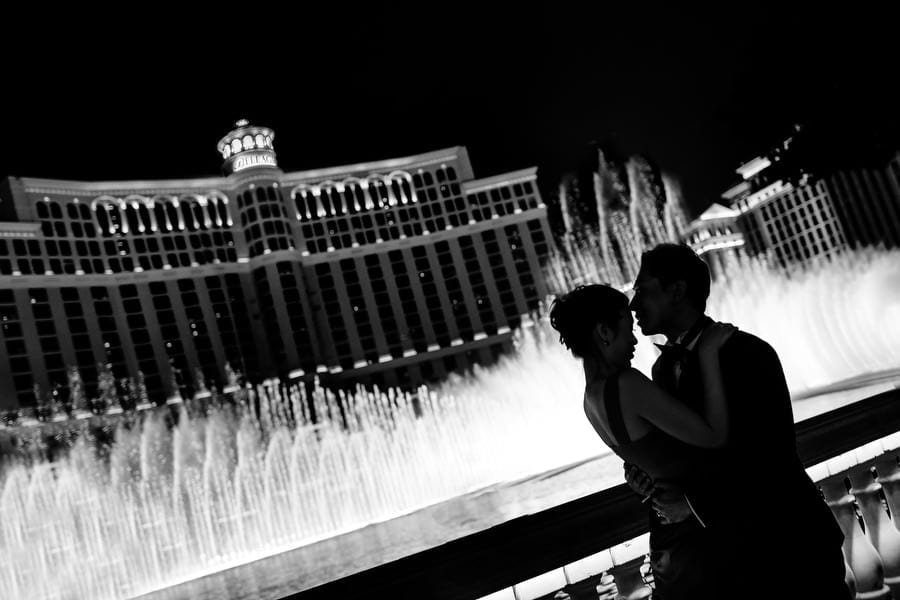 Kanice and Russell’s Las Vegas elopement gave us our first opportunity ever to photograph a couple in sin city. These two flew all the way from Hong Kong, with no parents or friends by their side, to have a simple exchange of vows at the top of the Stratosphere hotel, followed by a couple hours of romantic and colorful portraits with the two of us. We were honored to not only photograph such a significant day for them, but to also serve as their witnesses!

Kanice found us after seeing one of Lindsay’s photos recognized as one of the world’s best wedding photos of 2014 by the Huffington Post. When Lindsay received that exciting honor, we never imagined that it would mean a couple would fly themselves from Hong Kong and us from Portland to photograph them in Las Vegas. To be honest, it is a greater honor that any award either of us could ever receive. The trust and confidence that Kanice and Russell placed in us to document their wedding and bring them memories from their incredibly special trip, means the world to us.

Over the span of a few short hours, we hit the strip from end to end with Russell and Kanice. These two were serious troopers as we walked them all over town, elbowing through party going crowds and rushing to find the perfect sliver of light, in just the right moment, in order to create just the right photograph. After going through this a couple times with us, they soon got the hang of it and got a kick out of seeing where we would take them next. On our taxi rides in between locations , we talked about Hong Kong versus American culture, the wonders of Tiger Woods, and their plans for the future now that they were officially married. It was so fun getting to know Russell and Kanice and we feel so lucky to have met them. Enjoy a few of our favorites from the day!