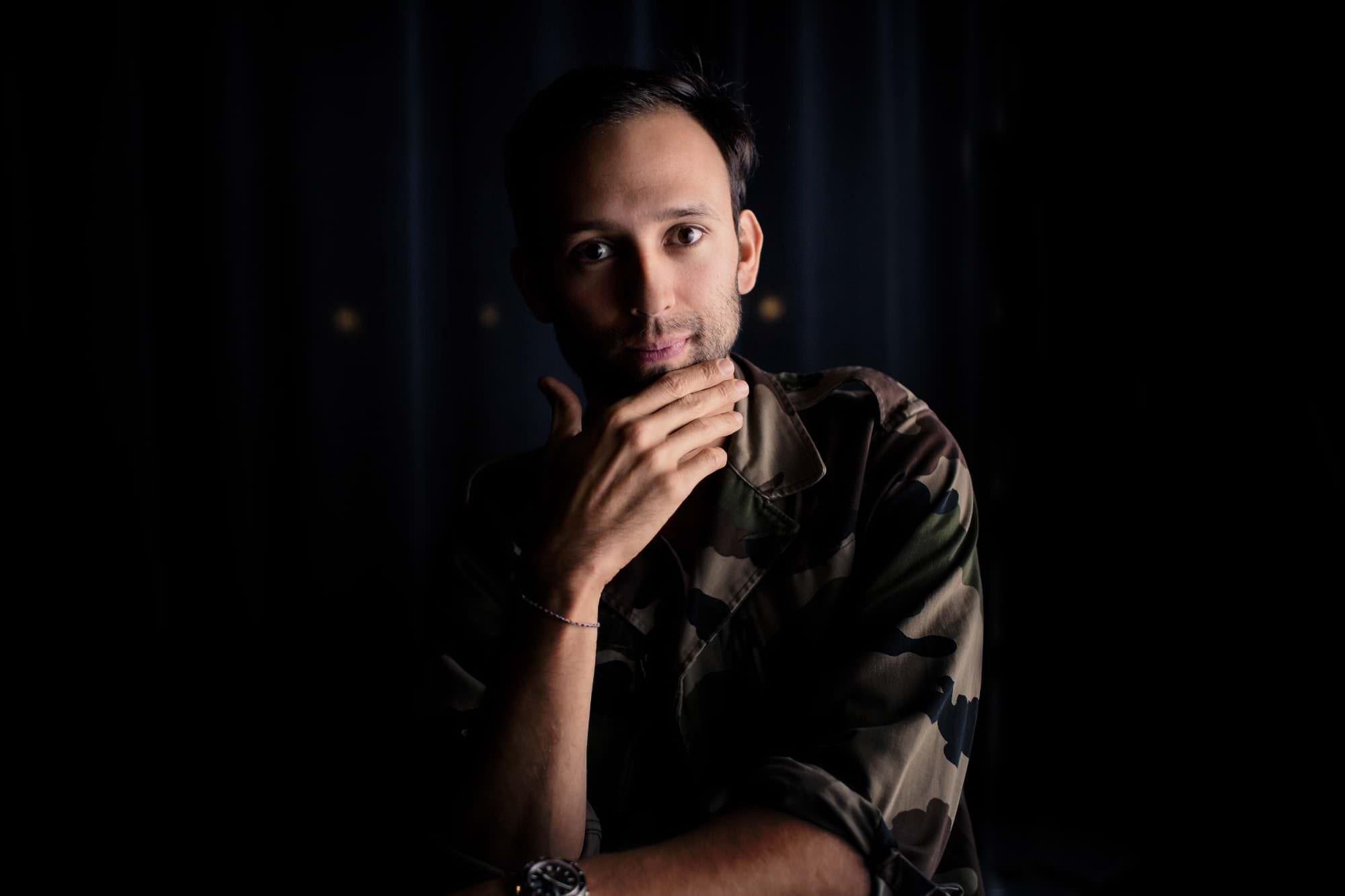 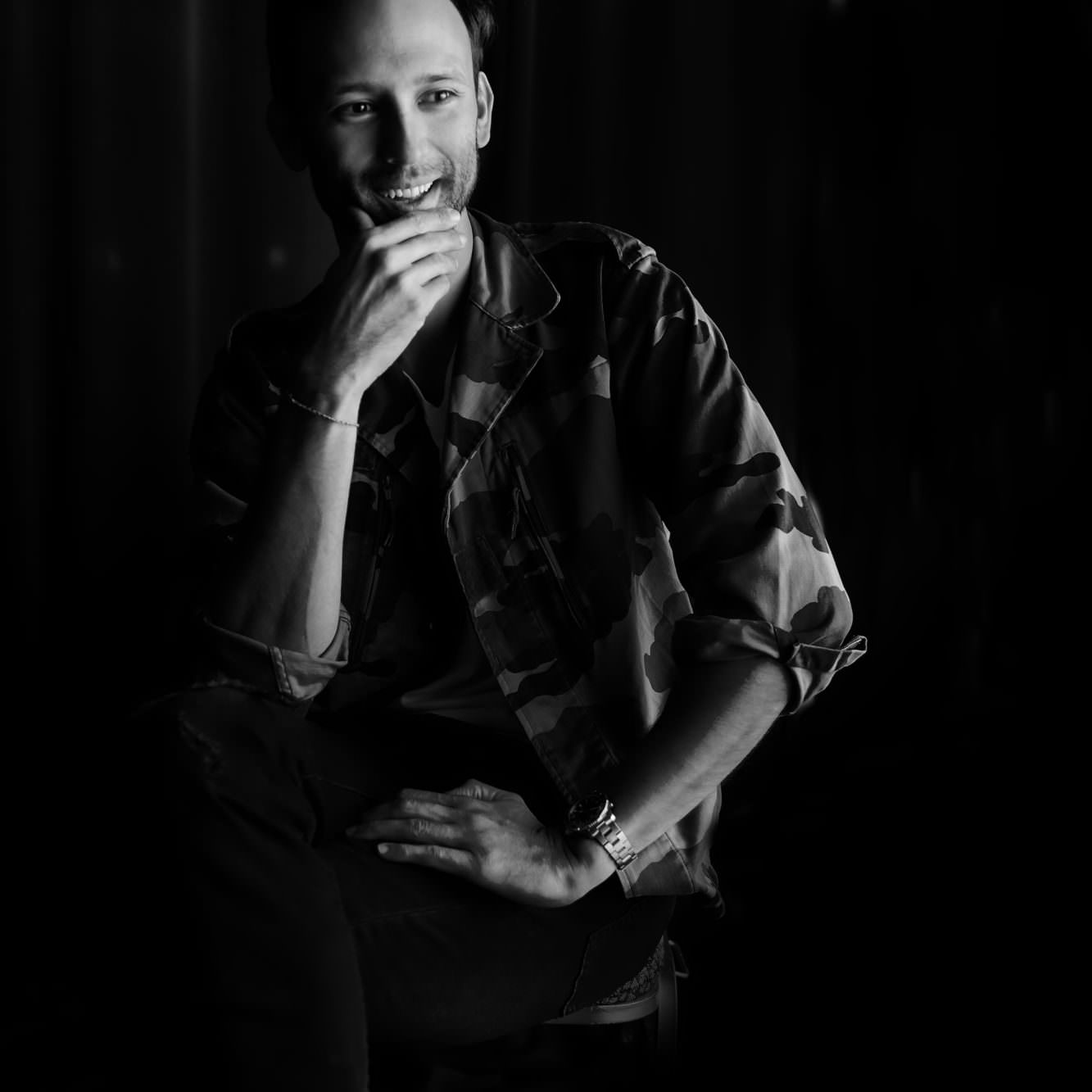 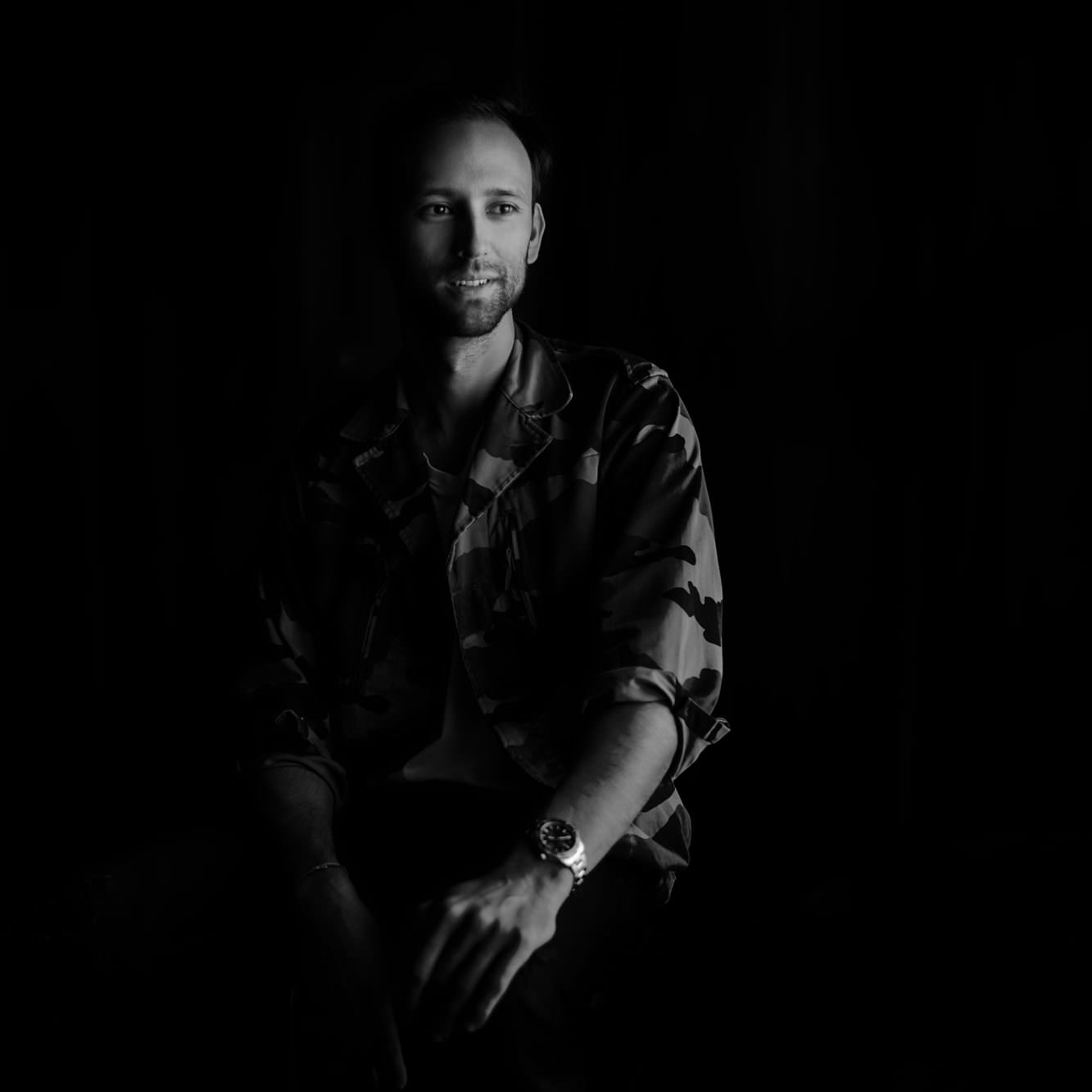 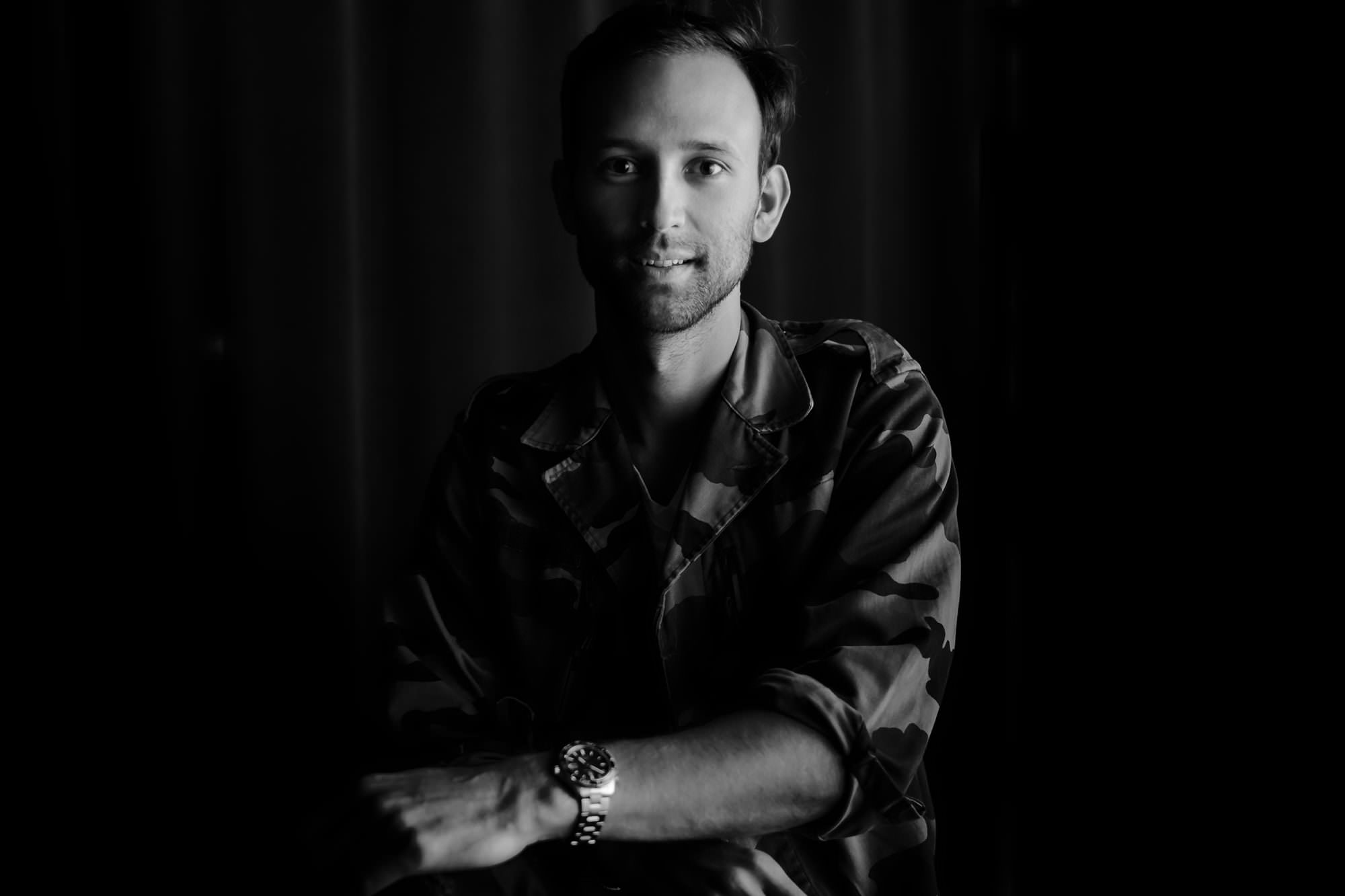 We sat down with the Founder of the popular blog, ShotKit.
Shotkit gives readers an inside look into what is in the camera bags of some of the most regarded photographers in the industry. It’s a favorite site of Stark Photography (check out our feature here) and it was such a pleasure to sit down and chat with Mark about how it all started. Read the whole interview below.

I’m Mark Kenji Condon, half English, half Japanese (although the Asian gene didn’t seem to have an effect on my height… just on the fact that I go very red when I drink beer!)

I grew up in the UK but am currently living in Sydney. The UK is a million times better than Oz, but Oz has the weather/beaches, which for me is the ultimate trump card.

I’m a wedding photographer, having only just gone full time a few months ago.

I’m also the one-man-band bashing all the drums out of time at Shotkit.

Before that I’ve had several random jobs, most of which revolve in some way around writing content.

What was the reason behind starting Shotkit?

A few years ago I came up with the idea of creating a site, which showed what people, carry in their bags. Not just camera bags, but every frickin’ bag. Sports bags, makeup bags, school bags, garbage bags…not really, but I guess that project just showed I’m a nosy bastard.

Anyway, that didn’t really get past design stage as the subject was too broad, plus the freelancer I’d hired was rubbish.

Fast-forward 6 months, (imagine a tumbleweed rolling in my brain), and I finally realise that I should be focusing on the one thing I actually have an interest in – camera gear!

The whole ‘lay it out on the floor neatly’ thing is just something I dig aesthetically in magazines. Plus it makes me want to buy things… 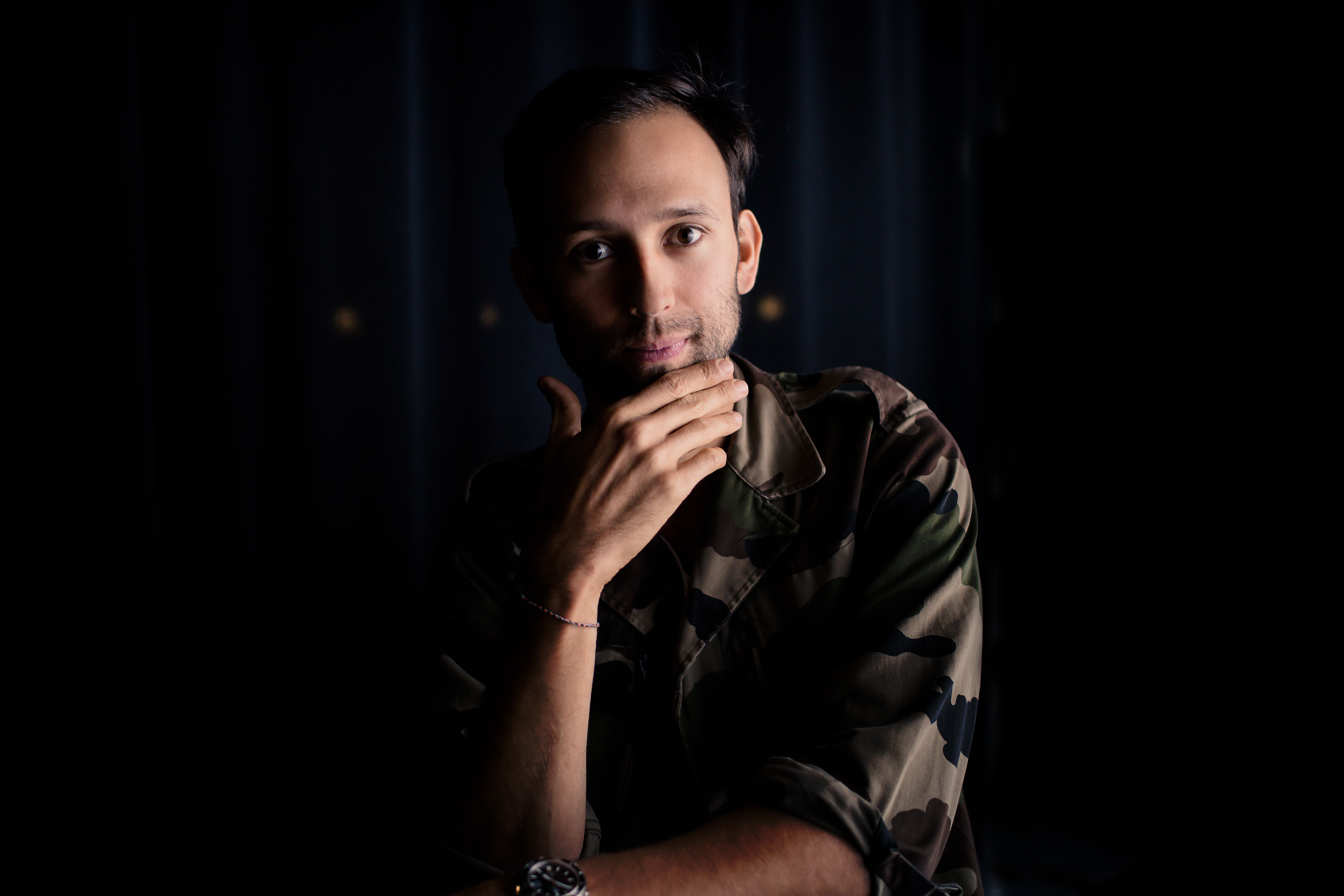 How have you seen Shotkit grow and where would like it to go?

Shotkit grew very fast initially as it was picked up by lots of the major sites. I remember being out on the golf course with my mum on the day I launched Shotkit and my phone was going crazy. Not a good look on a golf course.

It’s growing everyday, but not as fast as I’d like. I don’t think the number of Facebook Fans reflects the site’s traffic, for example. I’m working on that.

I’m trying to work out where I’d like to go with Shotkit. I seem to lack the ability to think big, which is probably why I haven’t veered very far from the initial concept in 2 years.

One thing’s for sure though – I want to keep the quality high, both of the photogs involved and of the blog posts/reviews. It’s hard on my own with a full time photography job and a baby (+ another on the way!)

I do enlist help for the odd review, and I should really hire more writers, but it’s hard to find good writers who can also take good pics. I’m also pretty fussy about the writing style.

Things to look out for this year – a big giveaway each month (Fuji, Sigma, Think Tank… lots of brands onboard!); the second edition of the Shotkit Book; a Shotkit School and a forum… possibly.

Walk us through a day in the life of Mark:

Elissa, Harry and I are currently living in temporary accommodation for a few months while we have work done on our house. Everything’s a bit topsy-turvy with schedules, but this is an average day right now:

Wake up between 4-5am. On a bad day, 3am. I basically get up when I wake up, and for some reason I seem to be consistently waking up ridiculously early.

Bust out the laptop. Check emails. Work on something Shotkit or Gold Hat Photography related for a couple of hours.

7am, 1.5km ocean swim at Manly. This is my current exercise fad. It’s an awesome event that happens rain or shine, every goddam day of the year. While we’re living so close to the sea, I thought I’d make the most of it by doing this swim at least 3 times a week. So far I’ve seen a turtle, a baby shark and the most disgusting looking giant orange jellyfish. Welcome to Australia.

Skype mum in the UK on walk home. Listen to her chat about golf. Eat breakfast – currently porridge and a smoothie. On wedding days, 3 eggs, half a tin of lentils, spinach, nuke in the microwave… add copious salsa. Try it!!

3 days a week I get the H-dog while Elissa goes to work and earns the bread. Our day consists of going to parks and making the stay-at-home-mums uncomfortable, me forcing Harry to get in the cold sea with me, him watching Peppa Pig on the iPad in a trance, and me trying to stay entertained with my #stayathomedad Facebook updates.

The other 2 weekdays I have all to myself (much to Elissa’s chagrin!) I guess I should be down at the beach sipping cocktails, but the reality is far less glamorous – you can find me hanging out at the local Internet cafe with the sweaty backpackers, working on my sites.

5pm they kick me out, so I walk home listening to a podcast. In the evening I relax by reading marketing/photography blogs on my ipad. I don’t really watch tv.

What is your view on the wedding photography industry?

From what I’ve seen of it, it seems to still be somewhat undefined. It’s like a small handful of famous wedding photogs doing their own thing, and millions of others pretending not to copy them, but whether consciously or subconsciously, we’re all copying them… or copying the people who are copying them.

I don’t think that’s a bad thing, and really, how many ways can you take a photo of a couple?!… but still, that’s how I see the majority of our work.

I see a crapload of wedding photography work via the submissions to Shotkit (incidentally, you gear-heads might like this). The trends are ones you all probably know about, and get tired of looking at – namely, tilt-shift portraiture, vintage film look, little people holding hands, silhouettes…

Then there’s the one that’s kind of annoying right now, but we all tend to aspire to (even if we don’t like to admit it), and that’s the ‘stick a couple on top of a rock in the most frickin’ mind blowing landscape you’ve ever seen’ photo. It’s like your success as a cool wedding photographer largely depends on how epic a background you can put the couple in!

I get it though. The location is way more interesting than the couple. If I had time, I’d love to do a spoof of a wedding couple on a rock on the moon. Slap on a VSCO preset, and watch as my image goes viral!

As for technology, I think we’ve got over the whole ‘switch to mirrorless as it’s lighter debacle’. I imagine there’s a whole heap of wedding photogs out there who have a Fuji X-T1 gathering dust as they’ve switched back to their dSLR.

The next big thing will probably be 4k shooters who use the stills as their photography. A few influencers are already doing this. I don’t know if I’m sold on the idea though – as we all know, shooting photography requires an entirely different mindset to recording motion. No doubt we could adapt, but it makes my brain hurt a little!

One final comment on the wedding industry – I think we only see the tip of the iceberg when it comes to the talent out there. For whatever reason, the most publicized wedding photogs seem to be a bit cliquey. They’re best buddies… they’ve shot each others’ weddings… they hang out with the magazine editors and software producers… basically they’re good hustlers! (…as well as being amazing photographers.)

Everyone who is reading this right now will know about the exact same ‘famous’ wedding photogs, but more importantly, not know about the thousands of other amazing guys and girls out there just doing their thing with no publicized recognition.

I’d love for Shotkit to feature more of these people.

If you weren’t a photographer or blogger what would you want to be doing?

I seriously have nfi! I was thinking that the other day – “what if I suddenly get bored of weddings?!”, (which basically happens every other wedding, then I get over it). “What if I can’t be bothered to update Shotkit?!” (see previous comment).

Every piece of spelling/grammar advice my late dad drilled into me. Every time I see an erroneous ‘it’s’ or a ‘your’, I feel like punching the computer screen!